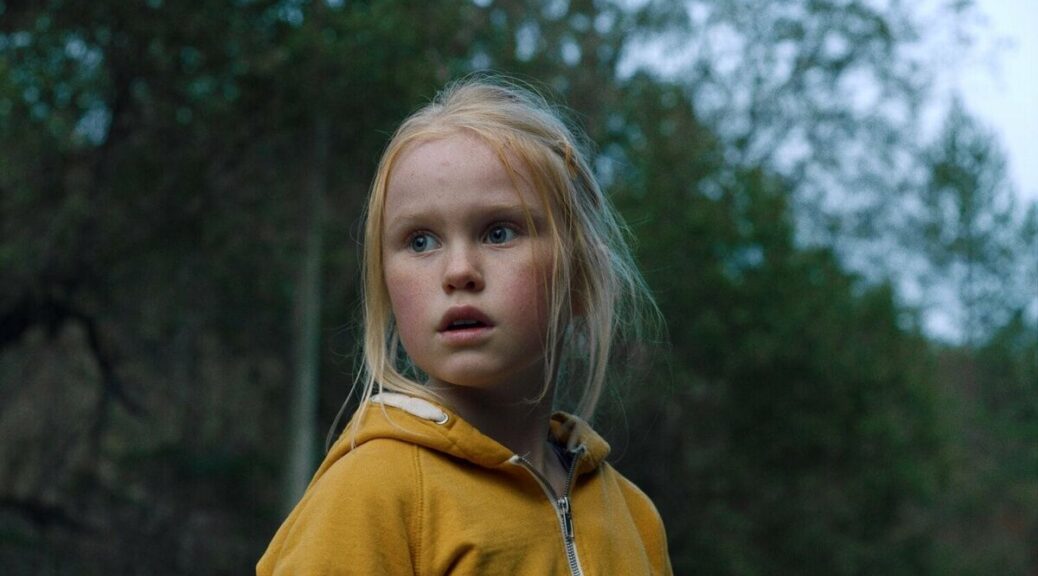 Sixty years ago, Jack Clayton and Henry James mined supernatural terror with little more than the austere atmosphere built in one spooky location and the unnerving creepiness of children.

Sure, the youngsters in writer/director Eskil Vogt’s new Norwegian horror The Innocents look more like the icy blondes of Village of the Damned, but his film shares much more than just a title with Clayton’s masterpiece.

Vogt’s first triumph is his casting. Rakel Lenora Fløttum is Ida, a cherubic blonde 9-year-old idly wandering the tower block of her family’s new apartment. She doesn’t know anyone yet and doesn’t really want to play with her older sister Anna (Alva Brynsmo Ramstad), whose nonspeaking Autism keeps Ida from seeing her as truly human.

As Ida explores the area and the looming forest just beyond, Vogt’s observant camera builds atmosphere and dread. The tower block itself is a menacing presence forever in the background, the trees on all sides penning in these children on the loose.

Unnerving cinematography from Sturla Brandeth Grøvlen (Another Round) makes tiny children appear like playthings in the foreground of towering, watching buildings. Aerials of children on bicycles, their shadows seeming to be moving the bikes, unnerve and beguile.

Slowly, Vogt unveils the reality of the situation. We learn as the children learn, and we take on their curiosity and logic as we do so. Because there are several children in this complex who have some unexpected powers. Anna discovers hers through a little neighbor girl (Mina Yasmi Bremseth Asheim) who can read her thoughts.

Ida learns that her own new friend Ben (Sam Ashraf) may not have the right temperament for his gifts.

What unfolds is an observant and often terrifying origin story of sorts. The Innocents plays like a superhero story told with none of the drama, though an awful lot of horror. These children first thrill as their abilities blossom with camaraderie and commonality. Then comes the tricky test of good and evil.

On display with unblinking eye is the casual brutality of childhood. The Innocents is a film that sneaks up on you, rattles you, and sticks around for a while after the credits roll.