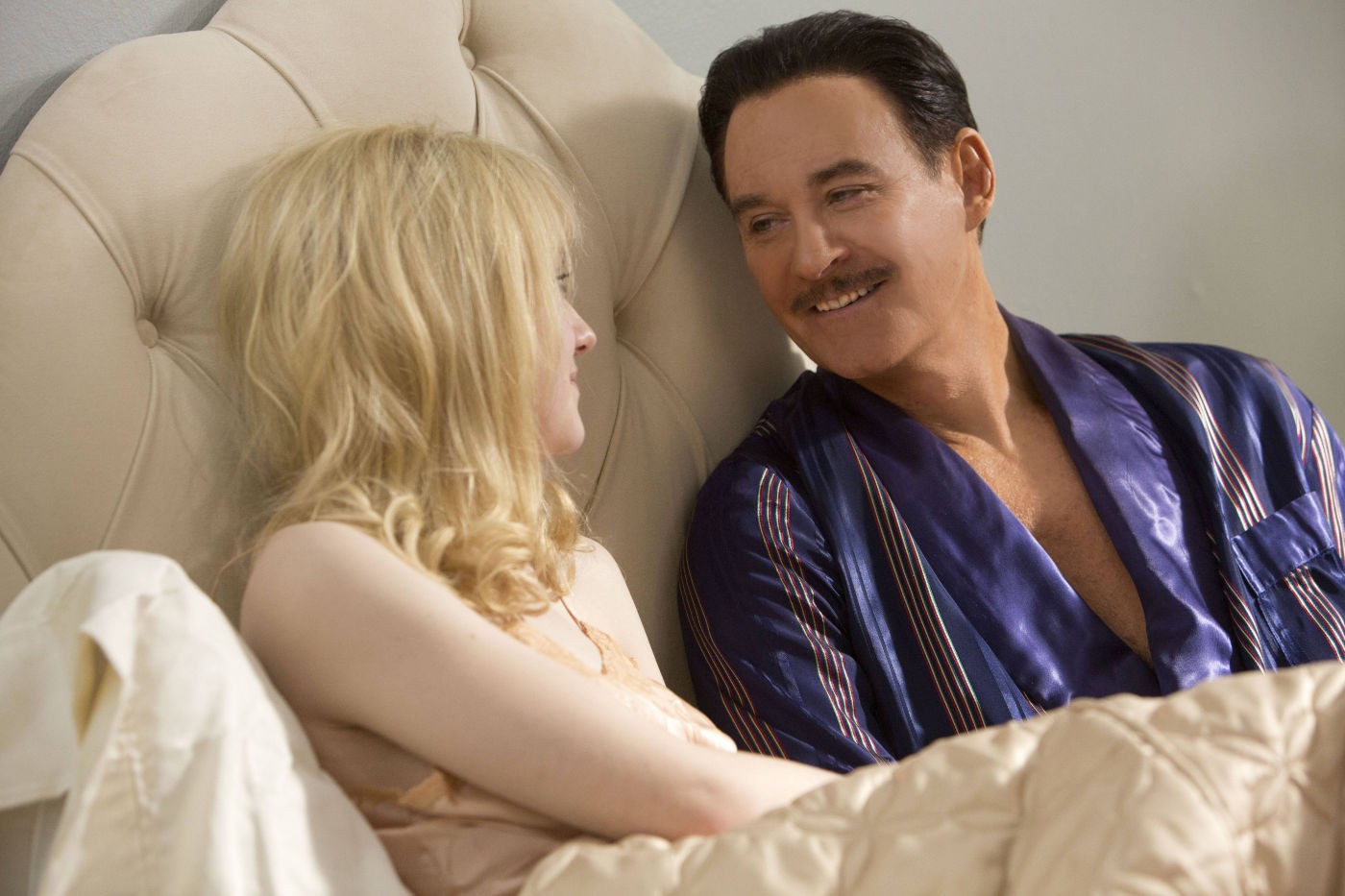 The Last of Robin Hood

Errol Flynn was a bad dude, but charming and rich enough to get away with it. Richard Glatzer and Wash Westmoreland’s accounting of his scandalous last days, The Last of Robin Hood, sidesteps the tawdry details and tries to shed some light on how it all could have happened.

For the unenlightened, Flynn is best known for his Hollywood swashbuckling films of the 30s and 40s and just slightly less known for his wicked ways. He died at 50 in the arms of his teenaged lover, whose mother was later charged with contributing to the delinquency of a minor for her involvement in the affair.

The film avoids lurid antics, mercifully, and treats young Beverly Aadland (Dakota Fanning) with respect throughout. Fanning’s performance is an understated wonder, animating a person who accepted people at face value, refused to be a victim, and managed to respect herself though everyone else saw her as a lovable pawn.

Equally wonderful is Susan Sarandon as Beverly’s scheming mother. Layered with desperation, naiveté, cynicism and star-struck gullibility, the performance reminds you of just how talented the veteran is.

As Flynn, Kevin Kline looks surprisingly like the old swashbuckler, but his performance skirts caricature. Worse still, though he certainly manages to showcase Flynn’s charisma and oily charm, he isn’t able to find the ugliness inside. His performance is too generous, which is the film’s greatest weakness. Glazer and Westmoreland seem to hold all involved relatively blameless. For that reason, their film has no teeth.

It’s a curious approach, partly because of the way Lolita – both the book and Stanley Kubrick’s 1962 film – is worked into the narrative. It would appear that Flynn recognized the similarities between his situation and that of Nabakov’s lead. While many would use this fact as an avenue into Flynn’s twisted perception, the film and Kline convey it as almost sadly self congratulatory. The tone is of melancholy rather than repulsion, or even indignation.

Perhaps the filmmakers saw no real villainy in a story where a mother passes her 15-year-old daughter off as 18 and a lecherous old perv takes advantage of the situation. There are certainly those who believe Nabakov dismissed the repugnant behavior of his character. But perhaps Nabakov had faith in a reader who could recognize an unreliable narrator, and he used that device to explore the mind of a predator who can barely recognize his own criminality.

The Last of Robin Hood could have benefitted from the same wry, weary wisdom. Instead, it chooses to point its finger nowhere in particular, leaving us with a villainless tale of a by-gone era where things were less wholesome than we’d imagined.