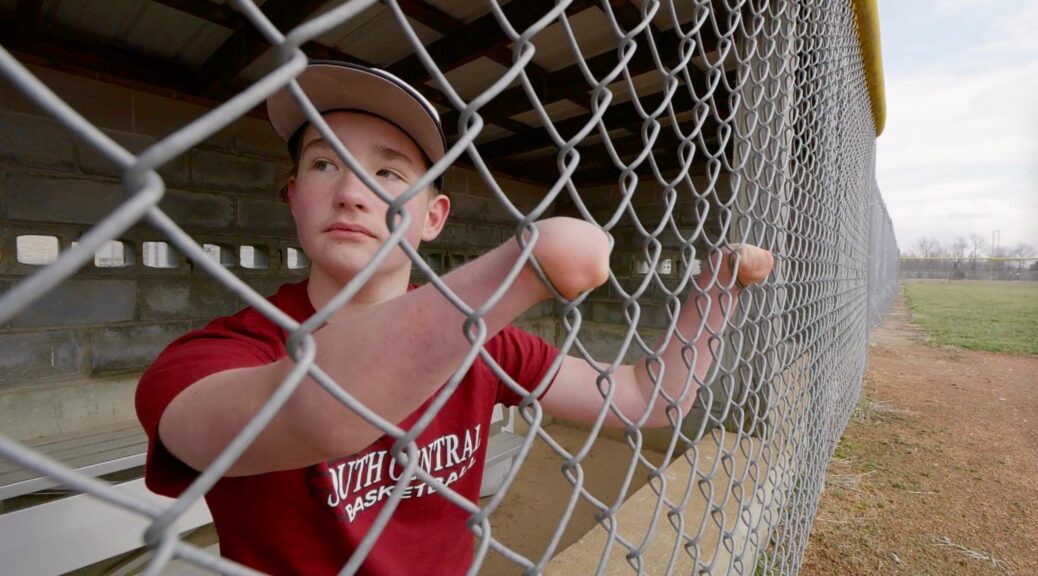 There’s nothing like an underdog story to help you forget every miserable thing that’s happened and just remember that sometimes, things go right for good kids.

If that’s what you need—and honestly, who doesn’t right now?—filmmaker Eric Cochran would like you to meet Landis Sims.

Born with a condition that left him without hands or feet, Landis Sims decided early that he was a baseball player. And he is.

Cochran’s a veteran behind the camera and it shows. He balances baseball action with home movies, interview material with fly-on-the-wall family footage to deliver something that seems intimate without feeling like an invasion of privacy.

Never showy or sensational, the film settles into an earnest, understated groove that lets the story tell itself. We’re with young Landis as his prosthetist helps him figure out how to hold a bat. We’re there from tee ball through little league to high school baseball.

Nobody has to tell you this kid works hard. Nobody has to take you aside to point out that he’s actually quite a good ball player. Cochran lets his images speak for themselves.

The footage is often remarkable, and the way Cochran uses his camera to create echoes of Landis over the years bridges time. Following him for 8 years gives the documentary the intimacy of Richard Linklater’s 2014 masterpiece Boyhood.

Mercifully missing those maudlin moments that so often mark “inspiring true story” docs, Just Watch Me sidesteps wallowing and trauma because it doesn’t suit the subject. It doesn’t seem part of Sims’s makeup. This is not to say Cochran shies away from the reality of this particular life, just that there’s no manufactured sentimentality.

There’s nothing forced or false about the documentary. It sometimes feels as if Just Watch Me repeats information in an attempt to stretch its running time to feature-length, but it’s not hard to justify a few extra minutes with this extraordinary kid.