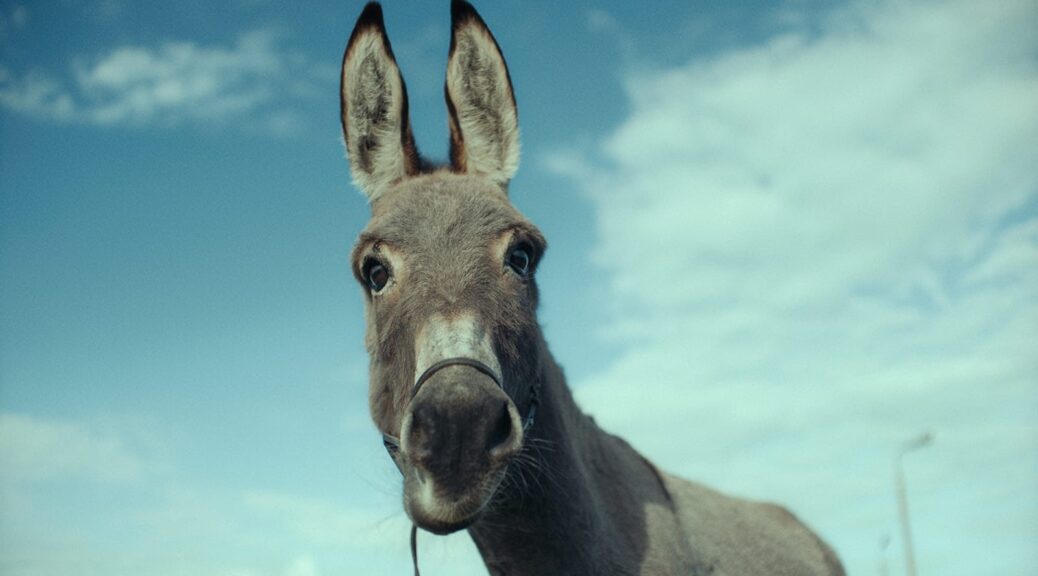 Little donkeys are having their moment, aren’t they? EO, the star of Jerzy Skolimowski’s latest, has a lot to live up to if he’s going to shine as bright as The Banshees of Inisherin’s Jenny. Of course, he doesn’t have to share the spotlight quite as much.

This is not to say that the little grey donkey is alone for the narrative film’s 90 or so minutes. As he meanders across Europe on a grand adventure – well, life – he does come across any number of souls, some of them human (including a priceless cameo from the great Isabelle Huppert).

As we open, EO is a circus performer, beloved partner of the Great Kassandra (Sandra Krzymalska). But protestors shut down the circus, separating the two, and we follow EO.

Back in 2016, Todd Solondz made a profoundly Todd Solondz movie called Weiner-Dog that followed one dachshund through a number of different owners. Told in vignettes, the film provided a dog’s eye view on a world of pathos and existential dread. It was absurd.

As absurd as EO sounds on paper – a donkey’s perspective on life, more or less – Skolimowski is entirely, often gorgeously serious, and utterly sincere. Our hero – a sweet and good boy if ever there was one – is not anthropomorphized. He’s a donkey, always and only a donkey, but it is his point of view we take nearly the entire tale. The approach generates almost unendurable empathy because things do not always go well for little EO.

Michael Dymek’s camera doesn’t stay strictly with EO’s eye view. At times we soar above the trees with a bird, and there are moments of human interaction that take place just outside of EO’s perspective. These sequences are, above all, stunning to view. Dymek’s cinematography amplifies the danger and joy in freedom with exquisite framing and rapturous movement.