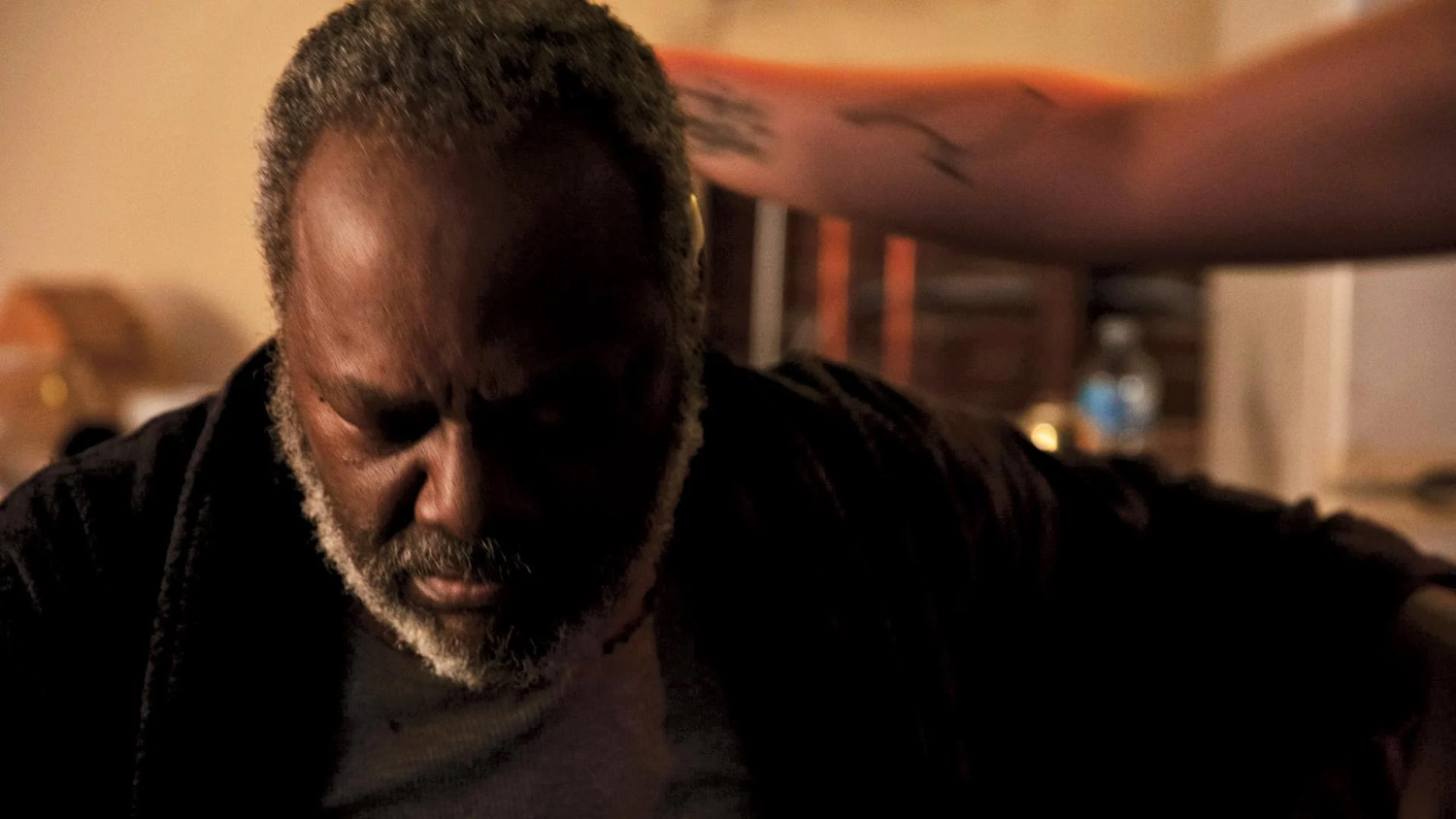 The Killing of Kenneth Chamberlain

Movies set in a single location have always been a favorite of mine. The intimacy and the claustrophobia can almost become unbearable. Like a stage play, this kind of film also becomes a showcase for the actors. The Killing of Kenneth Chamberlain is no exception.

Set in the wee hours of the morning, The Killing of Kenneth Chamberlain follows the events that led to Chamberlain being killed by White Plains, New York, police. Chamberlain (Frankie Faison, Do the Right Thing, The Silence of the Lambs) is an elderly veteran with bipolar disorder who lives alone. After accidentally setting off his emergency medical alert system, Chamberlain is awakened by police sent to perform a welfare check. Afraid and agitated, Chamberlain refuses to let the police into his apartment. Events escalate after the initial officers call in backup, and maintain that they will enter Chamberlain’s apartment by any means necessary.

There’s no secrecy around what’s eventually going to happen in The Killing of Kenneth Chamberlain – I mean, it’s in the title. However, that doesn’t make the entire 83-minute running time any less anxiety-inducing. Director David Midell does a terrific job allowing the tension to slowly and excruciatingly build as the situation between Chamberlain and the police deteriorates. It’s one of the most uncomfortable, but riveting, films I’ve watched in ages.

The ripped-from-the-headlines storyline feels only all too real in the latter half of 2021. Midell’s film is certainly a commentary on police misconduct, but also how even the most trivial situation can escalate unnecessarily. Knowing that the film is based on a true story only makes it more frustrating and upsetting.

Faison is mesmerizing as the titular character. We only meet Kenneth Chamberlain for a short period of time, and Faison brings the character’s humanity to the forefront from the beginning. It’s a high-energy performance that never loses any ground and commands the audience’s attention from the get-go. On the flipside, Enrico Natale does a wonderful job playing a conflicted rookie officer. It’s a character that goes back and forth with audience sympathy, and Natale seems to know that. Despite being one of the few officers with a conscience, his character still toes the line and Natale beautifully conveys the guilt, hesitancy and fear the character feels throughout the film.

Through deft use of the setting and a handful of outstanding performances, The Killing of Kenneth Chamberlain materializes as one of the more powerful dramas of the year.