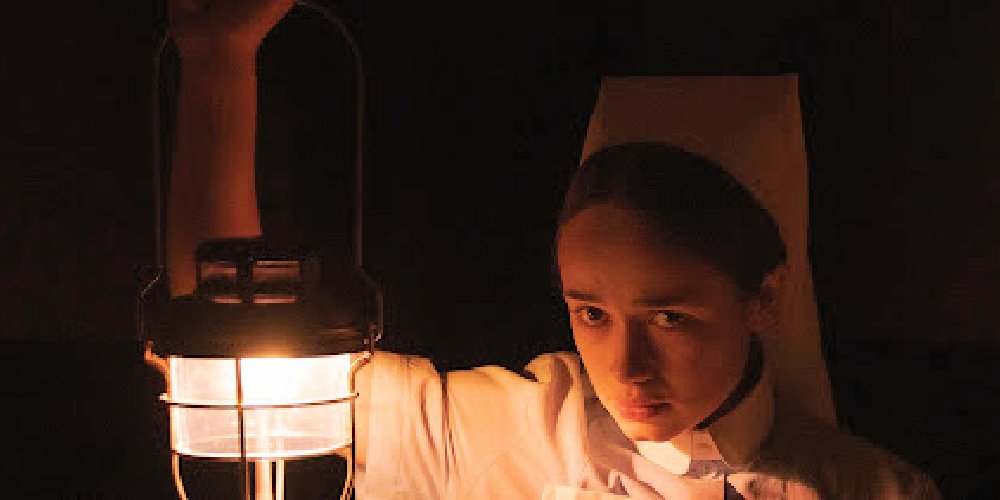 Today is Val’s (Rose Williams) first shift at a rundown London hospital. It’s 1974, and a coal miners’ strike means rolling blackouts. Val hadn’t anticipated still being at work when the lights went out, but a power struggle with Matron (Diveen Henry) means putting up or shutting up.

Unfortunately, Val’s not great with darkness.

Williams provides a tender central figure, terrified of everything: her new bosses, the sprawling building itself, the dark, failure. Val doesn’t get a lot of support from the rest of the staff, particularly one creepy janitor, a repugnant handyman and a viciously catty colleague (Emma Rigby, spectacular).

When the abuses turn supernatural, Faith begins to dig into the real terrors that faced women in 1974 (and in 974 and in 2021). But the filmmaker never abandons her ghost story in favor of a podium. The Power is an effective allegorical tale, but before that it’s a spooky horror story set in an old hospital.

Why are those always so scary? Session 9 may be the high-water mark, but Faith taps into our fears of the powerlessness that comes with illness and institutions, and she exploits them.

The director makes good use of familiar elements—the Seventies vibe, the crumbling edifice, the darkness—and not only to create an unease that heightens the scares. She crafts an environment that amplifies and clarifies the theme, whether it’s the strike, the systemic sexism and classism, or just the insidious nature of abusing and silencing those without power.

Wonderful performances throughout elevate story tropes that could get old, and the filmmaker’s instincts for using light, shadow and reflection give the film an eerie quality that’s hard to shake.