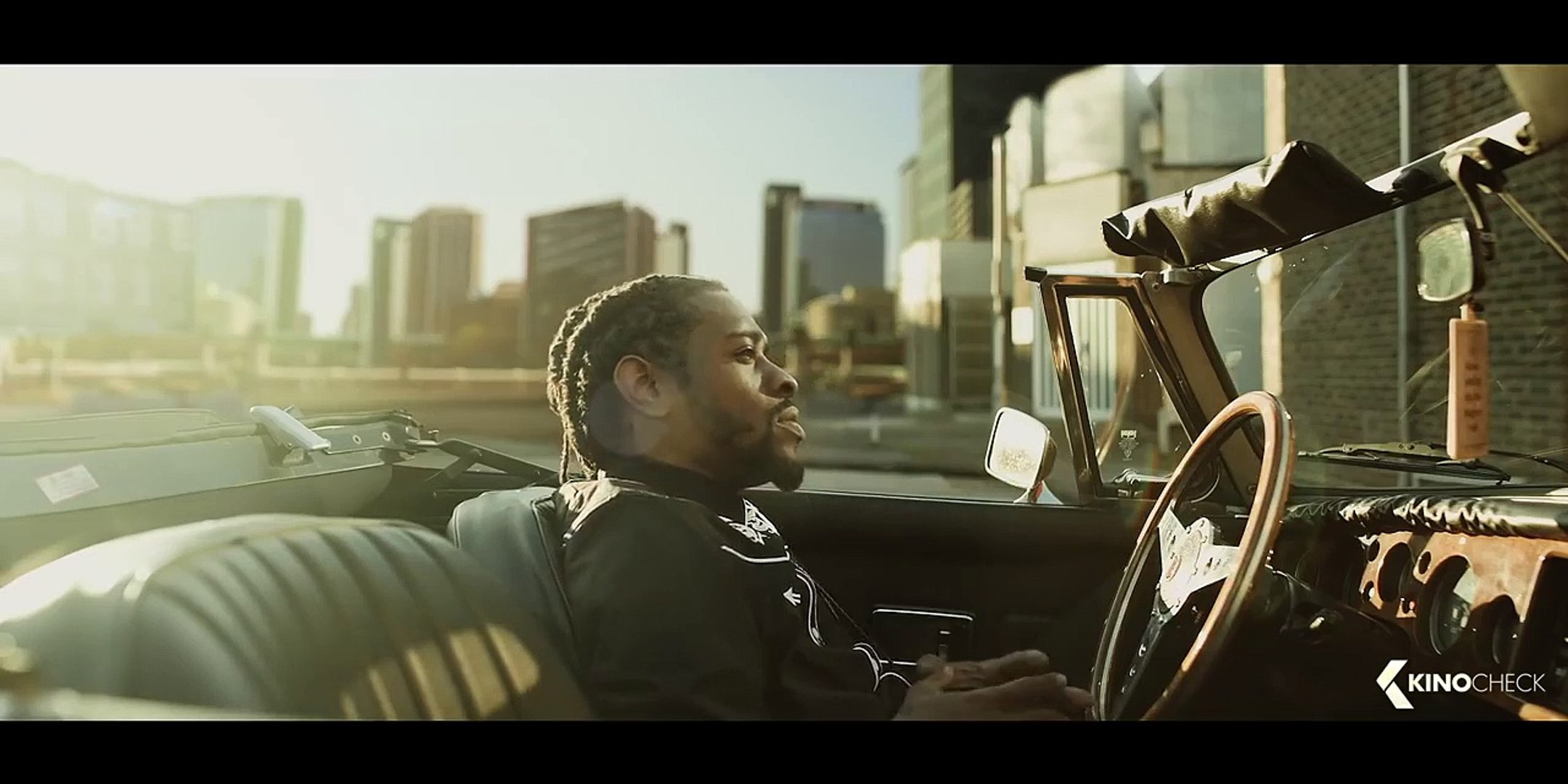 The story of a bank heist gone awry, writer/director Marcus Flemmings’ Blonde. Purple owes a great deal to Quentin Tarantino’s Pulp Fiction. Both films share a nonlinear structure, include references to pop culture, have a dark sense of humor, include characters speaking in verbose monologues quoting Great Works of Literature, and have key scenes taking place in a little diner.

In the case of Blonde. Purple, there is more of an identifiable A storyline. Julian Moore-Cook’s bank robber has retreated into a mortgage lender’s office at the bank he was trying to rob after his partner was shot by the cops. In his attempt to flee, he left the cash behind but grabbed a 16-year-old girl as a hostage (Ellie Bindman).

Soon a police crisis manager calls him on the phone to try to negotiate next steps.

How the various elements came together to get both the robber and hostage to this point are covered in the other sequences preceded by intertitles.

Moore-Cook and Bindman are not particularly strong actors. Their banter is ok, but their more emotional moments tend to be somewhat over the top—more appropriate to the stage than the screen.

Adam J. Bernard does strand out as Nath, the partner who was shot. His performance in the flashbacks is more natural and a monologue he gives on the difference between films and movies citing Nicholas Cage projects is charming.

Overall though, the movie is weak with some scenes that seem included simply to give more actors parts to play rather than to contribute to the plot. Also somewhat jarring is the fact that about half of the actors speak with British accents. It gives the film a bit of a Guy Ritchie vibe but adds to a sense of confusion as to the setting.

If the fun of Pulp Fiction was its post-modern remix of pop culture tropes, Blonde. Purple feels like a copy of a copy of a copy, unfocused and messy. It lacks the sense of innovation and the style that made Tarantino’s work so groundbreaking in the 90s.