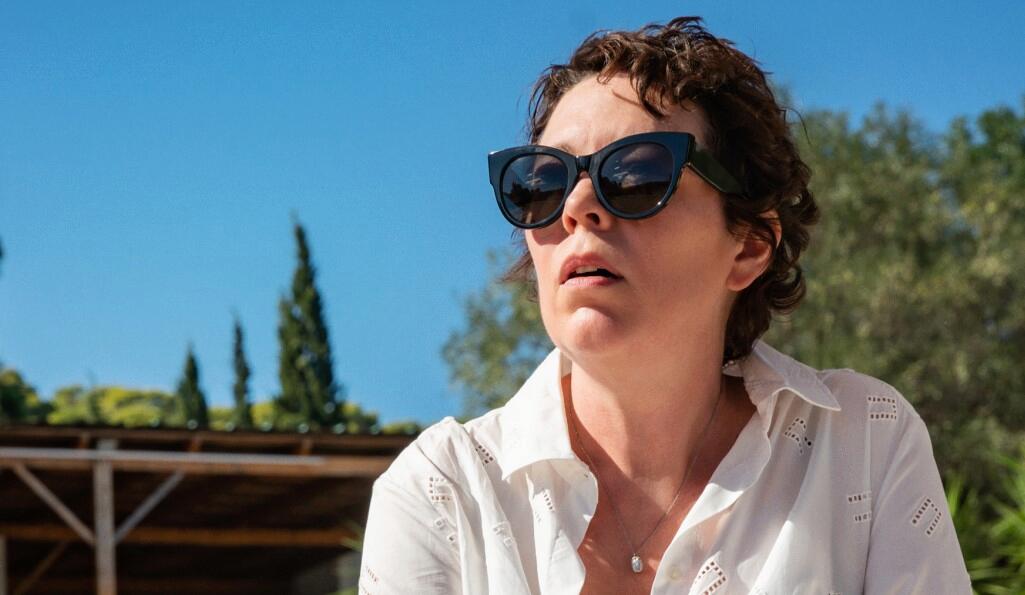 The veteran actor moves behind the camera to capture a weeklong holiday in Greece. Leda (Olivia Colman) lounges seaside and scribbles notes for another book. Little work gets done, though, thanks to the very large, very wealthy, very rowdy family that crowds the beach each day, but one member of that family sends Leda’s mind reeling back to her own youth.

Jessie Buckley’s young Leda captures the rich and volatile version of the woman Colman delivers on the beaches of Greece. The two performances never mirror or mimic each other. Rather, Buckley’s frustration and passion inform the reflective but still impetuous middle-aged woman taking stock of her life.

An actor whose unerring talent feels effortless, though no doubt it is not, Gyllenhaal draws that same kind of vulnerable, raw performance from her leads. Both versions of Leda surprise with a balance of moments, both ugly and dear. Anger lies behind their eyes, as well as longing and the regrettable loneliness of an outsider.

Colman conveys enormous emotional weight with her physical performance. The way she holds herself, the expressions that linger on her face, the changes in her gait—all of it articulates the particular suffering of this human in a way dialog never could.

Gyllenhaal frames the film as if to point out that the story is there, and is important, but of equal value is the way Leda sees the life unfolding around her. The approach is genius but unforgiving. A lesser cast could peter out with this level of attention. Luckily for all of us, Gyllenhaal’s uniformly subline cast (which includes Dakota Johnson and Ed Harris, both marvels) meets the challenge.

The deliberate camerawork in The Lost Daughter crafts a disquieting spell. Whether so close to an embrace you can almost smell the baby shampoo, or holding a distant glance at a stranger long enough to ensure its discomfort, Hélène Louvart’s cinematography disconcerts — as it did in Eliza Hittman’s 2020 treasure Never Rarely Sometimes Always.

Adapting Elena Ferrante’s novel, Gyllenhaal challenges romantic preconceptions about motherhood (sometimes quite bitingly, thanks to lines delivered with acidic precision by the remarkable Colman). The film acknowledges what is given up, what is lost, when you essentially transfer ownership of yourself—your time, your attention, your future—to someone else, to your children. The theme is deeply and honestly felt, and that, too, is unnerving.