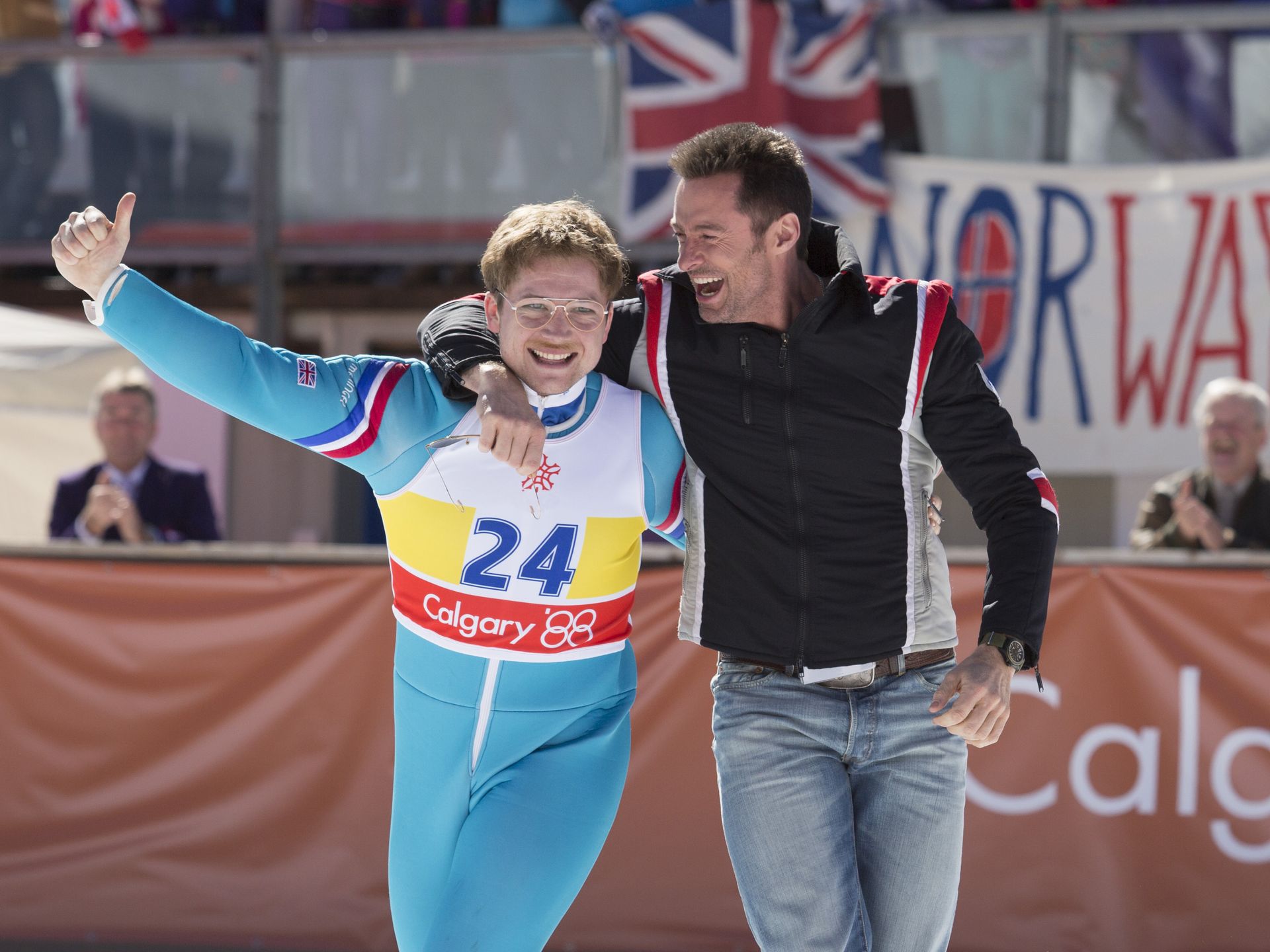 If you are a sucker for plucky underdog stories, has Eddie the Eagle got a movie for you! Based very loosely on the story of British Olympic ski jumper Michael “Eddie the Eagle” Edwards, director Dexter Fletcher’s film is far more interested in feeling good than digging in.

Taron Egerton (Kingsmen) plays Eddie with as much charm as the screen can hold. The performance marks a serious physical transformation for the actor, but it’s the endearing characterization that keeps the film afloat.

As a wee, myopic lad back in blue collar Cheltenham, UK, routinely heads out the door to find a bus and follow his dreams of becoming an Olympian, it’s hard not to immediately fall for this sweetly tenacious character. He never loses that dream as he grows up, finding more realistic pathways toward his goals – he was actually among the best speed skiers in England. But obstacle upon obstacle eventually redirect him to ski jumping, regardless of the fact that he’s never ski jumped before, or that England had no ski jumping team.

The facts of Edwards’s journey toward the 1988 games in Calgary are blurred and blended in favor of an 80’s style comedy, and it’s hard not to think that a more honest adaptation of his truly unique road to becoming an Olympian might have made for a more interesting film. Instead, he goes to Germany, finds a begrudging mentor in a failed Olympic hopeful with a bad attitude and a drinking problem (Hugh Jackman), and eventually charms the world.

The film is endlessly sweet with a focus, unlike other sports biopics, not on competition and success, but on the struggle and the dream. Unfortunately, the frothy confection does more to emphasize something quaint rather than something heroic – and Edwards’s commitment to his goal truly was heroic.

It’s a soft hearted and well-meaning film, just as cliché-riddled as any other sports flick, but somehow the gentle underdog at the center of it all remains as easy to root for today as he was in ’88.