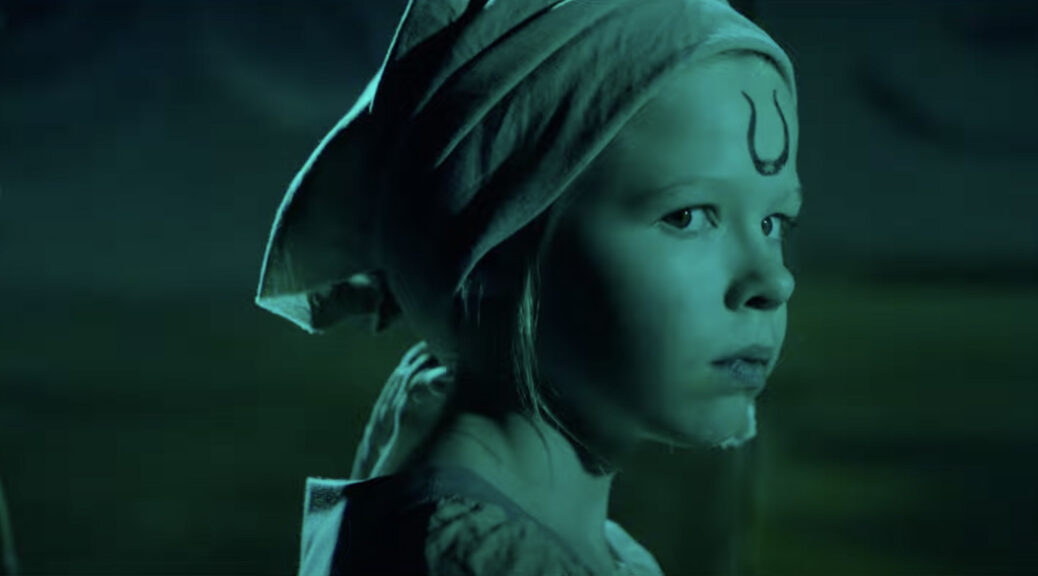 A bog is a nice spot for horror, eh? You think you’re walking along a lovely field when suddenly, you’re sucked in. Like quicksand, only mossier.

Betriek (Sallie Harmsen) and her daughter Hanna (Noor van der Velden) live with Hanna’s grandparents on the edge of one such Dutch mire in Nico van den Brink’s Moloch. A body just turned up out there, perfectly preserved for maybe hundreds of years.

And then another appears. And another. And another—each a female from a different era. The discoveries trigger other unusual behaviors, all of it corresponding with the town’s celebration of an unsavory history.

It sounds a little contrived, a little familiar, but van den Brink’s naturalistic approach to the story offsets any hokeyness. Harmsen’s spooked but reasonable lead makes for a clear-eyed hero, one who rails against her lot in life quietly but surely. Her choices sometimes feel erratic but never unnatural, and the cast around her shares a lovely and reasonably strained chemistry.

All performances are more raw than polished, which amplifies an authenticity struggling to anchor the supernatural elements.

Because scary stories are scarier if you believe them.

Not that the film ignores its spectral side. Ringing bells, musical interludes, moments in an aquarium and other highlights of the film’s sound design lend Moloch a supernatural eeriness that deepens its dread.

Van der Velden shows keen instincts for allowing his tale to unravel in its own time. Close attention to detail allows a rich understanding of the story Moloch tells. Whether you devote that kind of attention to the film or not, Moloch gets its point across.