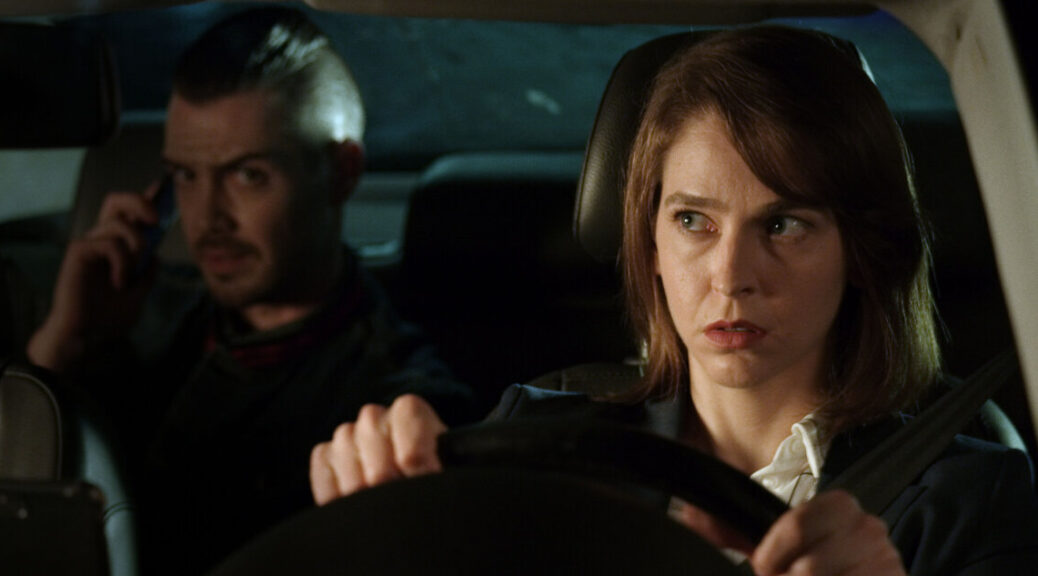 Expectations are a hard thing to contend with when watching movies. Whether it’s the actors present or the filmmaker’s previous work, one can’t help but think something along the lines of, “Oh, well I know where this is going.” Many movies don’t subvert those expectations, but thankfully there are enough of them out there that do throw exciting curveballs at the audience. While not a new cinematic classic, Endangered offers up a compelling twist on the hostage thriller.

Alison (Natalie Zerebko) is making ends meet as a rideshare driver on the roads of Orlando, Florida. Most of her passengers are the standard fare of obnoxious young people, talkative oversharers, and silent couples. Alison’s monotony is doused one evening after picking up a secretive passenger (Michael Olavson). The passenger looks nothing like his account picture, and his stand-offish demeanor instantly puts Alison on the defensive. As the night wears on, these early red flags will only mark the beginning of a chaotic night.

From the start, it was hard not to think of Michael Mann’s Collateral while watching the first half of Endangered. There aren’t very many thrillers that predominantly take place in a car, but out of those that do, Collateral stands heads and shoulders above the rest. Thankfully, the setting is where the similarities cease and Endangered is able to carve out an identity all its own.

Circling back to expectations, director Drew Walkup wisely shakes things up early. We’ve all seen hostage thrillers like this before, and some well-placed surprises rocked me back on my heels just a little bit. These twists – if you will – never cheapen the narrative momentum and feel lock-step with where Walkup was driving the story from the beginning.

The chemistry between Zerebko and Olavson is the glue that holds the film together. Without their tandem captivating performances, the film simply wouldn’t work. Both are able to draw empathy and fear at different times. To say more would potentially spoil the back half of the film.

While maybe not the most technically polished thriller of the year, Endangered makes an impression through clever plotting and two strong leads.