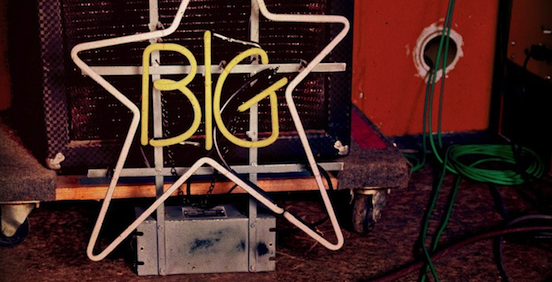 Big Star: Nothing Can Hurt Me

There’s something both familiar and weirdly backwards about the film Big Star: Nothing Can Hurt Me, a documentary that follows the path of a talented, promising rock band as it hurtles toward obscurity.

This is a film about a band so indie only the indiest of indie bands even know them; a band so underground that they inspired nearly every seminal act of the Eighties and Nineties alt rock movement; a band so obscure that they spun off into other bands that opened for punk acts you probably never heard of at CBGB’s. But, you totally know the That Seventies Show theme song, which is an obscure Cheap Trick cover of a Big Star song. So it’s not like they’re make believe.

The doc follows the career of Alex Chilton – you know, like from that Replacements song – and his Memphis band Big Star, who changed the foundation of rock music without ever really being heard by more than a few hundred people at a time.

Chilton charted a #1 song in his teens, singing “The Letter” with the Box Tops. By 1970, the Memphis youngster joined up with local musician/songwriter/budding producer Chris Bell and his buddies. They took advantage of a fruitful situation with local label Ardent Records, and the stage was set for what might have become the city’s next Sun Records-style phenomenon.

Over the next couple years, with a little band reshuffling, Big Star recorded two more albums with Ardent – all three of which landed in Rolling Stone Magazine’s list of the 500 best albums of all time.

I’m sorry – who are these people?

When you talk about the seminal Memphis acts, Big Star might not outshine Elvis, Aretha Franklin, B.B. King, John Lee Hooker, or even Jeff Buckley – so why spend two hours with their music? Well, that’s not always entirely clear. The doc plays only enough snippets of the band’s work to pique interest, while its focus meanders to the point of frustration.

Still, filmmakers Drew DeNicola and Olivia Mori seek not only to clue you in on the greatest band you never heard of, but also to cast a glance at a little known revolution in Memphis music, one that came and went before its time, but impressed every music critic of the era and laid the groundwork for what we now know as alternative music.

So, you know, thanks.