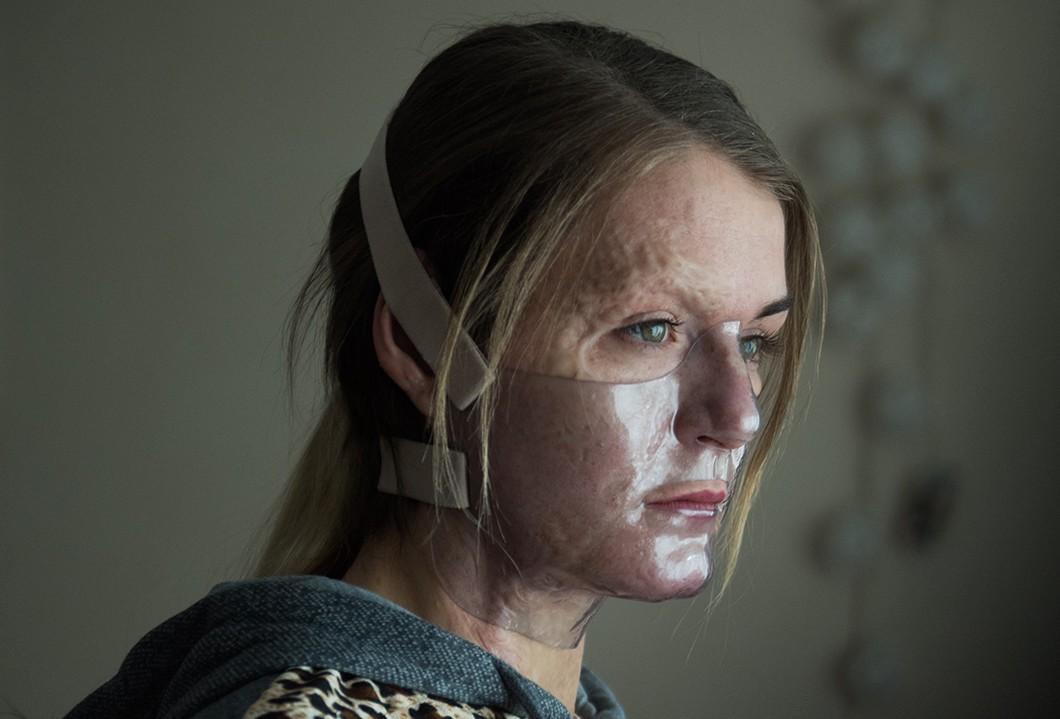 There is an unerring authenticity about the slice of life that is Dirty God. Co-writer/director Sacha Polak sugar coats nothing, wallows nowhere, and dares you to judge Jade (a breathtaking Vicky Knight), regardless of her behavior.

The film opens on Jade, barely out of her teens, as she stares toward the camera, her face partially covered by a clear plastic mask. What you can see is badly scarred. This is her last day in what appears to have been a very long stint in the hospital. The reasons are fairly obvious.

Back at the flat she shares with her own mother and toddler, Jade doesn’t adjust well. Business as usual bumps up against wounds—physical and emotional. No one, Jade included, seems to be dealing with the issue at hand.

What follows is a downward spiral, Jade making one self-destructive decision after another. You’d think that “rock bottom” had been hit when  her ex threw that acid in her face, but the ugly truth is that there was a lot farther Jade had to fall. It isn’t fun to watch, but thanks to Knight’s understated performance and Polak’s unflinching gaze, you never want to look away.

In other hands, this could feel maudlin or worse. But Polak doesn’t fetishize Jade’s suffering. She bears witness, but the overriding tone is of empathy, not sympathy.

The approach is provocative because Jade’s torment is almost inconceivable. Few of us could honestly imagine it. Polak doesn’t soft peddle, and she doesn’t let the viewer off the hook with a pitiable or noble character.

Knight, herself a burn victim, has never acted before. Her performance here, obviously informed by her own experience, is a minor miracle. There’s not a wasted gesture, not an overwrought emotion. The impact of that is jolting.

Dirty God—a film about self-image and the unfair reality of limitations—makes other “coming of age” style films feel like soft drink ads.