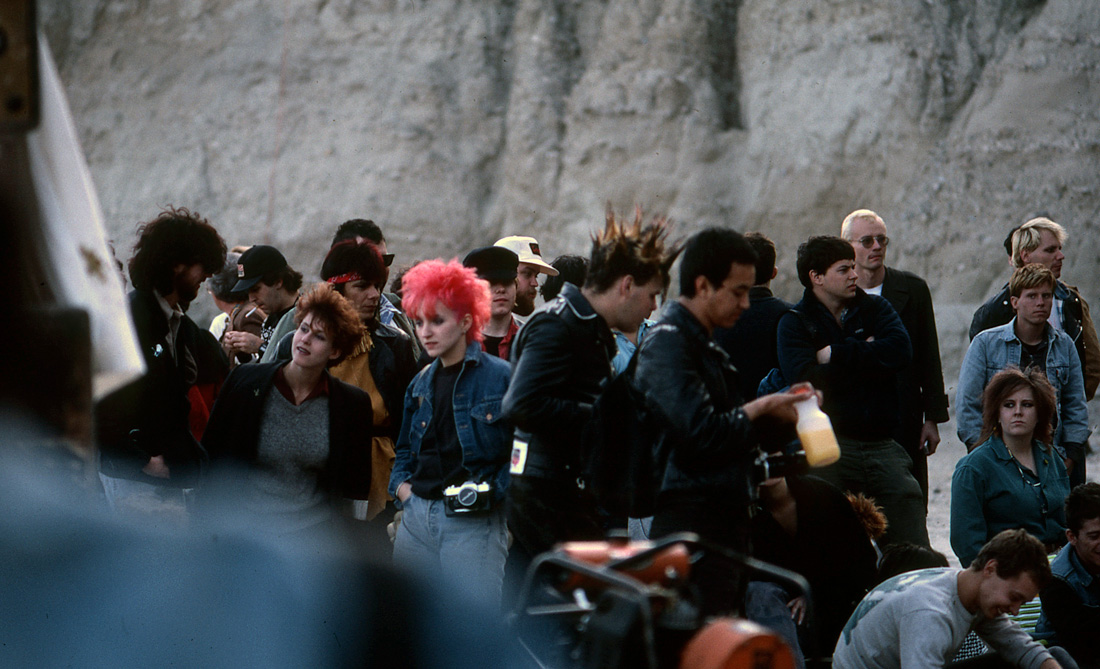 Director Stuart Swezey has a personal interest in telling the story of Desolation Center and the five truly unique events they coordinated in the mid-1980s. As one of the primary figures involved in the organization of these events, he has a lot of information on the subject.

And we’re lucky that Swezey decided to delve into his catalog of archival footage because there is a lot of amazing material presented in his documentary, Desolation Center. Through primary source material, interviews with the musicians and artists who performed, and event attendees, the documentary is an engaging historical look at a definitive moment in punk music history.

A brief history of the Los Angeles punk scene in the 1980s opens the film. The police department in Los Angeles was quick to break up punk shows, storming into venues and raiding the scene, interrupting shows and arresting concert goers. It was this perpetual harassment that led Swezey to the idea that they hold a show in the desert.

From the archival material, you get a sense of the intimacy of the first show. There are fewer than one hundred people in attendance, but a truly unique and awesome experience is conveyed through the existing video. From footage of the ragtag group of punk fans traveling on buses to the desert concert (which featured Minutemen and Savage Republic), the audience gets a glimpse at how monumental this was for the people who attended, performed, and organized the event.

The best part of Desolation Center is the archival photos and videos from the shows. Though the first show is small, word of mouth spreads, and the second desert show is bigger as evidenced by the footage from the second event. The second show’s line up included Berlin’s industrial band, Einstrüzende Neubauten and performing artist Mark Pauline, whose shows were astonishing if not entirely safe (at one point he attempts to blow a boulder from the side of a mountain during the show, but thankfully for those in attendance, it’s an unsuccessful endeavor).

Footage from the next three shows – which take place on a boat, back in the desert, and in a warehouse, and include bands like Sonic Youth and Meat Puppets – help the audience understand the experience. The shows are extraordinary events, and while watching the documentary, one feels lucky to be given the chance to see the astounding performances.

The interviews, at times, help the audience understand what it felt like to be a part of Desolation Center. Other times, they overinflate the experience. Swezey’s best course of action would have been to let the footage speak for itself, but his choice to include so many interviews may have been due to the film disintegrating over the years – some of the vintage film has clearly seen better days.

However, Desolation Center is a fascinating documentary and a great addition to the illustrious – and infamous – history of punk rock.