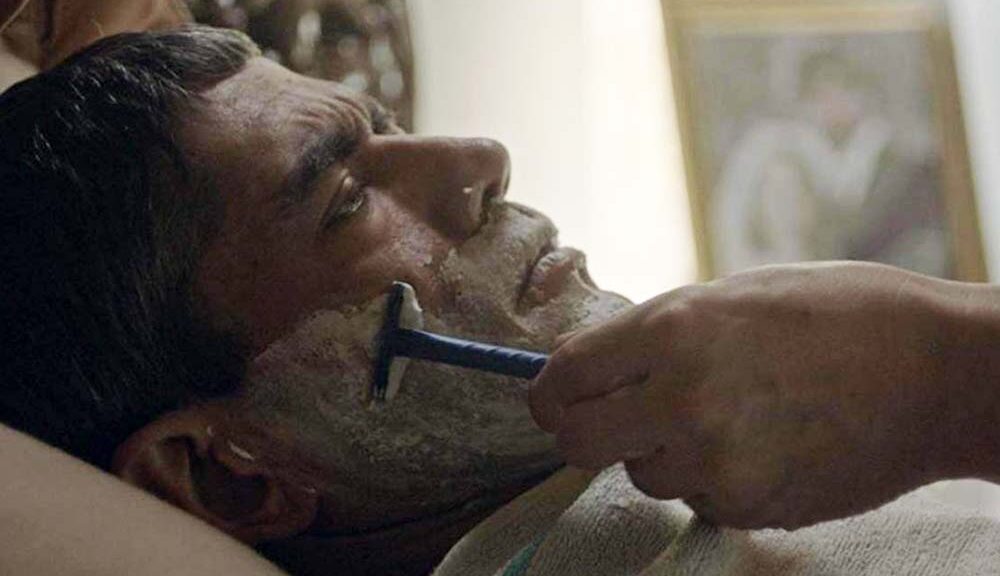 Friends are the family we choose.

Yeah, that’s all well and good until one of them turns into Annie Wilkes from Misery.

But it looks like Javi (Javier Botet) has chosen well in David (David Pareja). Director Óscar Martín’s film Amigo, co-written with both Botet and Pareja, opens on David carrying Javi from his car, across a snowy lawn, into an old farmhouse, and to a comfortable bed. That’s not all. David will sit up all night in the chair next to Javi’s bed, just in case his friend-in-need needs anything. That’s devotion.

As the next 80 minutes crawl past, we’re alone with the pair in their isolation. They’re far from town. Snow and ice have made the streets impassable. David’s low on his own medication, and that scar on his forehead marks the throbbing pain he can’t control without it. Plus, shouldn’t Javi be in a hospital?

Slowly but surely, Martín’s film descends with its characters into a nightmare, kind of Whatever Happened to Baby Jane without the egos or lipstick.

To develop palpable tension, Martín takes full advantage of Javier Botet’s physical presence. The actor’s made a name for himself playing silent, nightmare images in REC (Nina Medeiros), Mama (Mama), The Conjuring 2 (Crooked Man), Insidious: The Last Key (Key Face), Slender Man (Slender Man) and more. While he put his physical performance to use doing creature work for Guillermo del Toro, Álex de la Iglesia and other filmmakers, Amigo changes that perspective. Botet’s long, gaunt frame is webbed with the scars of an auto accident, his gangle of bones a macabre reminder of his vulnerability.

Botet’s performance, much of it nearly silent, aches with rage, melancholy and helplessness. Javi’s quiet, burning anger could simply be the natural result of his situation. And his best friend David counters the hostility with buoyant, devoted energy and an unflagging smile.

Pareja’s depiction of David’s gradual decline unsettles. Martín rushes nothing, and though he leaves breadcrumbs, you’ll never know for sure where he’s leading you. The result is a somber, unnervingly realistic punch to the gut and a reminder that friendship does not have to be forever.