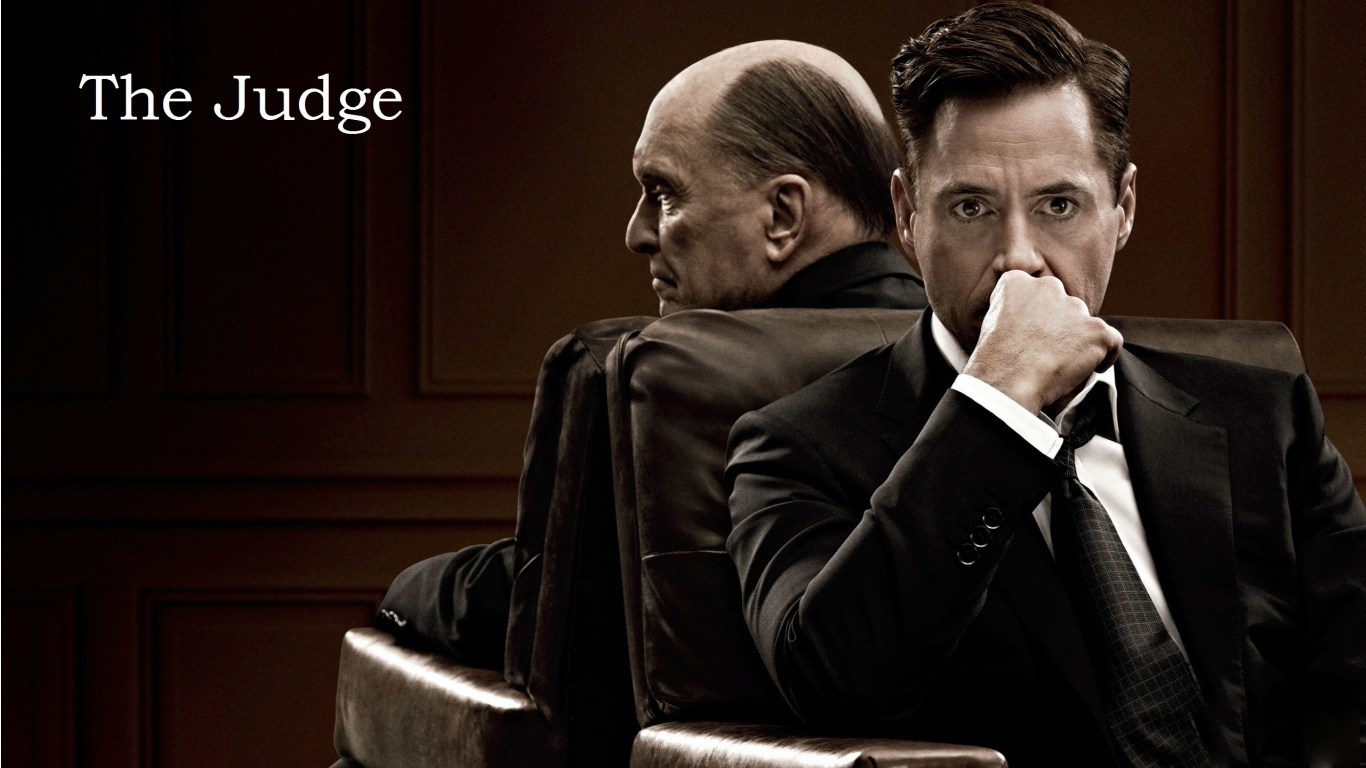 Yes, the timing is perfect for a film that salutes the blind equality shown to all citizens tried in every American courtroom. By all means, serve up an unflinchingly sympathetic portrait of an officer of that court who may have killed someone.

And sure, let’s just go ahead and include some convenience store security footage as part of that officer’s defense!

The film does one sensible thing, though, in pairing up two great actors. Robert Downey, Jr. is Hank, a big time lawyer in Chicago who returns to his small Indiana hometown to attend his mother’s funeral. Robert Duvall plays Hank’s father Joe, the longtime Judge in town who’s held in high esteem by everyone..except Hank.

Father and son have a serious beef, but when Joe is accused of vehicular manslaughter, Hank stays in town to try and make sure Dad doesn’t spend his last years in the state pen.

What are the odds that the hot shot son learns some important lessons about family, while reconnectIng with the gal he left behind (Vera Farmiga) and finally appreciating the small town ways he once ran from? Pretty high. The script is full of grand speeches that amount to telling the “me” generation how their parents still know better, with two Ronald Reagan shout outs in case you miss one.

Sure, Downey and Duvall have some moments, because they could have moments just reading the menu at Chipotle. But even they had to know this entire project reeks of shameless Oscar bait, as director David Dobkin keeps the manipulated sentiment cranking and frames the two leads with plenty of low-angle shots and angelic backlighting.

Depending on which trailer you see, The Judge may seem like a comedy, a thriller, or a heartwarming drama. It’s a film that really, really wants you to like it.