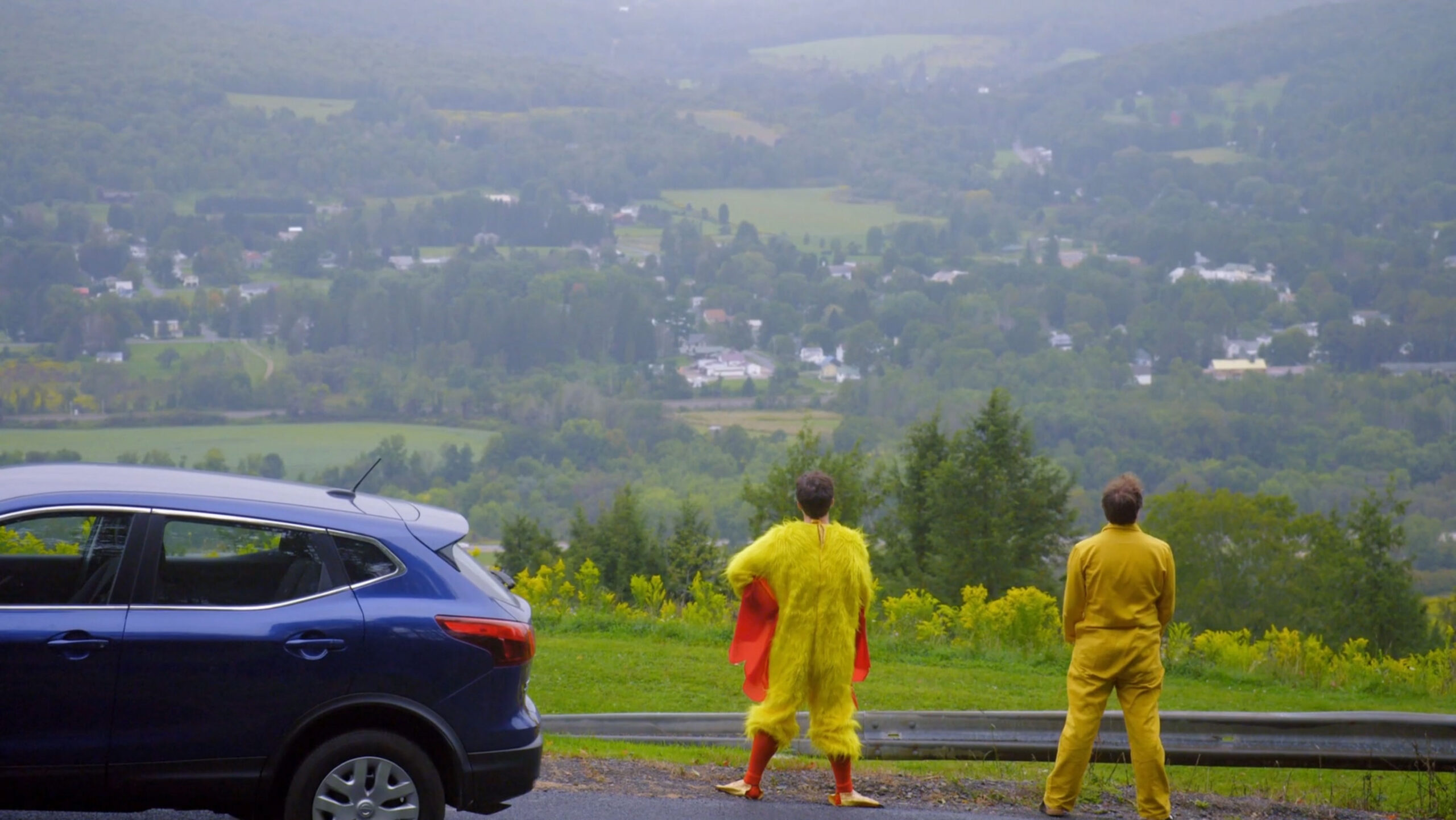 Are You Happy Now

A self-proclaimed anti-romantic comedy, Are You Happy Now brings us a character who epitomizes a disinterest in life.

Well, Adam (Josh Ruben) does have one minor request: he wants to marry his girlfriend, Gina (Ismenia Mendes). But to Gina, marriage is a sham. What is the couple to do?

Despite this setup, writer/director David Beinstein’s movie isn’t really bothered by the conundrum of two people who want different things from a relationship. The main interest is Adam, and we spent most of the running time following him as he meanders through a film that isn’t about much of anything.

Instead, like Adam, Are You Happy Now is disappointingly aimless. Character motivations are unclear. Though it’s reiterated that Adam is driven by fear, it seems apathy is a better descriptor. Life pushes him along, and he rolls with the ups and downs, never mustering much energy to tackle the challenges he faces – not with work, his relationship, or much of anything.

As a metaphor for the pressures of adulthood, it kind of works. Societal expectations can overwhelm anyone, particularly those who live life in a constant state of anxiety. Adam is the perfect representation of anyone struggling to anticipate what comes next.

The film’s at its best when it’s not focused on Adam or Gina, but instead Adam’s co-workers, the brothers Walt (David Ebert) and Drew (Gregory Jones), whose vitriolic banter is hilarious.

Infrequent narration from Gina interrupts at odd moments, and though it does fill in a few narrative gaps, the film would have been better off without her occasional commentary.

Adam is not without his endearing qualities, so he evokes a certain amount of sympathy. His lost puppy expression certainly helps. It’s hard not to want to give him a pat on the head and a kind word or two, as it seems that’s really all he needs to be happy. The rest of life’s details are inconsequential.

That appears to be the message the film wants to get across, but the clunky delivery weakens the message. Like Adam, it’s not without its charms. But it takes more than charm to make a movie work.