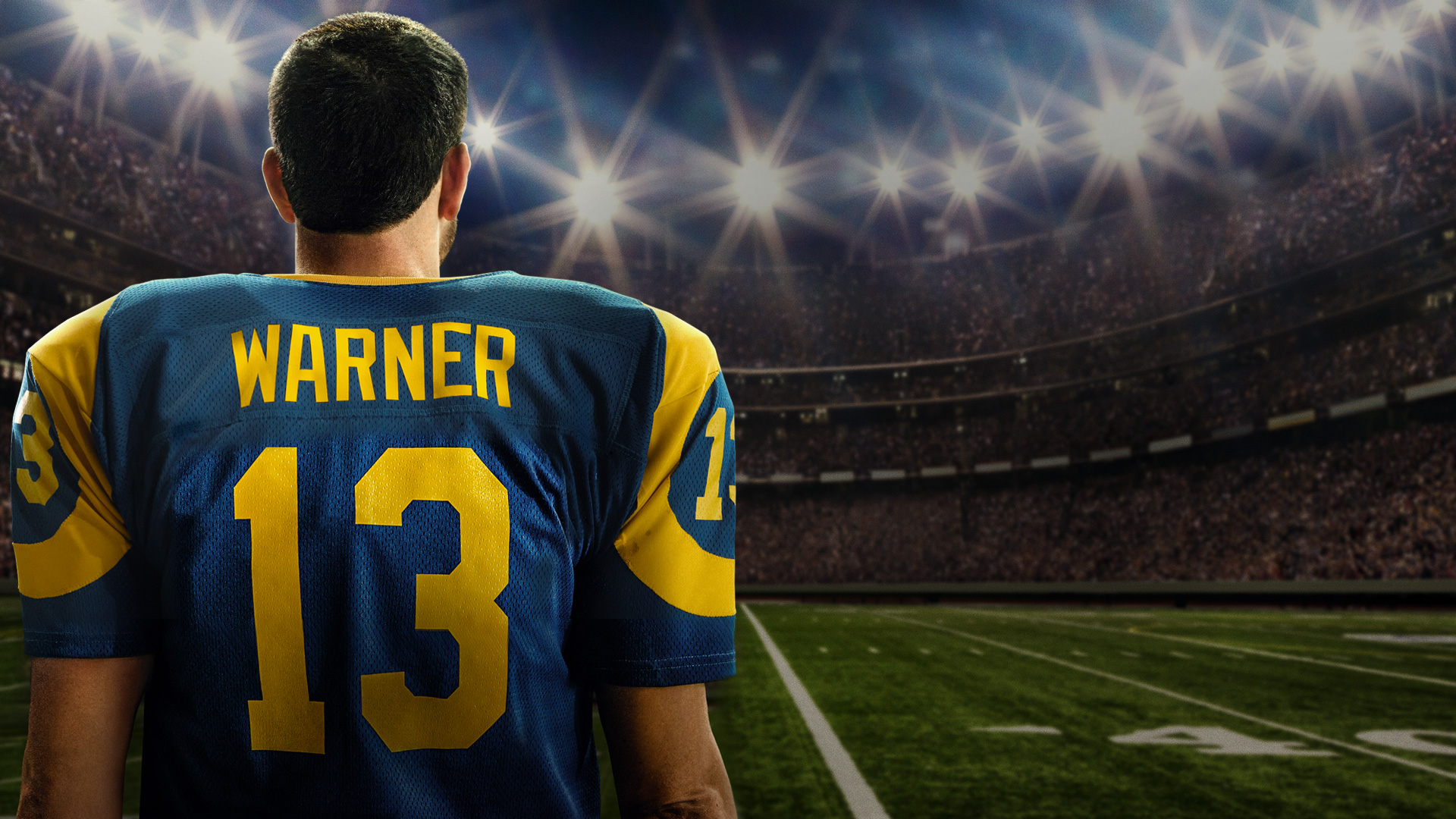 Directed by the Erwin Brothers, the life story of NFL Hall of Famer Kurt Warner is filled with the kind of inspirational messaging that is sure to hit all the right plays for a certain segment of the movie-going population.

That’s not to say American Underdog doesn’t have appeal for a wider audience, but the studio knew what it was doing with a Christmas day release. There’s football, an underdog dreamer, and a smidge of Christian faith, all bundled together in a surprisingly funny, if familiar, package.

Zachary Levi is the perfect embodiment of a quarterback with a dream delayed. From an early age, Warner has hopes of an NFL future. The movie starts with the unreality of Kurt’s goal—a short narration outlining the long odds of making it to the pros. But Kurt has genetics on his side, plus genuine talent. Unfortunately, nobody wants him.

Exactly why he’s unwanted isn’t always clear. We learn Warner spent most of his college career on the bench, only getting his chance to play as a fifth-year senior. Something about discipline is the reason behind this, but it’s never fully laid out. He isn’t part of the NFL draft upon finishing college, but he does get a chance with the Green Bay Packers. However, a misstep ends his career in Green Bay.

The film trains its focus more on the hardships Warner faced off the field alongside his girlfriend, single-mother Brenda (Anna Paquin), and his perseverance to work through them.

This is the more interesting part of Kurt’s story, and the screenwriting team of David Aaron Cohen, Jon Gunn and Jon Erwin (also co-director) know how to engage the audience. It’s not the victories on the field that matter most – though they are impressive – but the sheer determination to make the dream happen.

Of course, it’s easy to root for a man who pursues his goals with such dogged persistence and nary a negative thought. He faces hardships but with such grace, it borders on unrealistic. Even while working as a stock boy at a local grocery store, living in an apartment with no heat in the middle of winter, Brenda and Kurt radiate the kind of positivity that you typically find in a film with a faith-based anchor.

There is some cringe-worthy dialogue, and you can’t expect a movie like this to skip the inspirational speeches, but American Underdog wears its heart on its sleeve, and it’s not too hard to ignore the schmaltz.