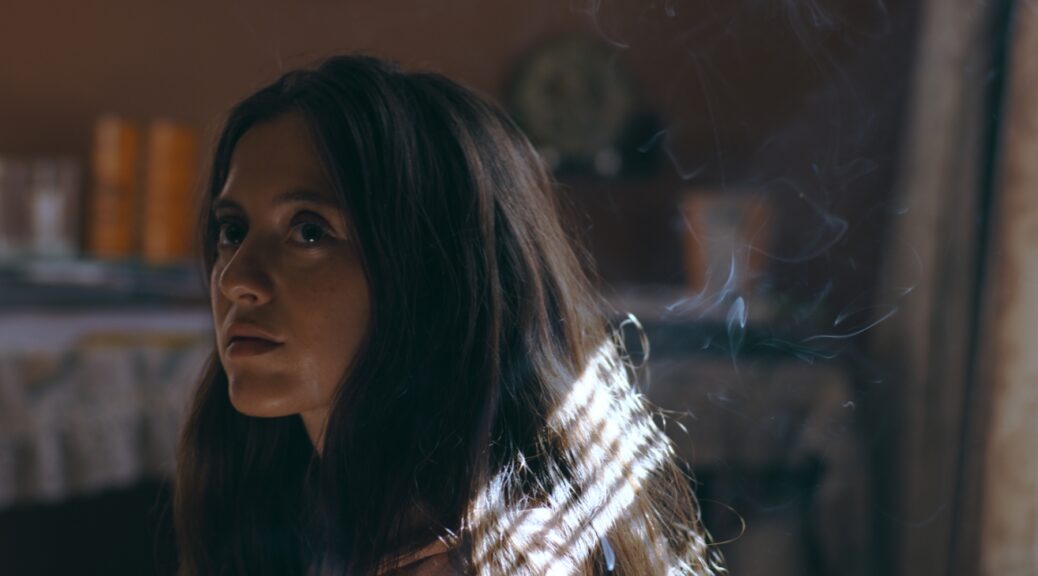 Loosely based on a video game from 2016, writer David Ebeltoft’s Root Letter offers a unique take on the idea of a pen pal seeking out a friend in trouble. Though director Sonja O’Hara does her best to flesh out the surprisingly bare-bones story, there doesn’t seem to be much for her to work with.

Sarah (Keana Marie) is given a school assignment at school to write four letters to a pen pal. She goes above and beyond the requirements, exchanging dozens of letters with Carlos (Danny Ramirez), who was hospitalized after his girlfriend’s dad discovered Carlos in his daughter’s bed.

When Carlos receives a distressing letter one year after the end of his communication with Sarah, he sets out to discover what happened to her.

It takes surprisingly little for Carlos to find Sarah despite only knowing her first name and the name of her high school. Carlos is able to elicit help from an English teacher who offers him a not-so-subtle nudge in the right direction.

There isn’t a lot of meat to Carlos’s character. He doesn’t serve as a guide to the past, since Sarah’s story isn’t told through interviews with her friends, but rather through flashbacks from the previous year. The present story doesn’t raise new questions or offer surprising twists to the story. We’re mostly biding time waiting to get back to the heart of Sarah’s story.

And yet, Sarah’s tale isn’t very compelling either. It’s weightier than Carlos’s forays into Sarah’s past life, but not by much. For a mystery, there are zero surprises as you can predict each measure beat by beat.

There are also too many characters even though the number was greatly reduced compared to the video game. Aside from Sarah, few of the characters come to life in meaningful ways. Sarah’s best friend is the kind of woman who’ll do anything to keep hold of a tenuous relationship. Sarah’s mom is a stereotypical single mom drug addict with a bad back.

Sarah’s friend Caleb (Breon Pugh) is our most interesting character, but his brief moments on screen do little to make him stand out.

There is a certain quaintness to the story, particularly in the beginning – who knew letter writing could be so endearing? – but any originality is dropped in favor of a paint-by-numbers mystery. If only the actors had something more compelling to work with, perhaps their earnestness would have been rewarded with a more watchable story.