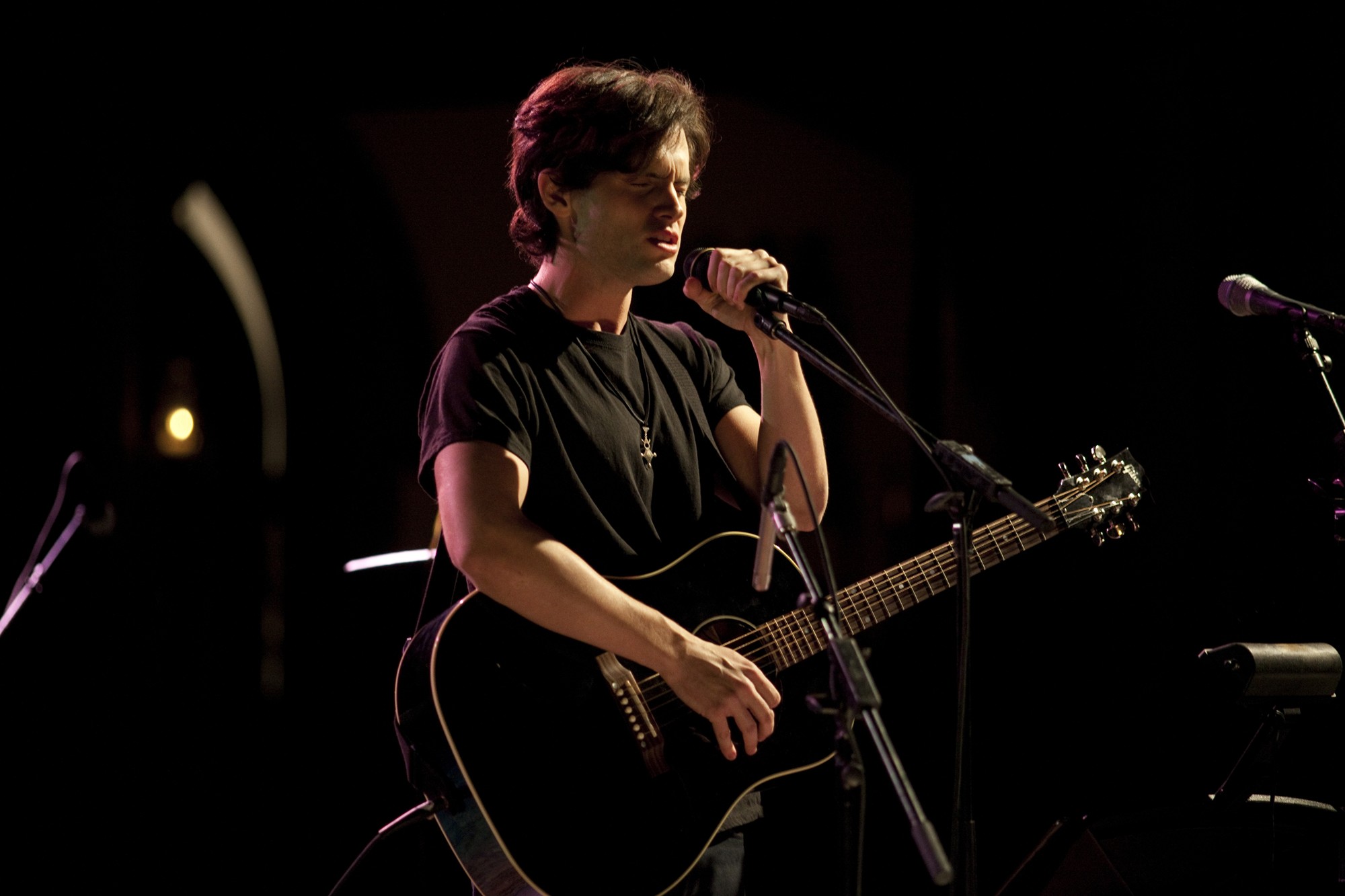 You might expect a film biography of legendary singer/songwriter Jeff Buckley to provide a heroic overview of his short life and conclude with his stirring version of Leonard Cohen’s iconic “Hallelujah.”

Greetings from Tim Buckley doesn’t cater to such cliches. Instead, it focuses on a brief period in Buckley’s pre-stardom days to carve out a satisfying look at a young artist struggling to find his voice.

Much of that struggle involved coming to terms with the legacy left by Tim Buckley, the father he barely knew. Tim released nine albums before his fatal overdose at age 28, and director/co-writer Daniel Algrant anchors the film around a 1991 tribute concert held in Tim’s honor.

That show was also Jeff Buckley’s performing debut, and Algrant intersperses Jeff’s nervous preparation with flashbacks to Tim’s nomadic life on the road in the 1960s.

A movie such as this rises and falls on the lead actor, and Penn Badgley, known mostly from TV’s “Gilmore Girls,” delivers a star-making performance. He not only has the look, but Badgley does his own singing in the film, coming damn close to Buckley’s haunting wail.

Though there are a few moments of TV movie mentality, when moody pouting is meant to convey inner turmoil, Badgley and Algrant prove to be a formidable team.

By ’91, Jeff had yet to conquer the New York club circuit, and was still three years away from making Grace, his only studio album. In bypassing the more well-known aspects of Jeff’s story, the film gains a spark of originality. Small, contrasting moments, such as Jeff”s playful vocal outbursts and his quiet desire to drop by one of his father’s old apartments, provide effective glimpses of a young man not knowing quite what to make of his destiny.

In a similar vein, crisscrossing the lifelines not only provides father and son an ethereal connection on film, but also reinforces the scars left by the lack of any actual bond.

Sadly, Jeff also met an early grave, drowning in 1997.  Through Algrant’s respectful treatment, and Badgley’s effective portrayal, Greetings from Tim Buckley should please fans and give the uninitiated an urge to look deeper into the family legacy.