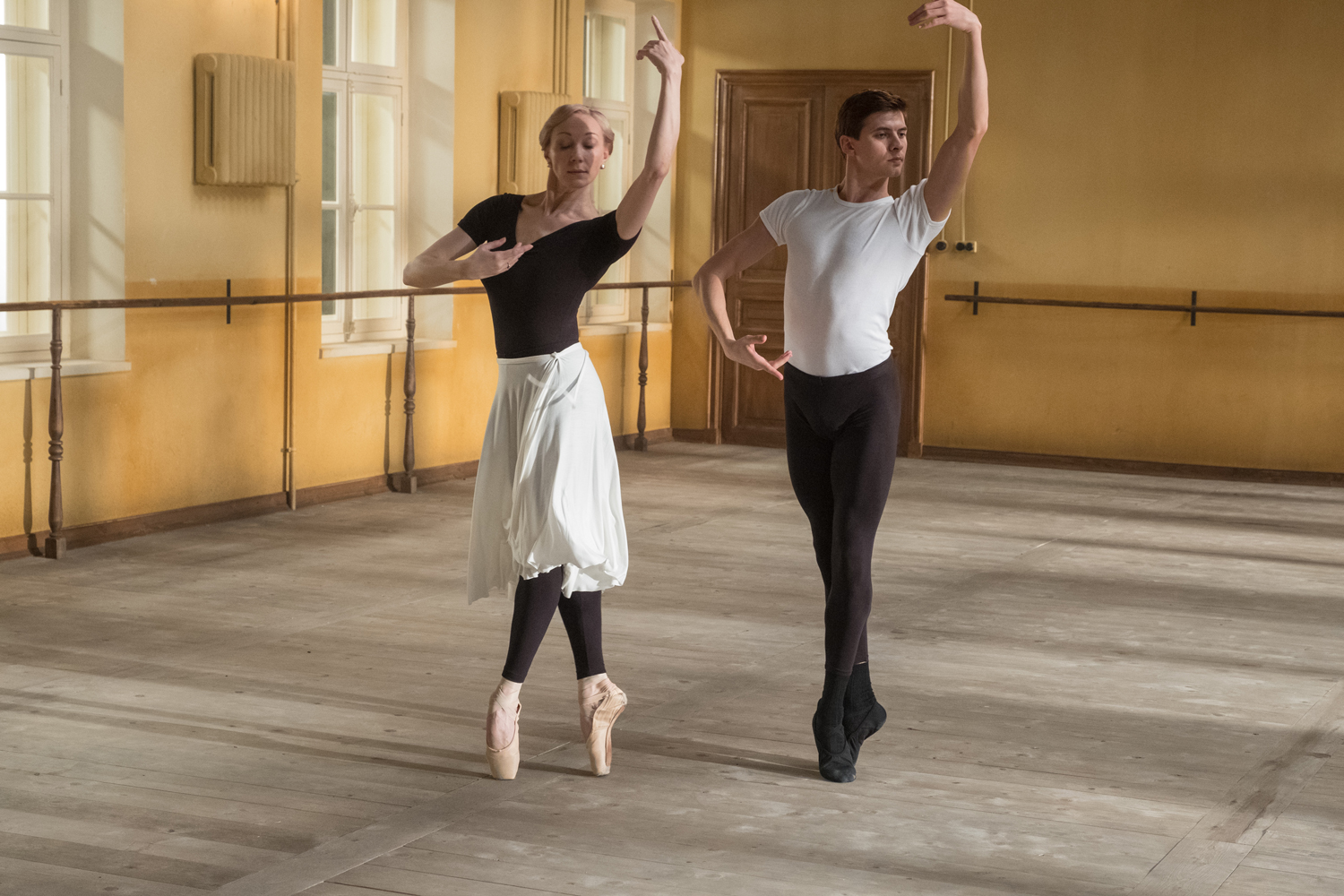 When I think about ballet and film, I drift toward the easy ones: The Nutcracker, Billy Elliot and The Red Shoes. Of course it’s also fun to throw Black Swan and Suspiria into that mix as well. The visual lullaby of those films is present in The White Crow, but with a dash of political intrigue.

Rudolf “Rudy” Nureyev (Oleg Ivenko) has poured hours of blood, sweat and tears into crafting himself as one of Russia’s premier ballet dancers. A prestigious tour of France gives Rudy his first glimpse of life in the mysterious “West.” All at once, this arrogant, naive and inquisitive dancer is thrust into a culture that opens his eyes and reinforces his already rebellious nature. Despite having no concern for his home country’s politics, Rudy is forced to make a contentious choice when those same politics threaten to destroy his career and his life.

On paper, The White Crow sounds like pure, unadulterated Oscar bait. It has all of the trappings: a scrappy young protagonist, a period setting, an actor as director and, most importantly, it’s set in Paris! Thankfully director Ralph Fiennes (yes THAT Ralph Fiennes – Voldemort himself!) has more on his mind than that short golden statue.

On a character level, The White Crow succeeds at diving right into Rudy’s laser-focused psyche. Dance is Rudy’s life and everything else – including people – exist only on the periphery. He claims to not care what people think, yet he fishes for praise from his renowned dance instructor (Fiennes himself). Rudy’s drive and the enormous chip on his shoulder are born out of his ultra-humble beginnings in rural Russia, and the sense of inadequacy this has instilled in him.

Casting Ivenko, an already famous Ukrainian dancer, adds a level of authenticity that would be missing had Fiennes gone another route. The long shots of Rudy dancing allow the audience to buy into the character’s self-proclaimed skill. The passion and emotion behind his movement pour off the screen.

Fiennes shows a sure and steady hand behind the camera. The movie jumps back and forth in time, and the filmmaker uses this to present each period in a different aspect ratio and style. The scenes depicting Rudy’s youth are shot in “scope” widescreen and use a more classical, static approach. The cold, stark landscape of his youth is brought to life with minimal emotion, but heightened visuals. This is contrasted with Rudy’s story as it moves into adulthood and his travel to France. Fiennes isn’t afraid to let the camera get close – or allow it to become more intimate.

The balance of visually impressive and focused filmmaking, along with deep character analysis, makes The White Crow one of the most interesting dramas of the year thus far.