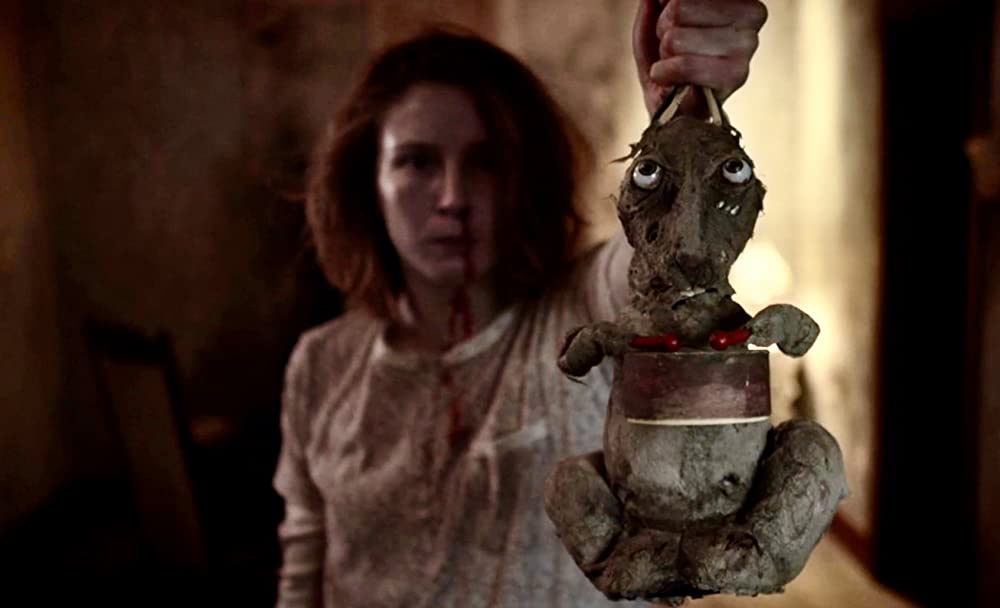 This is how writer/director Damian Mc Carthy opens Caveat and I am in.

The woman is Olga (Leila Sykes), and we’ll get back to her in a bit, but first, we’re part of a conversation between the hush-voiced Barrett (Ben Caplan) and the foggy Isaac (Jonathan French). What can we tell from the conversation? They seem to know each other, Isaac’s had some kind of an accident, Barrett needs a favor.

The favor involves Olga, that house, and a long stretch of tightly fastened, heavyweight chain.

Dude, how good is Mc Carthy at this?

An expertly woven tapestry of ambiguity, lies and misunderstanding sink the story into a fog of mystery that never lets up. Isaac’s memory can’t be trusted, but he seems like a good guy. He looks like a good guy. Surely, he is a good guy! He’s just not making good decisions right now.

French shoulders the tale, and you hate to compare anything to Guy Pearce in Memento because who can stand up to that? No one, but still, Mc Carthy and French draw on that same type of damaged innocence and unreliable narration to stretch out the mystery.

Caveat is not without flaws. Once or twice (when possibly channeling Mario Bava) Mc Carthy dips into camp unintentionally. OK, twice. These moments feel out of place in the unnerving atmosphere he’s created, which makes them stand out all the more. But it’s hardly enough to sink the film.