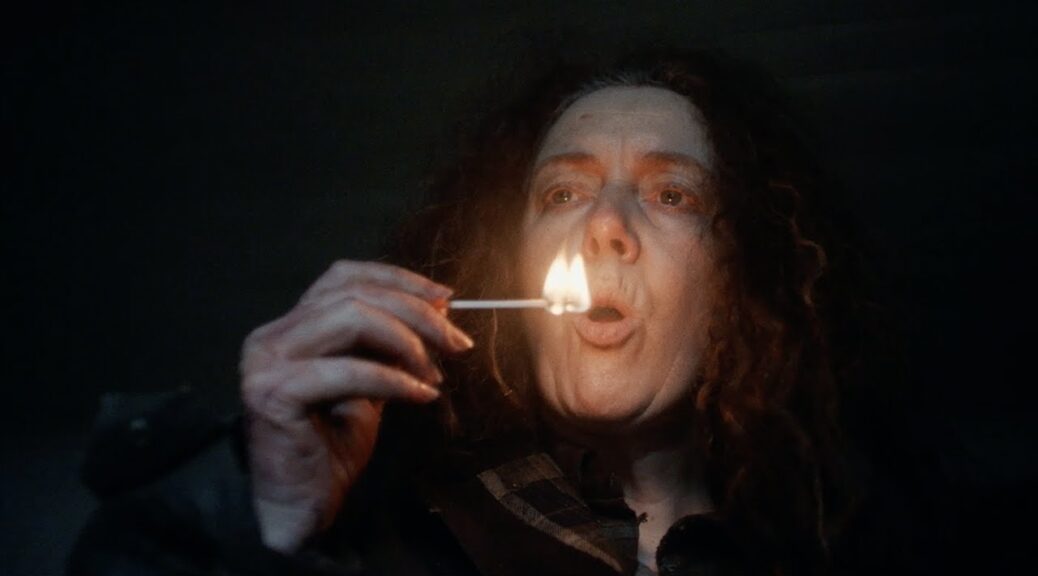 I have about six different cousins named Cathy Madden, but Lynne Davison’s Mandrake is not about any of them. I hope.

Davison’s tale follows probation officer Cathy Madden (Dierdre Mullins), whose recently assigned client, Mary Laidlaw (Derbhle Crotty), has the county in a tizzy. Old “Bloody” Mary is thought to be a witch, you see, and no one’s too keen on her being let out after what she did to her husband in those woods. Twenty years wasn’t long enough.

It’s tough to do something surprising within the witch genre. These films generally fall into two categories: she’s evil and in league with Satan, or she’s misunderstood and being wronged by hateful townfolk. Davison blurs that line. Her handling of Matt Harvey’s script treads a provocative path of moral ambiguity that requires constant guesswork and generates real dread.

Connor Rotherham’s cinematography draws out the best in Vanessa O’Connor’s production design to give Bloody Mary’s environment a primal, organic and dizzying feel. Everything is draped in moss and knotted with roots. You can almost smell the rotting leaves. It’s gorgeous and dense, simultaneously lovely and terrifying.

Crotty, all wild hair and knowing eyes, blends effortlessly into this primordial world. Mullins perfectly complements that performance with her own complex take on Madden. Straightforward with no time for nonsense, the parole officer still weakens, and Mullins finds depth here. The two performers play on their opposing look and vibe not to illustrate differences but to unveil sympathies.

Mandrake never falls back on one-dimensionality. Characters are messy. They do the wrong thing, then the right thing, behave monstrously and also with kindness. The film is also mercifully light on religion, instead pitting the scientific world against something older. Whether that world and its options are more sinister is in the eye of the beholder.