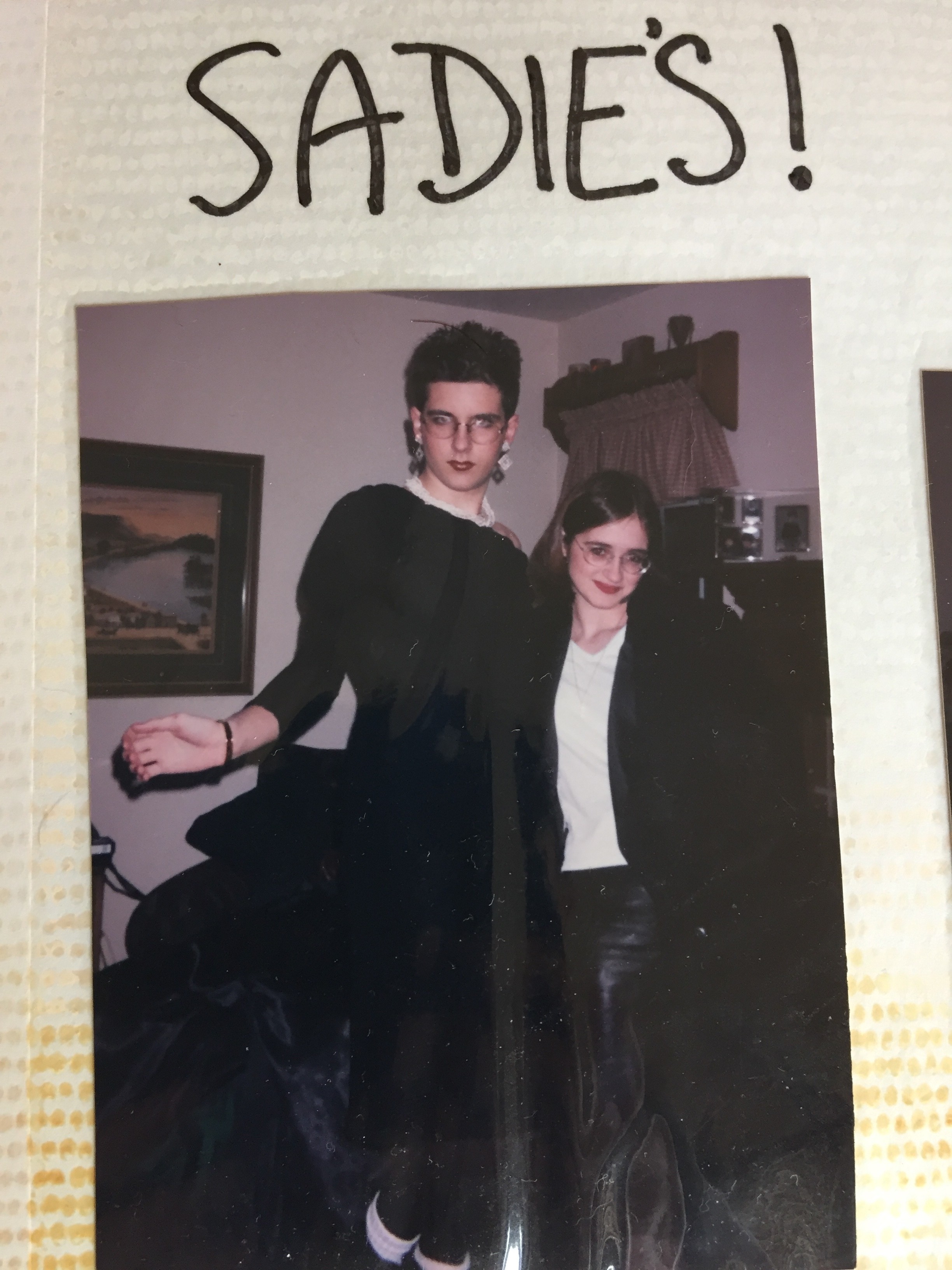 About five minutes through my first date I realized something was going horribly wrong.

When I met the boy I was 15 years-old and trying my very best to be unconventional—which pretty much meant that I had a bad haircut, wore entirely too much eyeliner, and sported a pair of white fingerless gloves that I wore so often that the palm had permanently taken on a grayish-brownish hue. Not surprisingly, my love life to that point consisted almost entirely of one-sided crushes suffered in silence.

But this time I was determined to woman-up and ask the boy out. One day, while milling about in the auditorium lobby after a school play, I pointed the boy out to my mom.

“What, that one with the black hair over there?” she asked.

“Yeah,” I said, suppressing a grin.

In the weeks leading up to the dance I was a wreck, unable to eat solid food, fueled almost entirely on Dr. Pepper and social anxiety adrenaline. The notes I passed the boy in between classes were damp with flop sweat. Our phone calls had pauses where I tried and failed to ask the question I imagined was hanging in the air.

Eventually I asked, but I couldn’t tell you how I did it as I think I blacked out in mortification while doing it. However, I eventually came to and it seemed like he had, in fact, agreed. So, this was happening and I needed something to wear.

At my school, in the grungy ‘90s, the Sadie Hawkins tradition involved, not only girls asking guys, but for the couples to attend dressed in drag. So not only was I going to be trying to make it through a first date without humiliating myself, I was going to have to do it while dressed as a dude. Fine.

After many trips to thrift shops, I settled on a pair of black leather pants and a small man’s tuxedo jacket with tails (and the ever present gloves, now even more dingy as a result of all the sweating). Apparently the look I was going for was Punk Oscar Wilde Madonna.

On the big day, being 15-years-old and unable to operate a car, my mom drove me over to the boy’s house and dropped me off in the driveway. After shutting the door behind me and struggling not to hyperventilate, I heard my mom’s tires squeal as she peeled out of the driveway and fishtailed around the curve of the subdivision.

She was usually so overprotective. I’d expected her to come in to meet the boy’s parents like she did with the parents of every other new friend I’d ever had.

I mentally thanked her for granting me my privacy and recognizing the woman that I was struggling to become.

Taking a big breath to calm my battered nerves, I slogged up the driveway and knocked on the door. I was starting to see spots. Breathing, I reminded myself. You gotta keep breathing.

The boy’s mom answered the door. She explained that he was still getting ready upstairs. Then she peered out into the darkness of her yard and asked if my dad had dropped me off and if he was still out there.

This seemed like an odd question, but I figured maybe she wanted to meet my parents and reassure herself that we weren’t all psychos. I shook my head, unable to say words.

His mom ushered me into the living room and sat me down on a couch and asked me if I wanted a soft drink while I waited. I nodded and looked around a little, wringing my hands together in an attempt to keep them from shaking.

Her house had a unique decorating scheme. There were a lot of tchotchkes bolted to the wall. A lot of them looked sharp and pointed. Old timey farm equipment? I wondered. Gardening tools? I gulped. Instruments of torture? In a few minutes the mom returned and handed me a cold class of soda and a photograph.

I reached out and grabbed the photograph, my gesture a reflex more than anything else. I looked at the picture. Faded and wrinkled, it featured a bunch of people wearing the autumn color palate of the ‘70s. The picture showed a youngish man feeding a woman something from his fork. I gave her a vague smile and wondered why my date’s mom was showing me this.

“Recognize anyone?” she said.

This feels weird, I thought. Is this how dates normally go? The overhead light glinted off the prong of some sharp thing on the wall. What were the consequences of getting this question wrong?

I looked closer. Ok, the woman in the picture kind of looked like the mom, but younger. Maybe this was a picture of her first date? I squinted at the man in the photo trying to see features of the boy in the youngish man’s face.

I had to admit the man did look familiar.

But not because it looked like my date. It looked…like the old pictures of my dad from my parents’ photo album.

It’s taken me about 20 years to realize this, but I have finally decided that there was no graceful way to react to being shown this picture. At the time I stammered something inane like, “that’s nice.” Then, my date came down the stairs dressed in his mom’s little black dress, a pair of Doctor Martin’s boots, and full make up. I took a sip of my soda and glanced at his features out of my peripheral vision. Do we have the same nose? I wondered. Or is that just contouring?

It occurred to me that there was a very high probability that I had accidentally managed to ask my half-brother to a Sadie Hawkins dance.

Once we were out of sight of the house walking towards the school gym, the boy pulled aside, turned his back, and extracted a squished up soft pack of Marlboroughs from his pantyhose.
“Got one of those I can bum?” I asked.

Once I got home, my mom sniffed me and looked at me with disappointment. “Did you smoke?”
I brushed her off.

“You got something you want to tell me, Mom?”

She blushed. “I didn’t want to ruin your first date,” she said.

“You were going to let me commit incest?” I asked.

Apparently, the night of the play she recognized the boy’s mom as her friend from back in the day—a good friend whose friendship had been strained a bit due to the fact that my mom may have stolen my dad from the boy’s mom at a holiday party sometime before 1979.

It was a fact she’d apparently decided to keep to herself, first dates generally being awkward enough on their own. 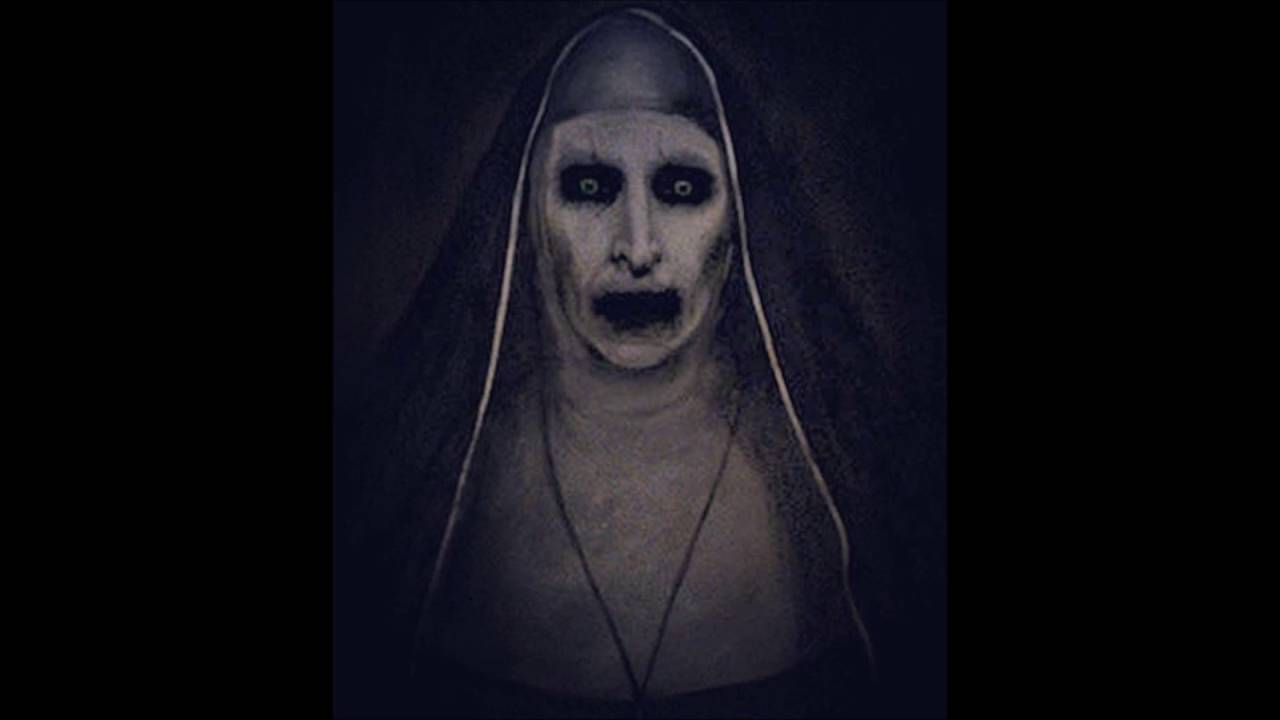 Tales of a 4th Grade Psycho

I learned precious little in my 12 years of Catholic schooling. (That’s more on me than it is on the schools, to be honest.) But one lesson that did stick: nuns are judgey.

When I was a 4th grader in Tiffin St. Mary’s Catholic Elementary school, my teacher, Ms. Teill, was charged with generating some kind of skit to entertain at an upcoming PTO gathering.

I volunteered my services.

I would not act, oh no. I prepared to write and direct my first stage play. I called it, “When a Stranger Calls.”

If that title sounds familiar to you, it’s because it is. I stole it from the box of a VHS rental I coveted at the local video store.

As a child, I was fascinated by horror films.

I attribute this to inaccess (my parents only allowed G-rated films until I was about 12), and my abiding fear of all things.

As a preschooler I was afraid of Sesame Street – you must admit it is lousy with monsters. I found Boo Berry cereal equal parts delicious and frightening. Trees and the woods still terrify me – a handicap in rural Ohio.

Odd as it sounds, my ritual for overcoming my fear was to write scary stories.

Not just any scary stories – I would rewrite those tales I overheard that frightened me, allowing me a sort of ownership, I suppose.

I had notebooks full of them – tales crafted of what I could glean from a commercial I’d seen for Helter Skelter, or after eaves dropping on the babysitter as she summarized the film Carrie over the phone to a friend, or after poring over the box for the VHS tape of David Cronenberg’s Rabid. All these became inspiration to my 10-year-old self. Little did Miss Teill know.

I’m not sure how familiar you are with the 1979 slasher whose plot I attempted to plagiarize.

A babysitter receives creepy phone calls telling her to check the children. She ignores the message, the children are slaughtered, and eventually she finds that the calls are being made from inside the house.

“Have you checked the children?”

In the film, the babysitter survives – a fact I did not grasp from the VHS box, so in my play, she dies. And the children die. So do the parents, the police who investigate – actually, every character in my play died except the maniac, who lived to kill another day.

So my friends and I rehearsed during recess. We honed our tale until we were ready to share it with our parents – and everyone else’s – as well as most of St. Mary’s faculty at the PTO meeting.

Poor Miss Teill. Well, I suppose she should have paid more attention during rehearsal.

As it happens, it was Holy Week – those sacred days leading up to Easter.

Let’s be honest, though, there is a lot of blood shed in those days leading up to Easter. Is this really that different?

Where do you think Sister Cleofa landed with that argument?

It turns out, child slaughter doesn’t play that well with the nuns.

My parents were mortified, as was the whole of the audience. As I recall, Miss Teill was reprimanded. I was definitely reprimanded, and had to promise to stop writing anything at all.

And to stop being morbid.

There were several children I had to promise to stop playing with, also, at their parents’ request.

But otherwise, the performance went well, I think.