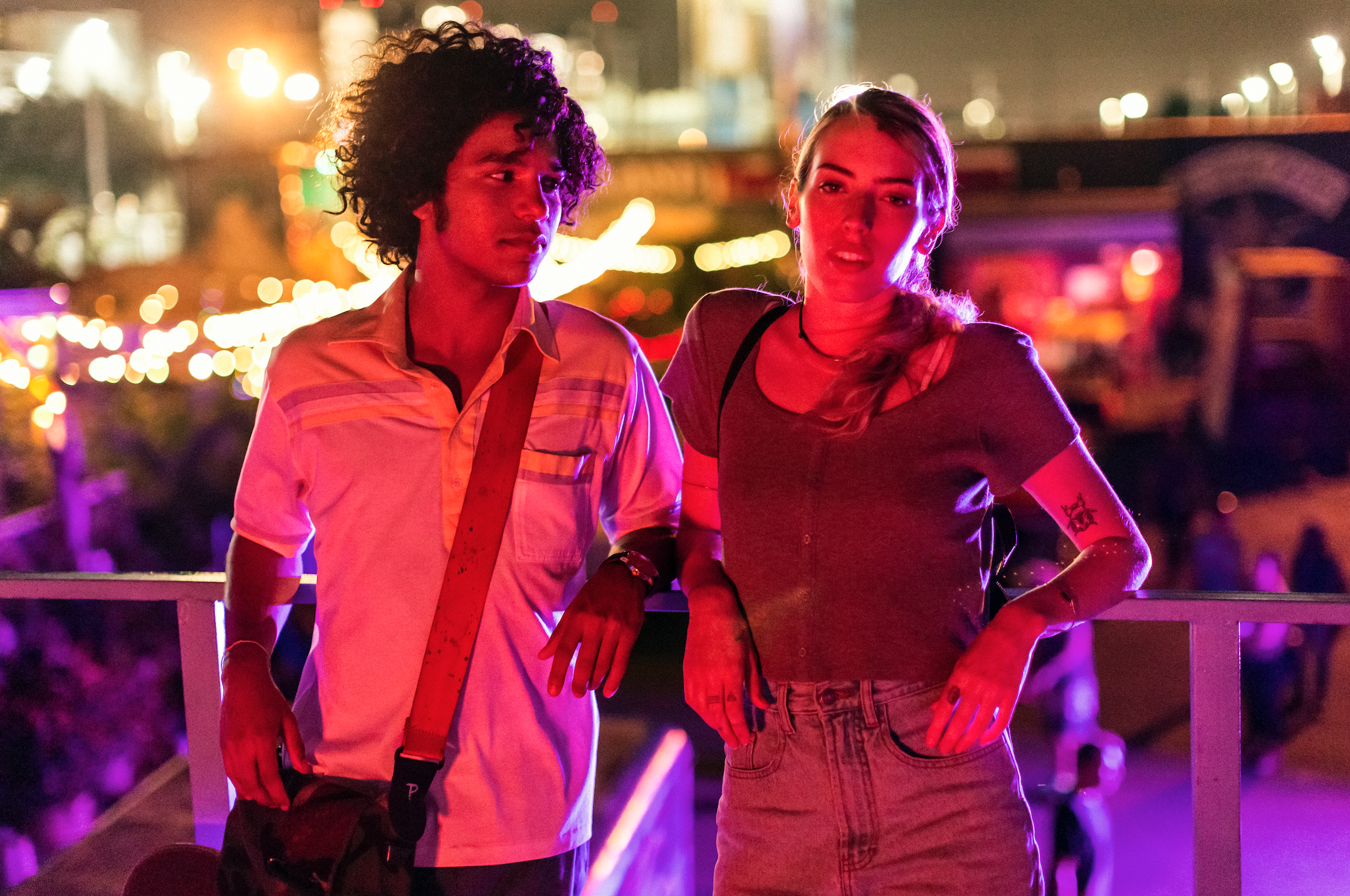 Based on a true story, Jessica Kavana Dornbusch’s Reefa explores a short period in the life of street artist Israel “Reefa” Hernandez.

As the film opens, the Hernandez family is about to get what many immigrant families can only dream of: their Green Cards. Originally from Colombia, the Hernandezes are in the United States – Miami to be specific –  as asylum seekers. Young Israel Hernandez has a potent love of art, and has become quite a well-known graffiti artist around the city. As Israel begins to think more about his future away from Miami and his family, the complexities of life as a young immigrant make themselves more and more evident.

Reefa is the kind of film that proudly wears its heart on its sleeve. This has both positive and negative sides to it. The movie is charming and gets a lot of mileage out of the fantastic chemistry between the actors playing the Hernandez family. The same can be said of the cabal of young people playing Israel’s friends. These are the kinds of scenes that don’t necessarily move the narrative forward, but they do allow the characters to come alive in a way that many melodramatic plot threads do not.

While the majority of Reefa is tonally light, there’s an overarching sense of dread that cannot be ignored: whether it’s the constant state of worry felt by Israel’s parents over their status as refugees or the threat of an overzealous police officer who lets his disdain for immigrants be known. You know tragedy is coming – you just don’t know how.

The film occasionally dips its toe into After School Special territory. The real story of Israel Hernandez is compelling enough, and the more embellished aspects added to the film have a phony feel to them. The shoe-horned romance between Israel and a New York model, Frankie (Clara McGregor), lacks any spark. The eventual conflict that arises in their relationship only highlights many of the weaker story issues in the script.

The performances are generally quite good with Tyler Dean Flores impressing as the titular character. Veteran character actor Jose Zuniga (Con Air, Alive) delivers in a small, but impactful, role as Israel’s demanding father. The rest of the cast doesn’t leave the same impression, but they do well with the material provided.

While not the most successful film it could be, Reefa still ends up serving as a touching tribute to a young man taken too soon.