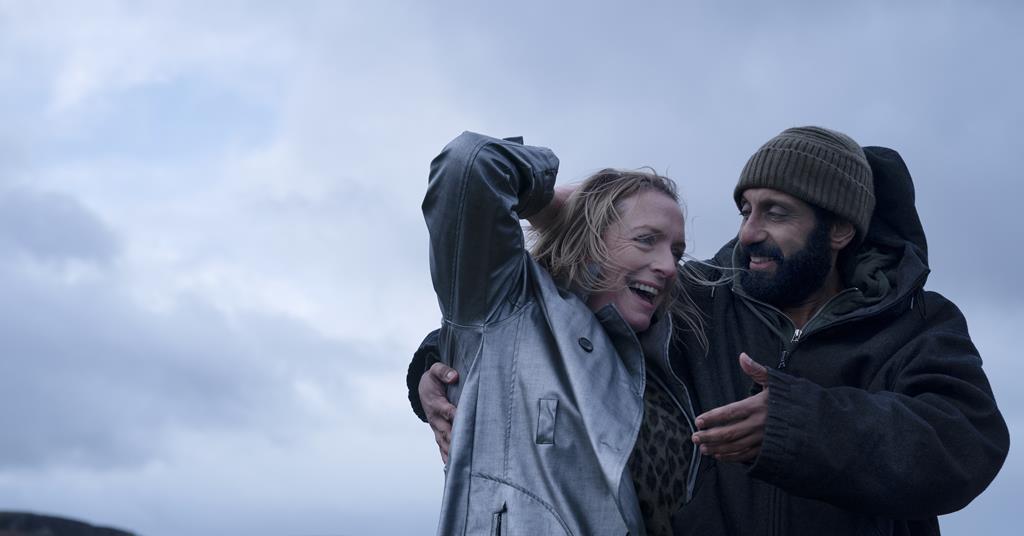 In the years since the 1974 release of Rainer Werner Fassbinder’s masterful Fear Eats the Soul, it’s quite depressing to realize so little has changed. The evidence is there in Clio Barnard’s poignant and relevant film, Ali & Ava.

Treading similar ground as Fassbinder, Ali & Ava charts the growth of a relationship between Ava, an older, white, working-class woman, and Ali, a 30-something, middle-class man of Pakistani descent. However, Barnard carves a fresh story, the West Yorkshire city of Bradford serving as the setting for the racial and economic tensions permeating the couple’s relationship.

The most winning aspect of the film is the charm and natural chemistry shared between the two leads, Claire Rushbrook’s Ava and Adeel Akhtar’s Ali. Though their backgrounds are quite different – Ava is a teacher’s aide with several children and grandchildren, while Ali is a landlord who befriends his tenants, many of them immigrants who speak little English – the two find a connection through music.

The film’s soundtrack works as a third character, serving as an emotional backdrop to the growing attachment between Ali and Ava. Though Ali professes to hate folk when Ava declares her enjoyment, he spends time listening to Bob Dylan, trying to perfect one of his songs on the ukulele. It’s little touches like this that draw the viewer into the couple’s relationship.

Like similar films, the biggest obstacles to the new couple’s happiness are family. Ava’s son, Callum (Shaun Thomas) — his recently deceased father a skinhead — professes his disgust in a dramatic scene that rings a little false in light of the film’s subtler moments. Meanwhile, Ali’s sister employs a classist slur akin to white trash.

The one thing that doesn’t seem to work against the couple is their age difference, which in films with similar themes has often been as shocking as the class or race differences. Perhaps we’ve made a little forward progress in one respect.

Despite the roadblocks to the couple’s happiness, Barnard doesn’t give up hope. The soundtrack remains upbeat, connecting not just Ali and Ava, but Ali to a handful of kids who throw rocks at his car. (Why they do this is yet one more subtle moment highlighting the issues still facing us.)

Perhaps not as profound as thematically similar films, Ali & Ava serves as a nice reminder that sometimes love is more powerful than hate.