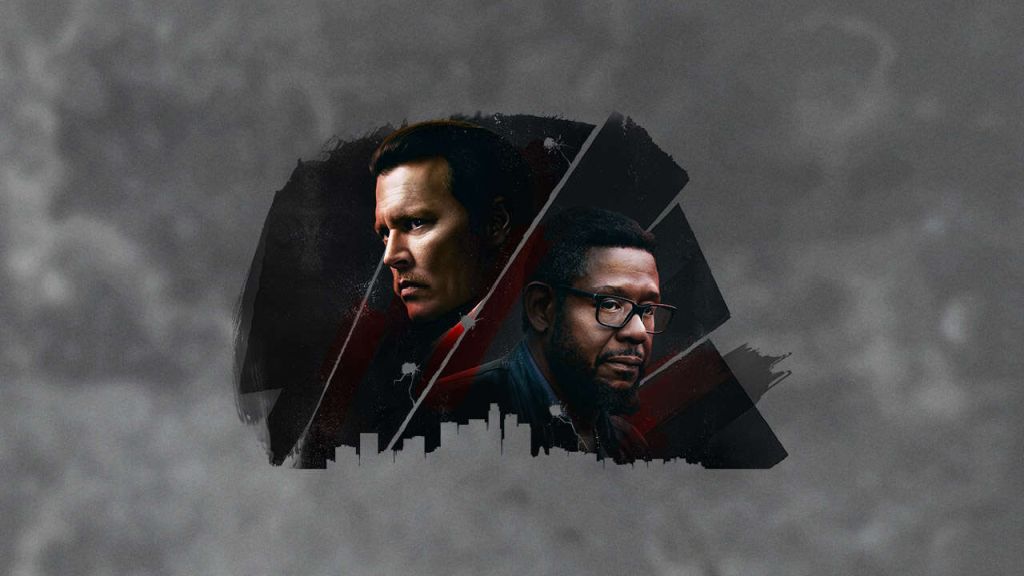 After nearly three years of lawsuits, allegations, finger-pointing and false starts, City of Lies lands in theaters as an engrossing attempt to untangle a web of conspiracy.

Based on LAbyrinth, Randall Sullivan’s non-fiction best-seller about the investigations into the murders of Tupac Shakur and Christopher Wallace (aka Biggie Smalls/Notorious B.I.G), the film leans on stellar performances and solid construction to advance its very clear agenda.

Johnny Depp stars as Russell Poole, the LAPD detective who collaborated on the book, with Forest Whitaker as journalist “Jack” Jackson, a fictional character modeled after Sullivan.

It was Poole’s belief that members of the LAPD conspired with Death Row Records mogul “Suge” Knight to murder both iconic rappers. Poole’s case is not a simple one, but director Brad Furman and first-time screenwriter Christian Contreras are able to deconstruct it and then reassemble the parts with a satisfying amount of thriller intrigue.

Employing shifting timelines and a touch of voiceover narration from Depp, Furman (The Lincoln Lawyer, The Infiltrator) and Contreras find numerous avenues to inform us organically. As the case does come to resemble “a riddle inside an enigma,” our own sense of discovery is consistently nurtured, which naturally increases our investment in what Poole is selling.

Depp and Whitaker make their characters’ gradually increased trust authentic and well-earned, though some of the film’s period detail (especially in the wig and makeup dept.) isn’t exactly on point.

More curious is Furman’s late game decision – just when similarities to JFK are impossible to ignore – to roll out some grainy, slo motion footage that feels wildly misplaced.

And, much like Oliver Stone’s playbook in 1991, there is little interest in leaving equal time for rebutting Poole’s conclusions. Armed with strong accusations that hardly seem like a stretch anymore, this is a film with a complicated story it wants you to hear – and hopefully believe.

But believe it or don’t, City of Lies tells that story in a compelling fashion that doesn’t waste your time.