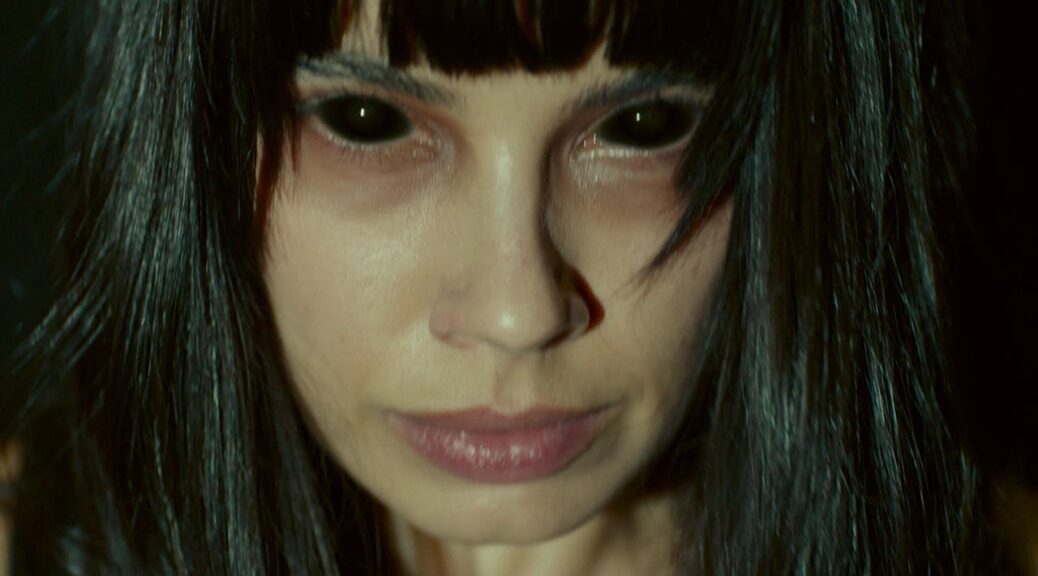 Writer/director Christian Schultz, along with co-writer Peter Ambrosio, attempts to weave together a story of a woman haunted by darkness in his film, Presence.

The movie opens with Jen (Jenna Lyng Adams) pacing in her bedroom on a dark and stormy night. We see from her computer messages she’s been trying to contact someone named Sam (Alexandria DeBerry) for three weeks. A quick flashback lets us know Sam is a friend from New York who is essential in Jen’s life.

Sam’s disappearance weighs heavily on Jen, and it’s in this desperation for information that we get our first inklings of suspense. However, the strangeness of the film’s opening gives way to something more mundane. Despite its initial creepiness, most of the film offers a mishmash of ineffective hallucinatory moments and scenes of dull dinner table conversation.

Sam reappears to tell Jen she has found them a business partner, David (Dave Davis), to fund their venture. It’s not entirely clear what Jen and Sam do, but it seems that they create and design… zippers. Sam wants Jen to meet David, and the opportunity for this comes on board David’s yacht. Along with a small crew, the characters set sail for David’s factory in Puerto Rico where they will sign a business deal.

There is a lot left unsaid, but not in the subtle way that hints at something sinister. Instead, it suggests the writers had only a basic idea of how to get these three people in a secluded location and then ran with it. That it leaves us to get lost in a sea of questions that don’t really matter to the overall plot but are distracting nonetheless.

This lack of satisfactory backstory is telling for the movie overall. A lot of little pieces of information never connect. Some of it is unimportant, while other bits should have been expanded upon. If some of the unnecessary issues had been dumped, it would have left room for deeper exploration of what exactly is haunting Jen. The writers don’t seem to understand that general confusion does not equal tension.

The result is that nothing much happens and there is no clarity on what exactly is going on. We end up with bones instead of flesh, and it leads to disappointment.