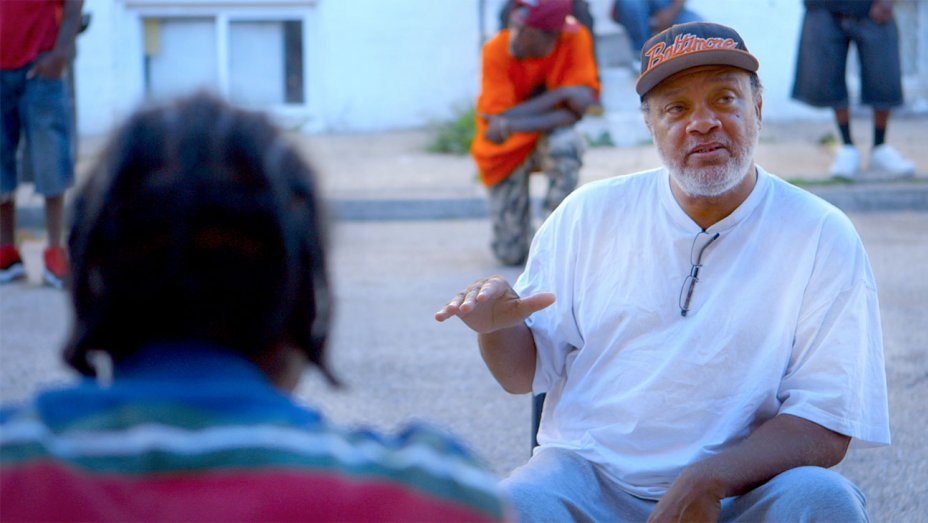 If the Midwest is often treated as America’s test market for new products, Baltimore makes a good case as America’s stand-in for how our cities have been neglected, in ways both passive and pernicious. With Charm City, Marilyn Ness sketches the big picture by zooming in on one city neighborhood.

Ness centers the documentary around those most affected by the violence and lack of opportunity in the city, spending time on the streets with the irrepressible Clayton “Mr. C” Guyton. Mr. C runs a neighborhood community center, providing a mix of social services, inspirational sermons and a contagious hope that things must get better.

Also represented is the Baltimore Police Department, whose officers are buckling under constant overtime in an attempt to stem the record murder rate. Politicians get their due through the eyes of Brandon Scott, a reform-minded city councilman (and the youngest person elected to the position).

At first it seems like Ness’s framing is nuanced to a fault. She studiously highlights the interactions on all sides as an almost routine drudgery. Or as routine as life can be when you’re in a constant struggle for resources just to survive.

But haunting the periphery is the death of Freddie Gray, which took place just months before the film begins. Ness limits her interviews to the more optimistic and eager officials and officers, but even relatively benign interactions are impossible to separate from the wider conversations happening around criminal justice reform in cities and police departments all over the country.

As frustrating as it can be when Ness sticks to her granular talking head shots, there’s a still a message—even if that message to viewers is often that you’re going to need to do some extra homework on this.

And it’s effective. It’s heartbreaking when the people on Mr. C’s block abruptly suffer the loss of one of their own. It’s bracing to hear them refuse to give up even though they feel like everyone else has abandoned them. It’s useful to see how city officials view doing the right thing, and how quickly that impulse crashes against a public health epidemic that cannot be theirs alone to fix.

There have been plenty of superb recent documentaries about criminal justice in America, including Ava DuVernay’s 13th and Erik Ljung’s The Blood Is at the Doorstep. Charm City probably shouldn’t be the only film to watch if you’re looking to go deeper on the subject, but it’s a fine and no less urgent place to start.