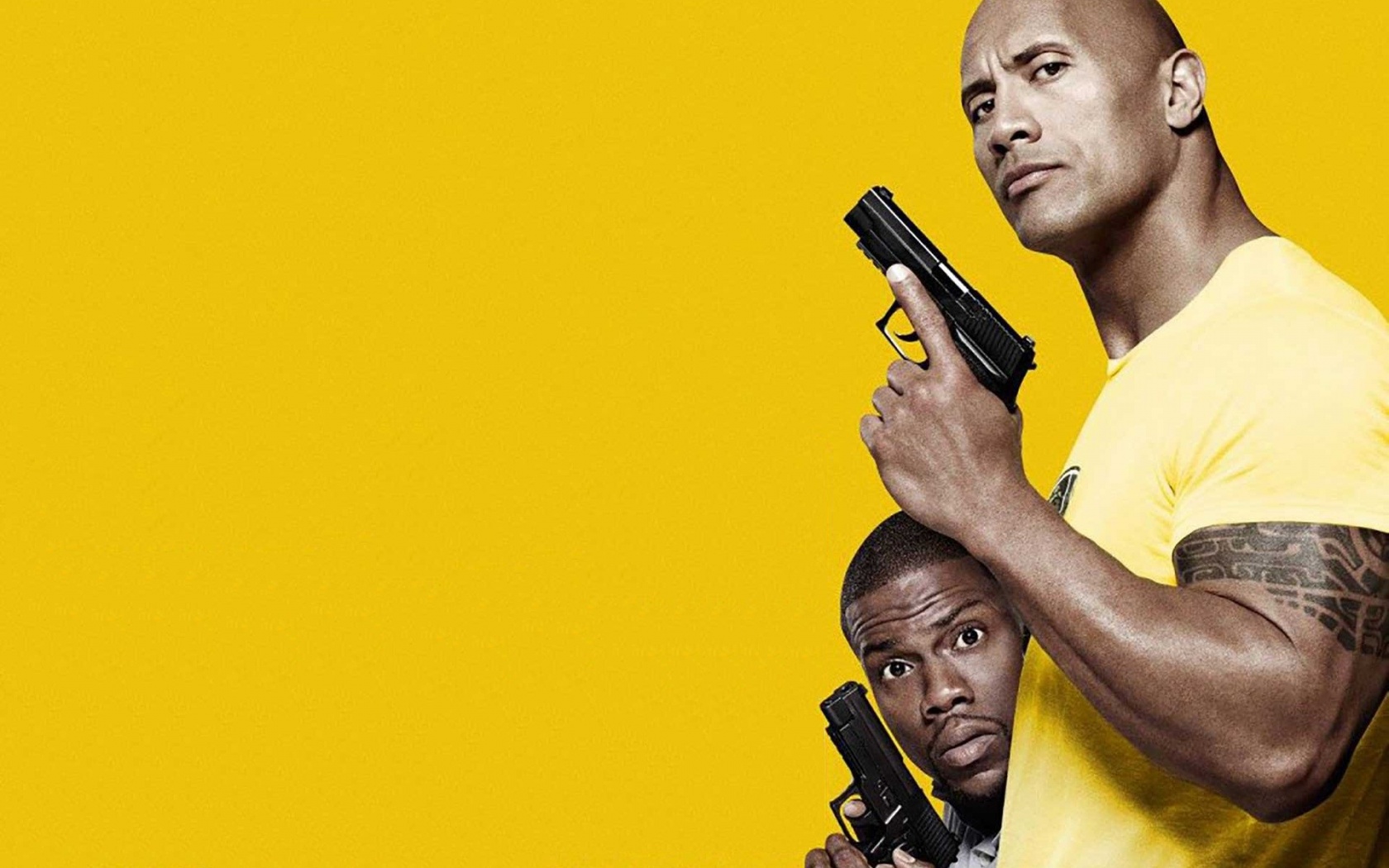 What harm could come from accepting a Facebook friend request from a person you don’t recognize? For Calvin Joyner, that answer is a lot.

Calvin, portrayed by the talented Kevin Hart, is a forensic accountant who has recently been passed up for a promotion and isn’t eager to attend his twenty year high school reunion with his high school sweetheart, now wife, Maggie (Danielle Nicolet). The reunion is just a reminder for Calvin that his life has not turned out the way he thought it would when he was voted Most Likely to Succeed his senior year of high school.

Into Calvin’s mundane existence comes Bob Stone (Dwayne Johnson). Bob is a former classmate of Calvin’s who finds him on Facebook and quickly inserts himself into Calvin’s life. When Calvin meets Bob for a drink to reconnect, he is stunned to see Bob has transformed himself from an overweight, bullied loser into a well-muscled, attractive man who likes guns and unicorns.

Hart and Johnson have a natural chemistry and they play well off each other, with Hart frequently playing the straight man to Johnson’s nerdy, overly eager Bob. Hart plays Calvin as a good-natured guy who recognizes that Bob needs a friend, even if he is frequently confused by Bob’s geeky references to Sixteen Candles and 90’s pop culture.

It’s because of his good nature that Calvin finds out exactly when can happen when you reconnect with an old classmate. Bob asks Calvin for a favor, and that favor leads Calvin into a world of espionage, shootouts with CIA agents, and an adventure he didn’t expect or want.

The supporting cast, particularly Amy Ryan and Danielle Nicolet, are able to play off the odd couple duo of Hart and Johnson with skill. Ryan Hansen provides a number of jokes as Calvin’s inappropriately raunchy co-worker. The only actor who seems slightly out of his league is Aaron Paul. Though Paul is a skilled actor, he can’t quite seem to hold his own against Hart or Johnson.

Even with a runtime of almost two hours, the film never drags and the comedy is strong throughout. Though the ending feels contrived and the film follows a fairly standard formula, on the whole, it works as a mismatched, buddy comedy.

The strength that Johnson and Hart bring to the screen elevates the film to a level above your standard, forgettable comedy fare.