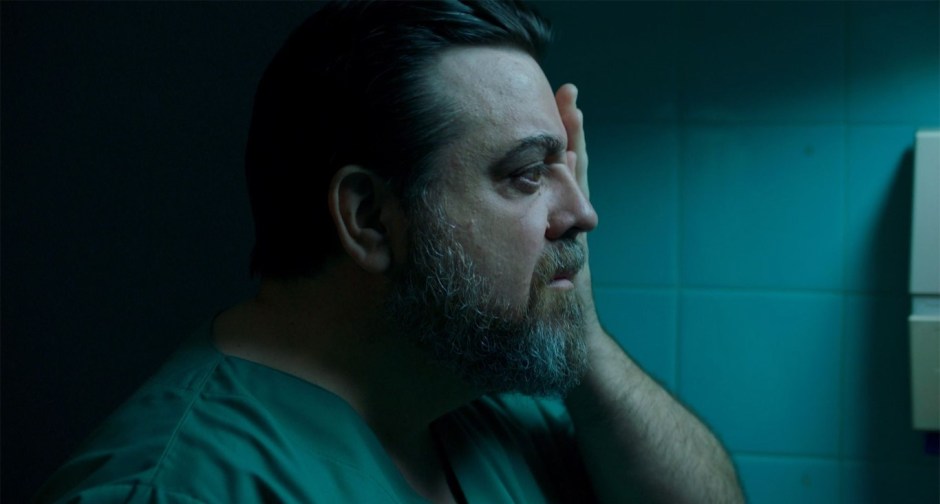 It’s harder to think of a more respected profession than nursing. This notion might be even more widely shared now, after the past year. Nurses are there during the worst emergencies, and they’re also there to help with recovery. We put a lot of trust and responsibility in them during our weakest moments. Writer/director Martin Kraut’s thriller La Dosis (translation: The Dose) examines what happens when that trust is breached in the worst possible way.

Marcos (Carlos Portaluppi) is a confident and experienced nurse with more than 20 years under his belt. His professionalism and thoroughness make him well respected in his department. Marcos has a secret though. For certain terminal patients, he uses the cover of night to administer enough medication to allow them to peacefully slip away. For Marcos, this is a way to preserve their dignity even if it goes against the ethical nature of working in medicine.

When Gabriel (Ignacio Rogers), a new young nurse arrives, Marcos finds himself threatened by the handsome man. As Marcos’s coworkers and superiors fall under Gabriel’s charming spell, the elder nurse begins to suspect that Gabriel might harbor his own homicidal tendencies.

If there’s one word I’d use to describe La Dosis, it would be deliberate. The film mirrors Marcos’s steady, pragmatic personality by slowly, and methodically, introducing us to the characters and setting. It’s the type of no-frills opening that makes Marcos’s first act of homicide all the more surprising while still seemingly mundane.

Things begin to heat up and get weirder once the character of Gabriel is introduced. Is Marcos’s distrust of the young nurse simply sour grapes or is there a more sinister reason? That’s the question the film plays with momentarily until it’s quickly answered. The suspense of toying with Gabriel’s true intentions is cast aside rather quickly.

La Dosis frustrates more than it captivates. The back and forth between Marcos and Gabriel has all the trappings of an exciting rivalry, except the film refuses to let it happen. Marcos yo-yos between being Gabriel’s adversary and his friend. The film tries to explain this away with tepid sexual tension between the two, but it’s never explored on more than a surface level.

Portaluppi is the film’s bright spot. There’s an inviting casual sadness to the character that never strays into pity. Even when the script falters with Marcos’s questionable behavior and choices, Portaluppi does his all to make it work.

There’s also a level of dark comedy at play that the film never truly capitalizes on. The story is ripe for this kind of approach, yet the filmmakers continue to pull their punches. The hesitancy to go full dark comedy or even full medical thriller hobbles the film in the end.

La Dosis tantalizes with interesting character beats and odd tonal shifts, but in the end, doesn’t quite reach a satisfying conclusion.