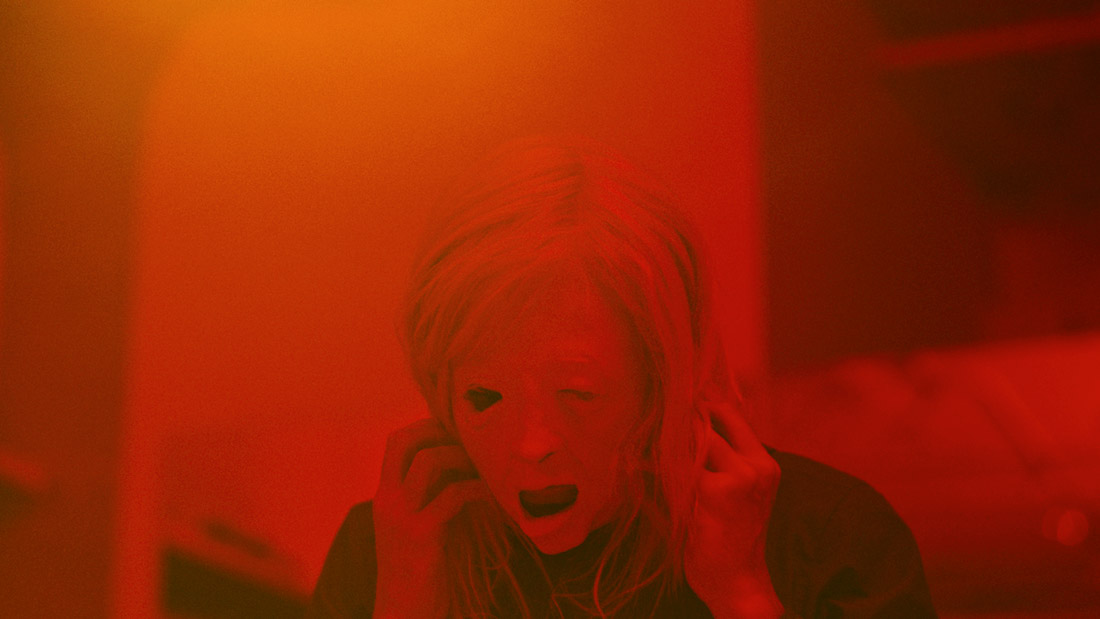 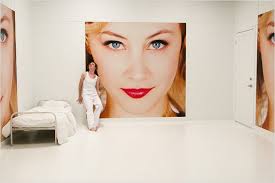 If you could catch Kim Kardashian’s cold, would you?

This is the intriguing concept behind writer/director Brandon Cronenberg’s seething commentary on celebrity obsession, Antiviral. Young Syd March (Caleb Landry Jones) works for a clinic dealing in a very specific kind of treatment. They harvest viruses from willing celebrities, encrypt them (so they can’t spread – no money if you can’t control the spread), and sell the illnesses to obsessed fans who derive some kind of bodily communion with their adored by way of a shared herpes virus. Gross.

But the ambitious Syd pirates these viruses by injecting himself first, before the encryption. Eventually, his own nastiness-riddled blood is more valuable than he is, and he has to find a way out of quite a pickle. Maybe vitamin C?

As unfair as it may be to compare the work of a son to that of the father, Brandon Cronenberg seems to invite it. He obviously does not worry about suffering by comparison, treading as he does on ground so strongly associated with his father. Antiviral is not just a horror film, but a corporeal horror – a subgenre David Cronenberg basically owns.

Antiviral plays a bit like Videodrome – Cronenberg the Elder’s commentary on his era’s preoccupation with media. In both films, a salesman becomes as obsessed as his clients and watches his own body turn monstrous because of it. Junior inserts celebrity for technology, making his effort more timely, but he lacks the biting humor that elevated his father’s work.

Still, Brandon’s feature debut exposes an assured style uncommon for such an early effort. Visually chilly – all washed out whites with splashes of blood red – and emotionally distant, the world of Antiviral is as antiseptic as a hospital ward.

In lieu of character development, the film is filled with grotesquely fascinating ideas. Unfortunately, the tale is ultimately superficial because its focus is so one-sided. The celebrity-obsessed that populate the film are parasites, even cannibals, but the celebrity is inanimate. While I’m sure there’s a point being made there, the final image lacks any real punch because, while we’re made to revile the non-celebrity population and its vampiric adoration, we have no sense that they feed off anything human at all, so who cares?

Had the filmmaker explored the concept of celebrity – either to clarify their equal responsibility in cultivating this culture, or to hint at their corrupted humanity – the film would have felt fully formed rather than just very clever.