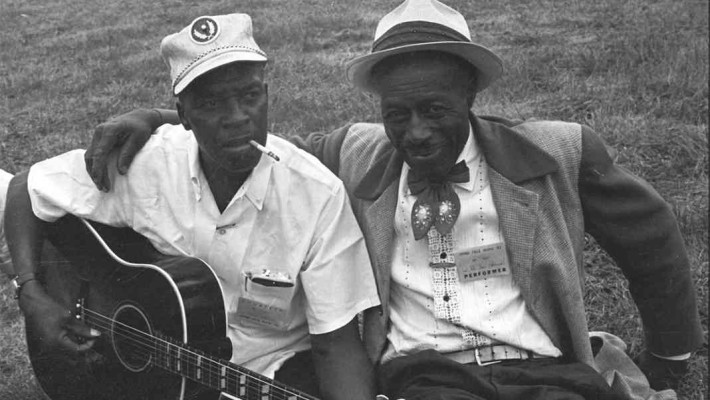 Why would two different sets of white college boys head into the deep South in the summer of 1964 and go searching for long lost bluesmen?

“We were either brave, stupid, or uninformed.”

Two Trains Runnin’, director Samuel D. Pollard’s engrossing documentary on the convergence of separate journeys, shows them to be all three.

In June of ’64, the boys were privileged enough to be unaware of the Mississippi Summer Project, which aimed to bring voter registration to as many African-American Mississippians as possible. Like historical embodiments of Steve Buscemi’s music nerd in Ghost World, they were all obsessed with Delta blues, and most specifically, with two legends of the genre who had all but disappeared.

A group from California set out in search of Skip James (though no known photographs of James even existed), while “three Jews in a VW Bug with New York plates” went south to follow clues that might lead them to Eddie “Son” House (someone maybe saw him leave a theater). Maps are laid out like dueling ascents on Everest, and Pollard utilizes first-person interviews, stylized graphics, animated re-creations and, of course, stirring blues music to unite the paths of the “two trains” headed to Mississippi.

The boys were drawn to these performers through powerful expressions of both the “source and cure” of a torment light years away from their postwar suburbia. Outside the comforts of home, they found the raging racial torment of beatings, bombings, and murder, with a view that they themselves were just more outsiders coming to “give the vote to the blacks.” It is on this point that Pollard makes his subtle pivot, and the film strengthens the current of shared humanity running through it.

Featuring graceful narration from Common and contemporary Delta blues performances by Valerie June, Gary Clark, Jr., Lucinda Williams and others, Pollard has crafted a rousing bookend to Bill Guttentag and Dan Sturman’s 2009 documentary Soundtrack for a Revolution. The music is the message and the message is the music, and Two Trains Runnin’ becomes both a sober reminder that the fight continues, and an uplifting ode to fight on.