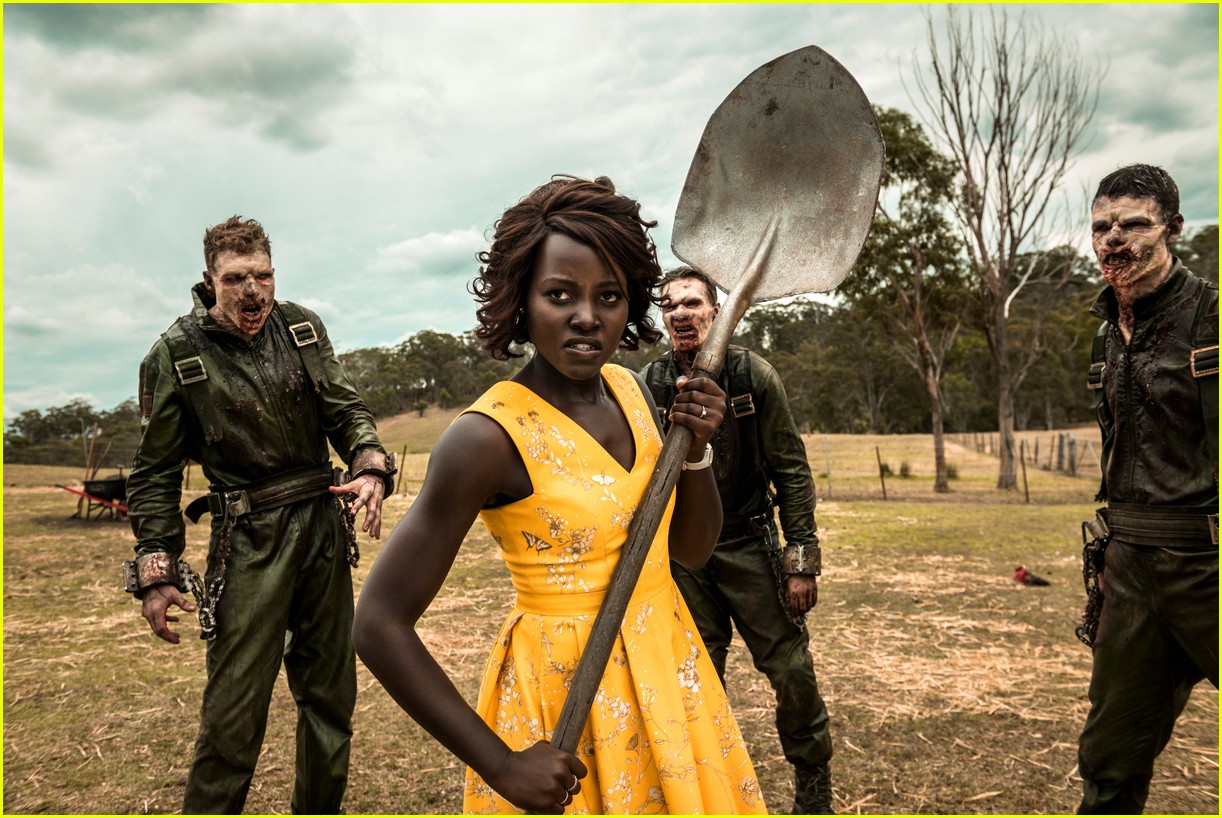 The fact that there is a character named Teddy McGiggles in writer/director/Aussie Abe Forsythe’s new horror gem Little Monsters—let alone that Teddy (Josh Gad) has to clarify that it is not his given name—tells you a lot about the film.

McGiggles, a beloved and boldly dressed kids’ show host, is just one of the uninfected trapped in the souvenir shop at Pleasant Valley Farm Petting Zoo (now with Mini Golf!).

The petting zoo sits next door to a military testing facility, one thing eats the brains of another and suddenly Miss Caroline is hurdling zombies and convincing her class this is all a game.

Even though the film is being compared to Shaun of the Dead, please go into this with your eyes open. Though it has an incredibly sweet heart and a bus load of insanely cute children, the film is definitely R rated.

Mainly because of Gad, whose character has, shall we say, some bad habits and a pretty ugly catharsis on the playground. It’s pretty funny, but a surprisingly mean kind of funny.

Still, Little Monsters is, in its own bloody, entrail-strewn way, adorable. Honestly. And so very much of that has to do with Nyong’o. Miss Caroline’s indefatigable devotion to her students is genuinely beautiful, and Nyong’o couldn’t be more convincing.

The enormously likable cast and a tight script elevate the film above its slight story and often borrowed ideas. But the pace is quick, the bowels are spilling, and I’ve never enjoyed Taylor Swift’s Shake It Off more.