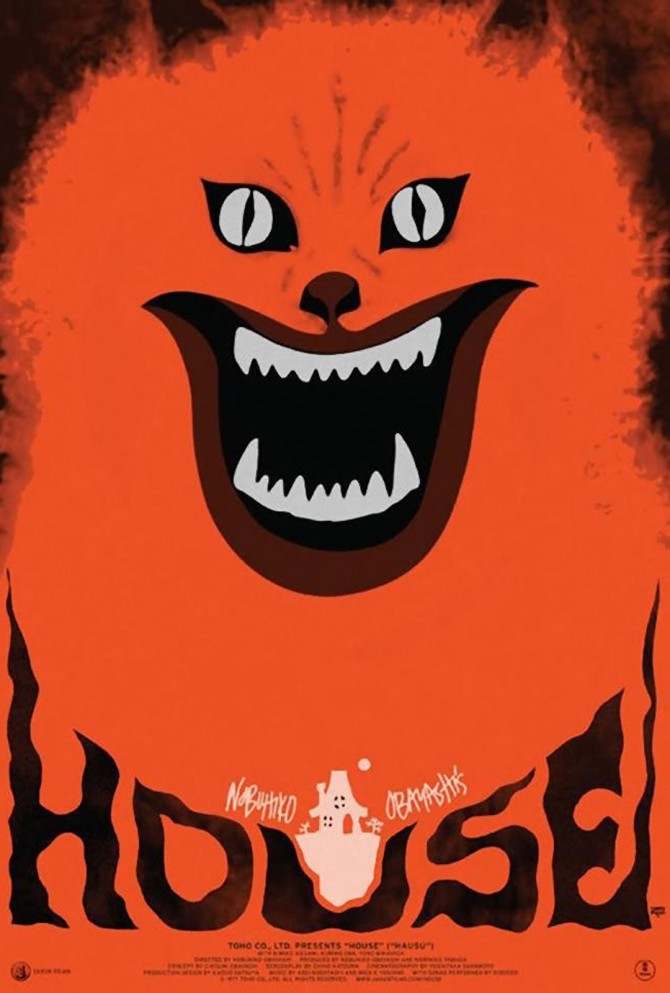 For a weirdly Japanese take on haunted houses, sneak a gander at Hausu. Think of it as something like Pee-wee’s Playhouse of Carnage.

A spoof of sorts, Hausu tells the story of six uniform-clad high school girls named Gorgeous, Fantasy, Sweet, Melody, Kung Fu, and Mac. The nomenclature alone should clue you in on the film’s lunacy.

The trippy nonsense wears a bit thin eventually. Luckily director Nobuhiko Obayashi’s film clocks in at under 90 minutes, so the screen goes dark before the novelty wears off.

Hausu screens at midnight Thursday (8/8). You can also see: