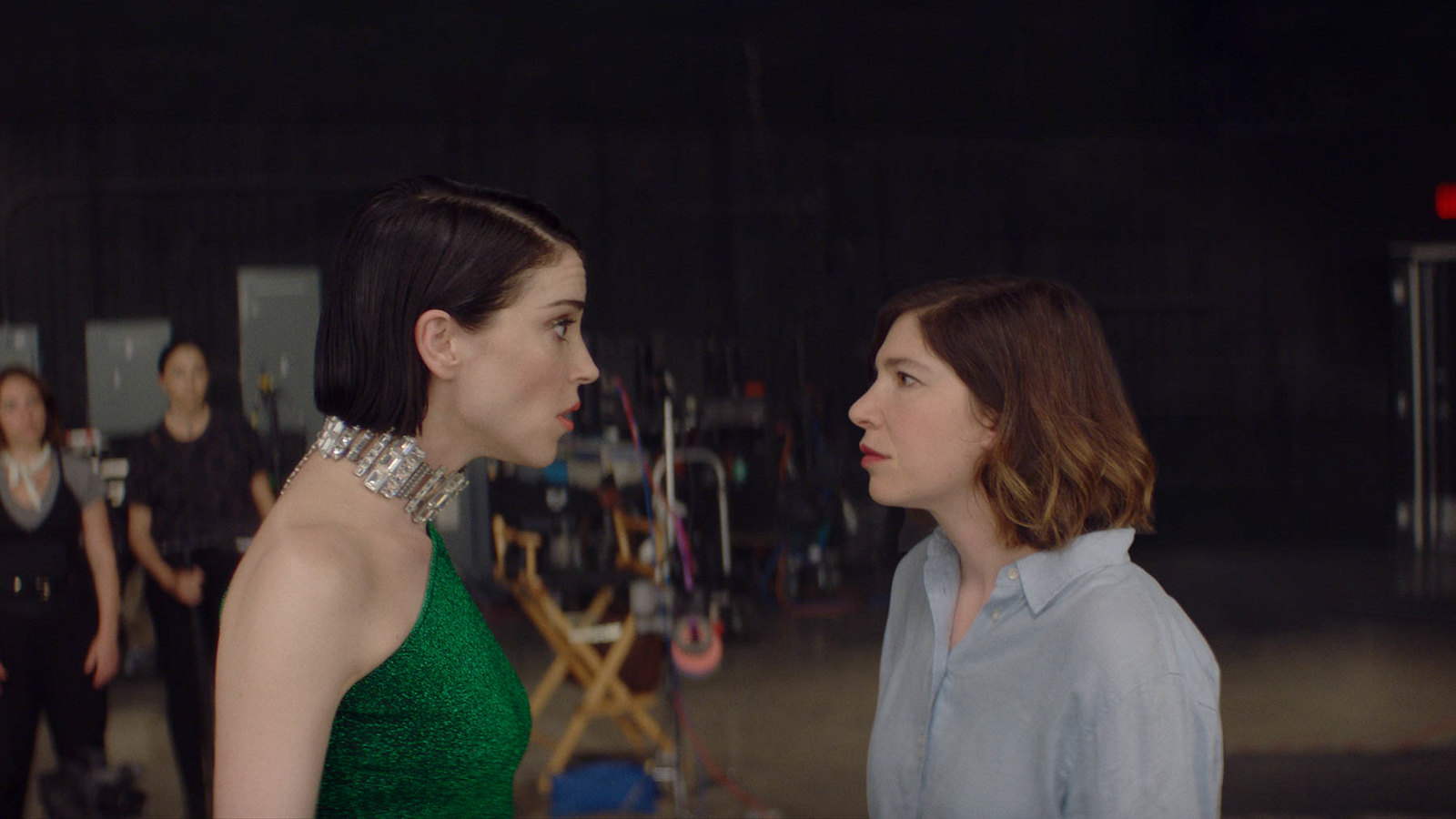 Ever wondered what a mock music documentary directed by David Lynch would feel like?

Bill Benz’s The Nowhere Inn is a hybrid of St. Vincent tour footage and a deconstruction of the concept of identity, written by real-life friends Annie Clark (St. Vincent) and Carrie Brownstein (Portlandia, Sleater-Kinney).

Ostensibly a music documentary of a St. Vincent tour put together by Annie and her best friend/director Carrie, the goal of the project is to show fans who Annie Clark really is and give Carrie a chance to dig herself out of a career rut.

Quickly, Carrie tires of Annie’s life off stage, which consists of Pilates, playing scrabble with bandmates on the bus, and searching around tour locations for farmers’ markets to purchase healthy road snacks. Carrie asks Annie to zhuzh it up a bit to make the film more interesting.

And the offended Annie delivers.

As Annie’s behind-the-scenes self merges with that of her stage persona, the film takes on a more ominous tone. It combines elements of a music video with comedy and thriller/horror. (And even amateur pornography in a fun little scene with Dakota Johnson playing an expensive lingerie-wearing fictional Dakota Johnson.) Ultimately, the movie becomes surrealist as it grapples with the nature of identity, friendship and authenticity.

The cinematography is often painterly with vibrant colors contrasted against velvety blacks. This is mixed with somewhat grainy “archival” footage, filmed St. Vincent performances, and reality TV-style confessional interview footage. The fact that we don’t get lost in all this is a win for the editing department.

Annie Clark shows an impressive acting range, from nerdy awkwardness to lonely vulnerability, aloof artist to menacing narcissist. She’s also got a sense of comedic timing that can keep up with the bone-dry Brownstein.

Although the thesis is somewhat belabored and some of the subplots don’t particularly go anywhere, The Nowhere Inn is an interesting place to find yourself.