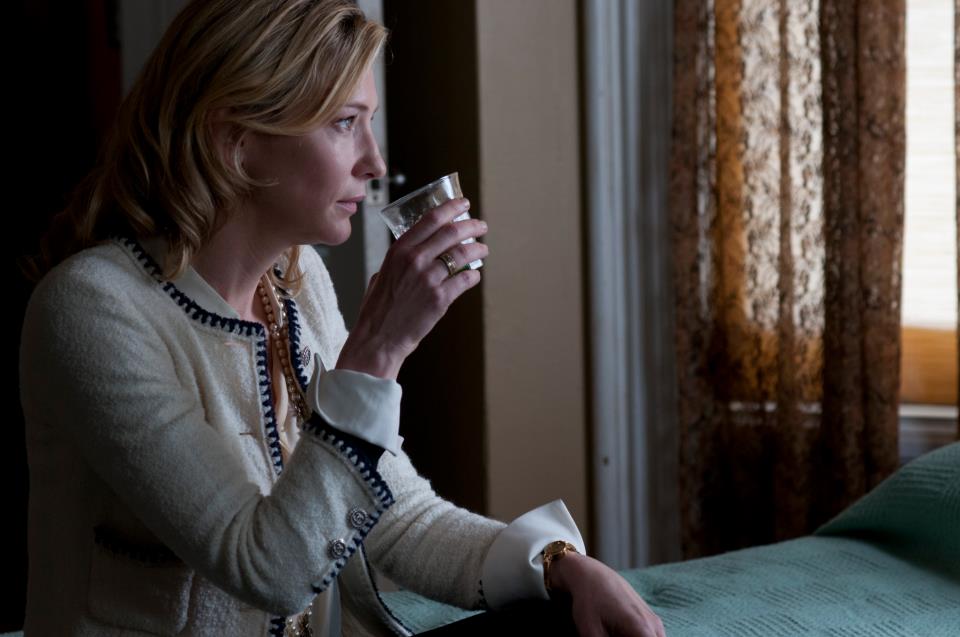 Here’s a news flash:  Cate Blanchett can act a little bit. In fact, her performance in Blue Jasmine is so effortlessly great, it’s as if we’re discovering her wealth of talent all over again.

It doesn’t hurt that writer/ director Woody Allen has given her a fantastic character to dig into, and Blanchett gives Jasmine multiple dimensions from the very first scene. Jasmine is bending the ear of a fellow air traveler, her neurotic front of superiority on full display. It is a complex role to be sure, but Blanchett has us hooked from the start.

Jasmine’s marriage to Hal (Alec Baldwin) has crumbled, taking with it a luxurious life in New York. Broke and desperate, she’s forced to swallow some of her ample pride and move in with her sister Ginger (Sally Hawkins) in San Francisco.

Ginger and her ex-husband Augie (Andrew Dice Clay– surprisingly effective) have a suspicious history with Jasmine, while Ginger’s new boyfriend Chili (Bobby Cannavale) tries to stay friendly through the constant, sometimes not so subtle put downs. As we witness Jasmine’s effect on everyone around her, frequent flashbacks slowly provide answers to questions from the past.

The film offers plenty to like, but Blanchett’s Oscar-worthy performance sits at the very top of the list. She makes a shallow, obnoxious character so completely human you can’t bring yourself to hate her.

A sublime intersection of character and actor, Blue Jasmine should not be missed.