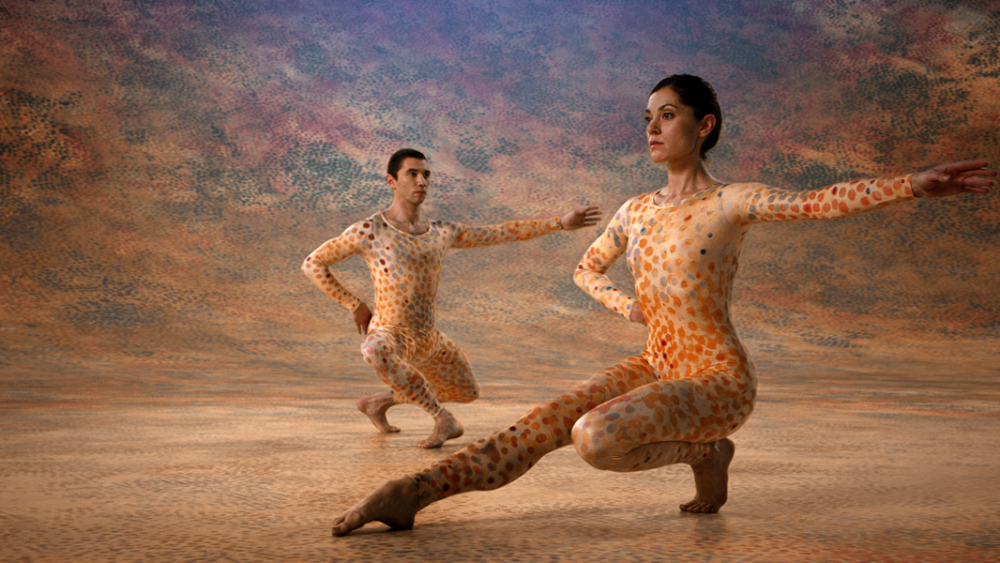 “The audience was puzzled.”

Such was modern dance legend Marce Cunningham’s wry, almost tickled description of one reaction to a performance. An enigmatic presence on and offstage, he makes for a fascinating if ultimately unknowable center to documentarian Alla Kovgan’s new documentary.

With Cunningham, the filmmaker seeks to reignite the peculiar audience response the dancer/choreographer’s performances once garnered, and perhaps drive wider appreciation for his work.

Kovgan chronicles the ways in which Cunningham challenged the traditional concept of dance, combining ballet and modern choreography and creating works without relation to music. His avant garde approach drew the attention and collaboration of other boundary-pushing artists of the time, including Andy Warhol, Robert Rauschenberg, and Cunningham’s eventual life partner, John Cage.

Speaking of his interest in Cunningham’s work, Cage says, “I would like to have an art that was so bewildering, complex and illogical that we would return to everyday life with great pleasure.”

Kovgan goes about exploring not only that very work but the mind and imagination behind it through an appealing combination of archival footage, audio and onscreen text, as well as re-stagings of some of the artist’s most memorable pieces.

The result is provocatively piecemeal, a visually arresting if intentionally untidy image of Cunningham’s life and work. Most often, Kovgan’s style suits the content beautifully, but other times it’s a misfit.

Where Wim Wenders employed 3D to immerse the viewer in the dance of Pina, Kovgan is as concerned with the surrounding as the movement. She stages performances on rooftop, in meadows, among trees and within train tunnels. While the combination creates a vibrant visual impression, it steals emphasis from the movement itself, which feels out of step with Cunningham’s most basic philosophy.

Kovgan takes chances, capturing the dance from above, close up, far away, and at odd angles. This sometimes creates a vibrant, off kilter sensibility that complements the material. At other times, you wish you could see more of the dancers, feeling as if you’re missing something amazing in favor of needless close up footage of a face.

It’s a small knock, honestly, with dances this arresting and accompanying material this compelling. Kovgan’s respect for the work as well as the life of her subject is clear and she’s captured much of that spirit.