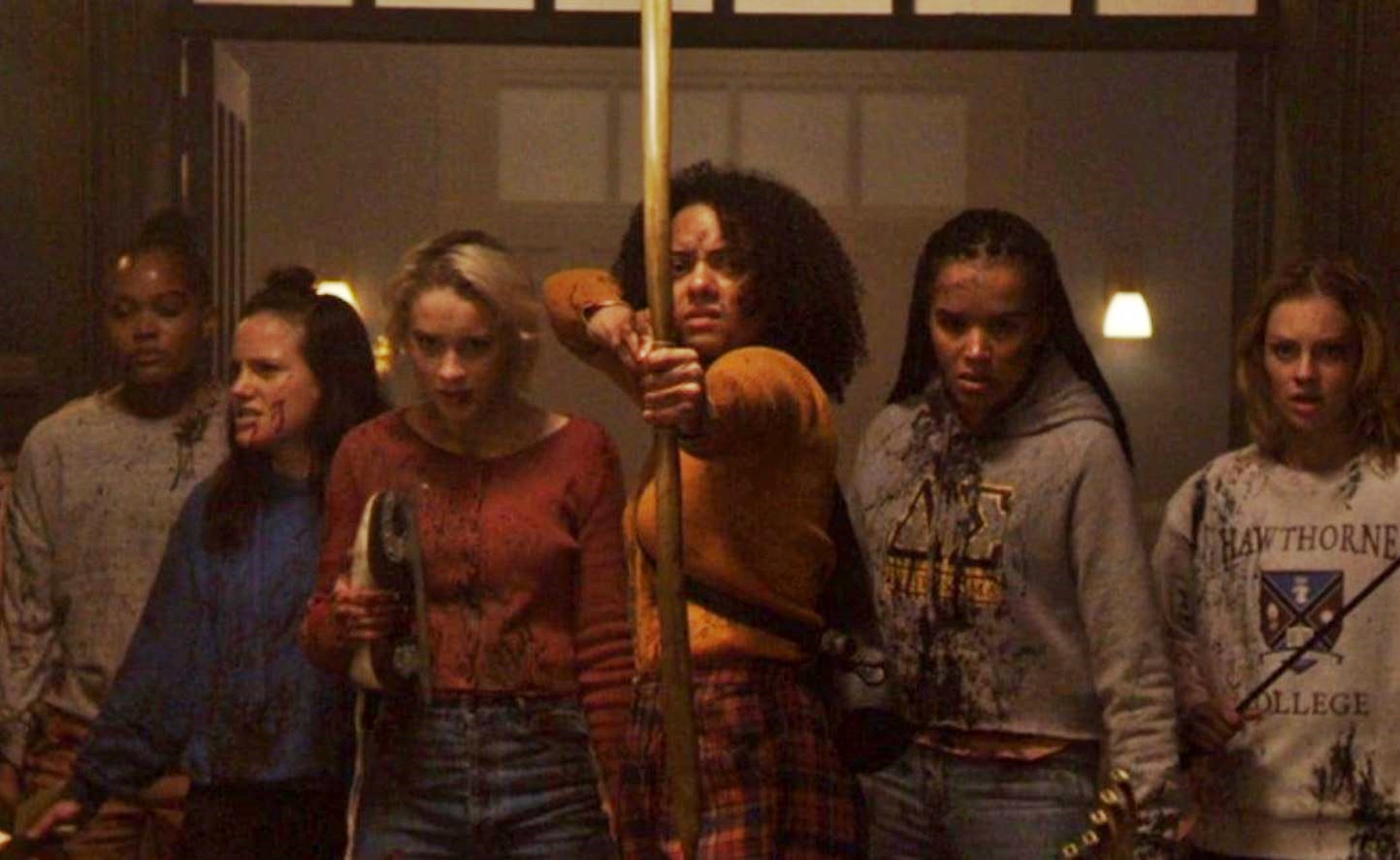 In the history of cinema, the number of bad, misogynistic horror movies is too high to count. I literally cannot count that high. So, even though Black Christmas is not a good horror movie, it’s somehow comforting to know there is now at least one bad feminist horror flick.

Christmas break is upon the Hawthorn College campus and students are slowly trickling home. Any sorority sisters left at school will wish they’d made other plans.

Clark’s bloodier yuletide gem remains relevant because it’s a pre-slasher slasher, meaning that it doesn’t entirely follow the formula because there was no formula for slashers in 1974. Many consider Black Christmas to be the first of that sub-genre, so it subverts expectations because, when it was made, there were none. Fun!

The second reason people return to it annually is the creepy ass phone calls that still somehow manage to be chilling.

Takal definitely frustrates with phones, although not to nearly the same chilling effect. But she does manage to give the formula a switch-up.

Imogen Poots leads the cast as Riley, and we know Riley is the film’s hero because she has the most to overcome. Poots is a reliable performer, though she struggles to give Riley much character. Still, you see flashes of her talent, especially in an infuriating conversation with campus police.

Unlike the ’74 original or the unwatchable 2006 reboot, Takal’s Black Christmas is PG13, so don’t expect any real scares or envelope-pushing violence. Where Takal takes chances is with the message that rape culture has to be burned to the ground.

The film is a blunt instrument, but there are moments in the dialog that are both cathartic and funny. Female characters are treated with sincere scrutiny and empathy (except in the film’s prologue, which is just disappointing).

And yet, the leap in logic between “let’s go to the cops” and “here’s my supernatural theory” is so grand, so bold, so ludicrous that you almost have to admire it. It absolutely sinks the movie, but there’s something applause worthy in the wrong-headedness of it.

The plot ends up killing Black Christmas, which is too bad. Takal threads some audacious take downs of bro culture throughout a film with a lot of insight. It’s just not a very good movie.