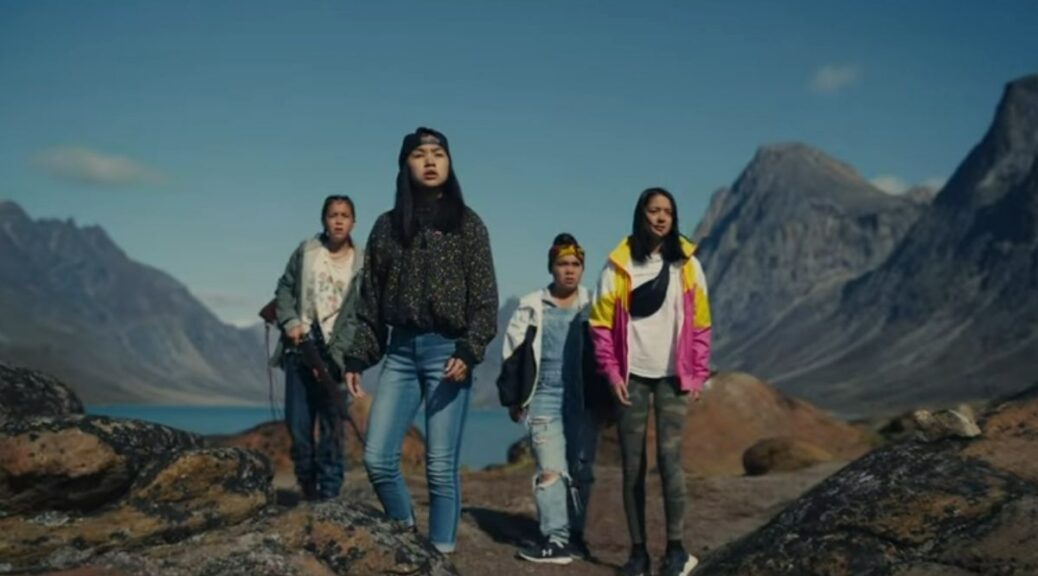 Researchers on the Arctic Circle don’t have a great track record for surviving horror movies. Don’t you love the way blood pops on snow? The tentacled menace that cuts the scientist’s research short is soon to terrorize a remote fishing village called Pangnitung, or as Maika (Tasiana Shirley) and her buddies call it, Pang.

Innuksuk has a lot of fun reconsidering John Carpenter’s The Thing – the tale of an invasive species and the terrifying havoc it can wreak ­– from the perspective of four indigenous teens. And in case the point is lost on you, Maika has a badass jacket to wear when killing invasive species that may help to clarify things.

None of the performances suggest a superstar in the making, although Nalajoss Ellsworth impresses as instigator, malcontent and comic relief Uki. Still, the buddies – who include Chelsea Prusky as Lee Lee and Alexis Wolfe as Jesse – share a rapport that feels honest and relatable. Innuksuk mines this to enrich the fantasy elements with realism.

The filmmaker’s greatest collaborator is cinematographer Guy Godfree (Maudie, Let Him Go). The two contrast the ramshackle buildings of Pang with the glorious natural landscape around it. The effect not only conveys what could be lost to these bloodthirsty outsiders, but what was lost the last time.

Creature design is sometimes inspired, sometimes a little weak, but Innuksuk embraces these limitations. Production value is high, even when the images and performances on the screen seem a bit amateurish. Somehow the two fit together in this world at the edge of the world, where that adolescent urge to pretend to be someone you’re not feels like a real betrayal and those seal hunting trips you took with your dad finally pay off.