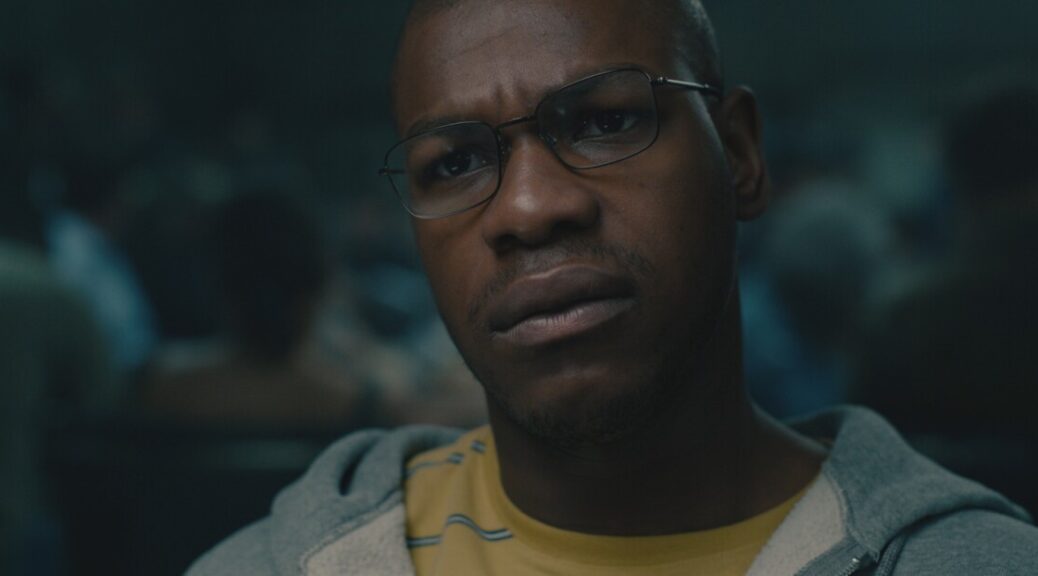 John Boyega is here to remind us that he is more than Finn.

He has been, of course. He burned right through the screen in the raucous Attack the Block. He simmered with contempt and resignation in Detroit. And he charmed as the well-meaning hero in some light galactic fluff.

He explores something entirely different in Abi Demaris Corbin’s heartbreaking true story, Breaking. The filmmaker delivers a bleak look at bureaucracy and the plight of the Black American veteran without fanfare or sentimentality. Instead, her film aches with compassion.

Boyega is Brian Brown-Easley, a retired Marine on the verge of homelessness due to a clerical error made by the VA. He is about to do something very rash.

The set-up is pure high drama, a tension-fueled action flick waiting to happen. And it can wait, because Demaris Corbin and her cast take a profoundly dramatic situation, one exploited for its tension for as long as we’ve made films, and drain it of hyperbole, finding something not mundane but intimate.

Films like this are loud, but Breaking is quiet. Demaris Corbin builds relentless tension with very little volume, the silences only emphasizing the fear felt by a small group of characters inside an uncomfortably intimate situation.

Boyega disarms and devastates with clarity, tenderness, and touches of paranoia. You never know exactly what to make of Brown-Easley, but any tendency to underestimate him is met with rejection.

Nicole Beharie (Miss Juneteenth) meets that performance with fierce but terrified honesty. Her fiery performance demands that the film never resign itself to Brown-Easley’s fate, and reminds us clearly that the plight of the Black veteran looks different than that of a white one.

Michael Kenneth Williams, in one of his final performances, joins mid-film, playing against-type as a thoughtful hostage negotiator. He carries a sense of optimism with him that only deepens the tragedy the film tells.

Please prepare to be heartbroken, particularly when Brown-Easley’s daughter Kiah (London Covington – oh, that little face!) reminds her panicking father to breathe, imitating the proper way to do it as if it’s a ritual the two have. Covington is wonderful, heartbreakingly natural, and the scene offers a gorgeous piece of realistic tragedy, or day-to-day struggle and resilience.

Demaris Corbin uses visuals to move seamlessly from present tense to flashback, and one particular image of a blood trail across worn bank carpet is particularly effective. For a film trapped primarily in a single space, Breaking creates something tragically universal, but it never betrays its hard-won intimacy.