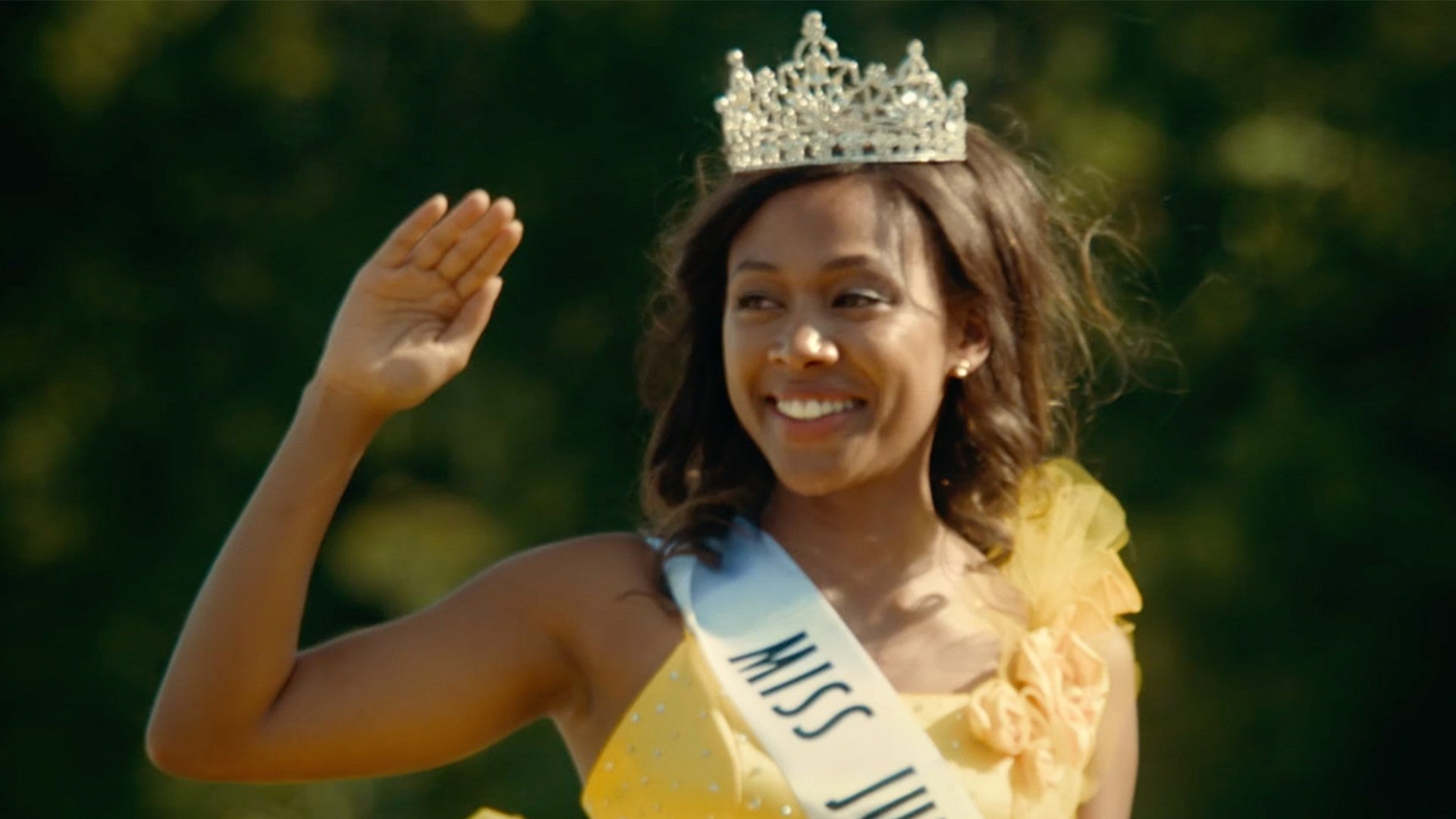 For those unfamiliar with the Juneteenth holiday, writer/director Channing Godfrey Peoples weaves an explanation and short history into the film at relevant moments. You’ll quickly understand the importance of this holiday, not only in the film’s setting of Ft. Worth, Texas, but in the greater black community.

If you are anticipating a film about the ins and outs of pageants, you won’t find it. Yes, there is some focus on the pageant, but mostly, this is a film about mothers and daughters.

Turquoise is the focus. Beharie and Peoples create a lot of empathy for a black, single mother trying to make it work.

There are numerous layers to Turquoise’s life. She’s separated from her husband, Kai’s father Ronnie (Kendrick Sampson), although he’s still around. It’s clear Turquoise loves Ronnie, but he’s disappointed her in the past.

The film’s strength is the way it lets this story unfold organically. As the plot takes us forward, we learn more about the connections between characters—small, intimate moments conveying vast amounts of information.

Of course the characters butt heads, but the conflict is secondary to the loving bond the two women share. Turquoise maintains a hard line with her daughter because she wants Kai to do better in life than she did. Though Kai at times resents this, she seems to understand her mother’s intentions. When Kai finds ways to push back against her authoritarian mother, you are never in doubt of Kai’s love for Turquoise, she simply wants to be her own woman.

The film also delivers a realistic view of poverty. Whenever Turquoise gains financial ground, something happens to pull the rug out from under her, leaving her with questions like whether to pay her late electric bill or the registration fee for the Miss Juneteenth pageant. Turquoise will always invest in her daughter’s future.

Turquoise has a supportive community around her, a cast of characters who round out the story nicely, and when life tries to knock her down, she will get back up with the help of those around her.

As we approach the 155th anniversary of Juneteenth, this is a film worth seeing.