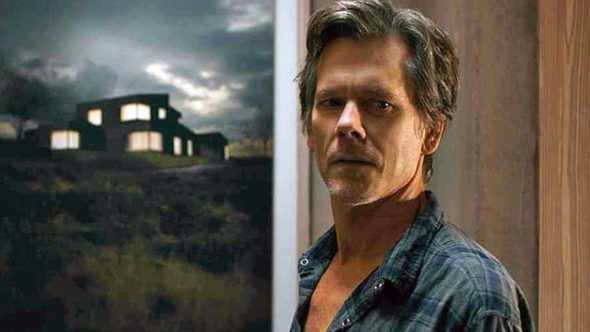 You Should Have Left

Most weeks there’s at least one streaming movie option that will cost you. These are ostensibly the films that were meant to be theatrical releases, as opposed to your garden variety direct-to-streaming options. The idea is that you’re paying a premium to get to see it now, rather than waiting for theaters to open up.

It’ll be interesting to see how long this tactic lasts, but one thing is for sure: You Should Have Left is not worth $20.

Bacon plays Theo, a man with a past and a much younger wife (Amanda Seyfried), Susanna. She’s a sought after actress and he’s feeling a little neglected, so they decide to spend the three weeks between her shoots with their 6-year-old Ella (Avery Tiiu Essex) in a remote rental property one of them found online.

Which one found it, though?

From the early dream sequences to the small town shopkeep with an accent, an attitude and a secret to—well, hell, every single thing—You Should Have Left squeezes the life out of standard horror tropes.

Not that this is horror, really. It’s certainly not scary. I wouldn’t call it a thriller, either, assuming those have to thrill at some point. Nope, it’s just a boring, predictable waste of talent.

Theo’s internal conflict is weakly depicted, his arc equally anemic, and for that reason, his epiphany feels unearned. The actor does develop a lovely onscreen relationship with Essex, although she’s asked to do little more than look pensive.

Or maybe she was bored. Hard to blame her when Koepp works so hard to make the film tedious. Uninspired sound design and mediocre FX blend together with the filmmaker’s hum drum storytelling to betray a tiresome lack of imagination.

No way Universal believes they deserve your $20 for this.

← Screening Room: Miss Juneteenth, You Should Have Left & More
Phenomenal Woman →
Scroll Up