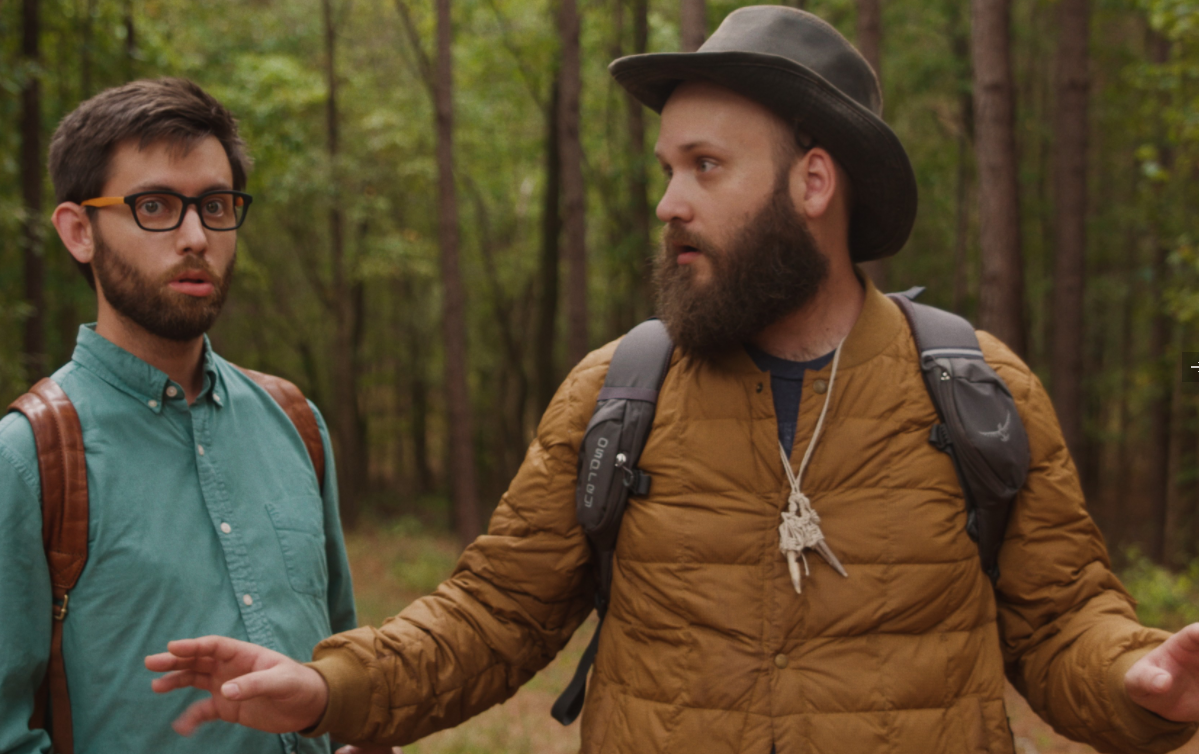 It may be elusive in the wild, but Bigfoot is not at all hard to find on your movie screen of choice. 15 Things…was originally known as The VICE Guide to Bigfoot, and the new title gives you a big clue as to what this mockumentary is really searching for.

Brian (co-writer Brian Emond) is a reporter for an online news outlet (like VICE) who is longing to cover some actual news. Even when he and producer Zach (director and co-writer Zach Lamplugh) are sent to some hot war zone, it’s only so he can uncover the happening craft beer scene. So Brian’s paid his dues, which, as it turns out, doesn’t mean squat when there’s an opening on the network news side.

That slot goes to “Dirty Dolla$ign$” (Tevin Williams, hilarious) who advises Brian to “get in the shit, baby!” if he wants to move up.

The shit Brian and Zach get into starts at the Georgia Bigfoot Convention, and leads into the North Georgia foothills with YouTube Bigfoot hunter “The Cryptid Commander” (Jeffrey Stephenson). As he investigates a possible sighting, Brian tries to get the Commander to admit his Bigfoot obsession cost him the love of Jenny, and that he’s utterly full of crap.

Keeping a mockumentary tone that’s both consistent and consistently funny is not easy, and 15 Things…does stumble a bit on both counts, especially when the Blair Witch-iness of the woods takes a sudden hard left into a heroine smuggling operation.

But from clickbait to fake news to false flags, Lamplugh and Edmond do get their shots in, and some of them land with a solid LOL. Do they find the Bigfoot…or the “Bigfoot in themselves?”

If that’s the type of mocking tone that makes you giggle, there’s at least 7.5 things about this film that will have you laughing in appreciation.