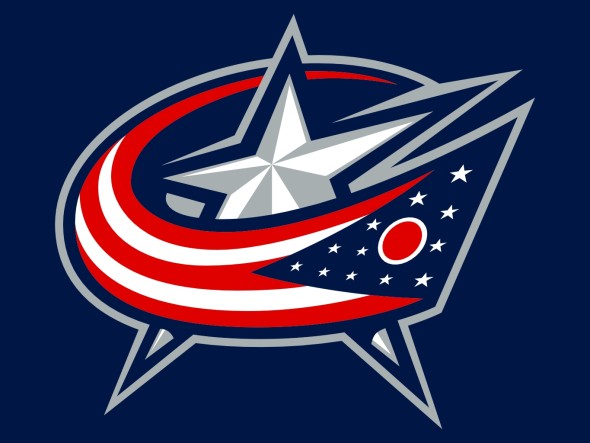 by Hope Madden
It’s Blue Jacket season, which always makes me a little nostalgic for Brazil. Not that I’ve ever been there, but watching early Jackets’ history through the eyes of our Brazilian exchange student gave the whole experience more energy and excitement.

Edinardo – or Edodido, as my mother-in-law cheerily, loudly called him for no reason I can think of – moved in with us November of 2000, just in time for the Jackets’ inaugural season. He’d never seen a hockey game before, being more of a baseball guy, but he turned out to be a Yankee fan, so we decided to focus on hockey.

Edinardo came to us sort of by accident. My husband George had read his woeful tale in the Tri-Village News. He’d been mistakenly placed with a family planning a move to Peru.

The service had found another family to host Edinardo in Kentucky, but he’d made friends at Grandview Heights High and hoped to stay.

We’d never tackled the challenges of parenting a teen before. Since then, we’ve not only tackled those challenges, but we’ve actually tackled teens. Knocked them right to the ground.

But back in ’00, our son Riley was about to turn seven, we were still optimistic about the upcoming election, and the whole world seemed gentler.

Plus, we had two unused bedrooms, so we took him in.

We were interviewed, of course, to ensure we were fit to assume responsibility for the boy. The woman from the agency asked us what our policy was toward dating. I told her we weren’t allowed to (bada-bing!). It was all pretty silly, but they let us have him anyway.

There were ups and downs. He more or less refused to speak more than severely fragmented English, which was certainly the down part. He poured full bags of Lays Sour Cream and Onion potato chips on top of every meal I cooked. In his room at night, when he talked for hours on the phone with the friends he missed from back home, he sounded exactly like a roomful of 12-year-old girls.

I don’t know how he did it, but you’d swear we had a Brazilian middle school cheerleading squad stomping around and squealing up there.

He pronounced George with the most gorgeous accent, but called me Rope and referred to Riley as Big Baby, which came out sounding like Pig Baby – a nickname that stuck for a while, actually.

But once it got beyond the “let’s be on a first name or close to it basis” we didn’t really gel as a group until hockey.

Although our first game didn’t go as well as it might have.

We decided at the last minute one night to give hockey a try as a newly-extended family. George was going to meet us at Nationwide Arena, and I planned to scalp four tickets in the meantime. (It’s not illegal; it’s just frowned upon. And in 2000, it was harder than you realize.)

“I can give them to you for twenty each,” he countered.

I can see the scene from his point of view: a wholesome enough hockey mom, an apple cheeked 7-year-old attached to one hand, an exchange student eager for new cultural experiences behind. I countered back:

“That would be all the money I have. The boys are going to need a hot dog, at least, once we’re in there.”

As I dug around for the sixty bucks, Edinardo decided he wanted to treat and pulled out a hundred dollar bill.

Well, it’s not like I wanted to strike up a long term friendship with the scalper.

Plus, it was a good opportunity to explain some of the nuances of American sports culture.

Edinardo loved the game so much that he began going on his own as often as he could. His best day in the US came during a Jackets’ home stand against the hated Red Wings.

The Jackets got behind. A Red Wings fan – a particularly belligerent one I like to imagine wearing a mullett – shouted to Edinardo as his team went ahead, “Hey, loser, why don’t you go home?”

I hate that part of the story. Edinardo, alone in a sea of drunken hockey fans, harassed and intimidated. But his tale improved.

The Blue Jackets went on to an amazing come-from-behind win. The screaming crowd was on its feet. It was the most excitement Edinardo had been part of since coming to our country. Full of team pride, he turned around to the Red Wings fan.

← I Don’t Want to Go Out – Week of January 22
The Screening Room: Action and Oscar Contenders →
Scroll Up