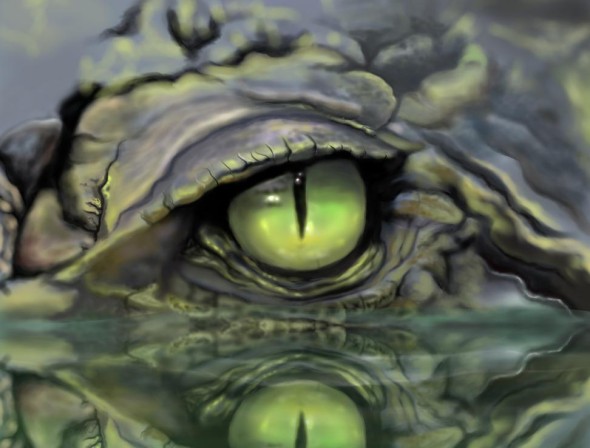 Did you hear the one about the Southern Ohio man who purchased a mountain lion at a flea market and promptly lost it?

The punchline is, that’s a true story.

There are so many things wrong with that sentence I don’t know where to begin.

I was writing a short magazine article on Ohio’s updated exotic pet laws. I got in touch with Terry because I was looking for some kind of counterargument to balance the seemingly reasonable limitations recommended by Columbus’s health department.

Terry sold exotic animals, so the new restrictions would limit his business. They also meant getting rid of his beloved pet Smiley, the 5-foot gator who roamed free through his store.

Terry guaranteed that captive-born animals were harmless, and that garden variety pet stores carried much deadlier wares than anything I’d find in his store. I glanced at the toothy, venomous, cold-eyed whatnot behind glass all around me.

“In fact,” he began, lifting a small box taped for shipping, “what’s in this box here is one of the most dangerous animals you’ll find in this state.”

He shook the box at me for emphasis. I’d had surgery on my left foot and was wearing an orthotic boot, so outrunning a predator seemed unlikely. This suddenly felt like a problem. Then Terry took out a pen and began to tear open the packing tape.

“You can buy these at almost any pet store, and I guarantee they do more damage to the human body than anything I sell.”

Again with the shaking.

It turned out to be a small, non-venomous reptile, bright green and not un-gekko-like but prone to biting. A let down of sorts, but I’m not ashamed to say Terry had scared the living shit out of me.

I’d lost my train of thought due to the anxiety and relief cycle, and when I began paying attention again Terry was telling me that Ohio needed no laws at all to regulate the ownership of exotic animals.

Certain that I’d misheard, I tried to clarify with the most obvious question that sprung to mind.

“Most zoos turn to private collectors when they want to acquire a rare exotic.”

“But certainly there are animals that people shouldn’t own.”

“Other people,” he answered. “I mean, you don’t even have to get a license to raise a child, but you need one to own an alligator.”

Terry went on to tell me of a middle aged man with an intellectual disability whose mother died, leaving him alone with his 8-foot gator and 40 rabbits. The tragedy, in Terry’s eyes, was that the state intervened and made the man give up his gator as well as his rabbits.

Hold the phone – there was an 8-foot gator living in the city of Columbus? Inside city limits?

Terry went on to share other pet owner misfortunes. In all Terry’s stories, the tragedy is that the owner is separated from his animal. Even in the case of an apartment manager who kept 10 gators in his 2-bedroom basement flat.

The other tenants were unaware.

And you couldn’t trust the state, the health department, the humane society, not even the cops. Terry told the tale of a Cincinnati man infected with rhino venom. I don’t even know what that is, but it sounds nasty, doesn’t it?

Terry maintained that the cop on duty knew of the only stash of rhino anti-venom in the state, and he neglected to share this information, rendering him the Cincinnati man’s murderer.

But the snake is really the killer, right?

“No. The cop knew where the anti-venom was.”

“But, what if he wasn’t the cop on call? Then would the snake have been the killer?”

“But the cop on call knew where to find the anti-venom.”

“But the man’s deadly poisonous snake bit him. Doesn’t that lead you to believe that he shouldn’t have had the snake in the first place? Maybe that poisonous snakes are too dangerous for ordinary citizens?”

“No Ohioan has ever died due to poisonous snake bite.”

“You mean, except that guy in Cincinnati?”

“The cop on call could have saved him.”

“But the snake didn’t kill him. The cop did.”

The real villains, as the spreadsheet taped to his stockroom door would prove were I only to hobble past the register to see its evidence, were not the exotics or the cops, but domestic animals. More Ohioans perish due to cattle, horses, and dogs than to venomous snakes, gator bites, or constrictors every year, said Terry.

I’m no rocket scientist, but isn’t that because they’re Ohioans? Cows outnumber people in some areas of this state. What’s the dog-to-constrictor ratio in Ohio, I wonder?

This guy is nuts, I thought to myself as I began the arduous limp-marathon from the front of the store to the door with the statistics. Then, as I passed the register, I met the pet who’d replaced Smiley.

I nearly stepped on an enormous yellow python, piled up on the floor.

As I halted my one good foot just inches from pissing off a natural predator, my own rarely tapped survival instinct kicked in. 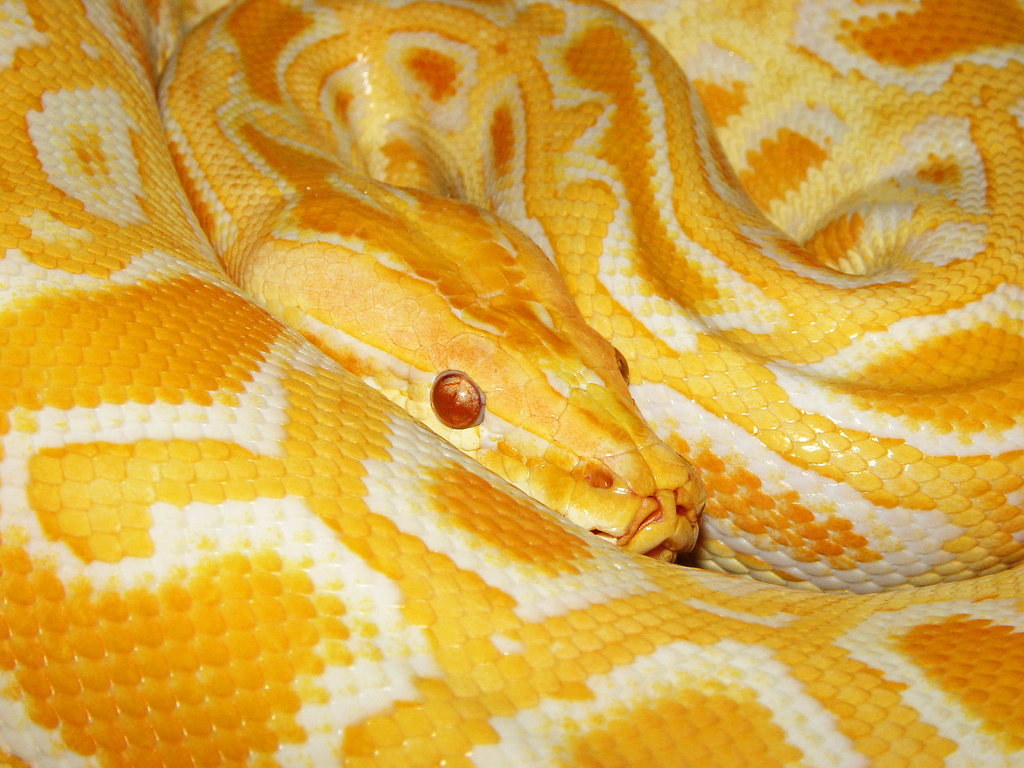 Hobbling backwards was easier than I’d have guessed.

In fact, hobbling right the fuck out of the store took me basically no effort at all.