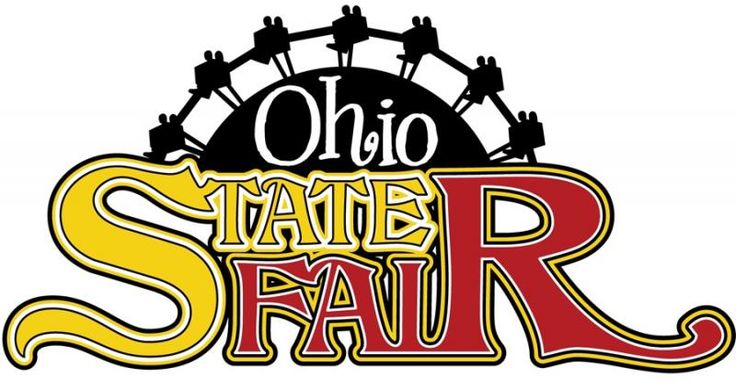 Hijinks on the Midway

It’s Ohio State Fair time and I’m going to take my state pride, as well as my love of hastily smacked together death trap carnival rides, and head right down there! No, I’m totally lying. I’m not going because I’ve paid my dues at the fair and now that the penance has been served, I will get my elephant ears elsewhere.

My son has to go, though. He’s entered that magical stage of life where you take every and all menial labor, however debilitatingly tedious or physically punishing, because you need the money. And so, he’s a carny for the summer.

No, only in my overly romantic imagination. No, he’s manning a shyster booth – trying to con fairgoers into purchasing some inexpensive bit of science. In his case, it’s little capsules that water your plants for you. Back in my day, it was Ford trucks.

Yes, I, too, took the menial and seasonal work offered by the fair when I was 19. In fact, my then-mustachioed and mulleted beau George was working his radio booth just down the Midway from me and my purple pick-ups. After our shifts we’d undertake zany, fair-related misadventures, like eating fair food, or bungee jumping.

That last one was a bad idea. I elected to go first, no doubt to prove that I was fearless or some other utterly ridiculous lie. George and I were still dating at the time. But it turns out that I should have let George be fearless because I was in for unexpected public humiliation – Oh good! My favorite kind.

So, to bungee jump, the carnies – I mean, bungee technician professionals – need your weight. Sensible, really, because they have to make sure they have the right cords. So they weigh you, then shout your weight to about eight different people up the rigging, who likewise make sure your harness is properly adjusted. And, of course, the shouting also guarantees that your cutie pie boyfriend and EVERYONE AT THE OHIO STATE FAIR is now familiar with your weight.

As a rule, I don’t weigh myself. I hadn’t been on a scale in years and was taken a bit by surprise by the appallingly high number being hollered through the grounds.

Rather than pay attention to the directions being given to me as I ascended the rigging, my mind was racing through ways to remedy the weight situation. I need to start running again, I should lay off the Cap’n Crunch, cut out the maaayooonaaiiisseee…And just like that, I’d already jumped without really even noticing it.

What I did notice was that searing pain that shot from my ears to my spine when my neck snapped like a whipcord. Wow – a public weighing followed by a traumatic brain injury. What fun bungee jumping is.

I then hung upside down, bouncing with the elastic, for thousands and thousands of years while all the blood in my body collected, tick like, in my throbbing head. My head was like something that epically unfunny Eighties comic Gallagher might smash onstage with a mallet, spewing gore on the audience.

Which reminds me, Gallagher stopped by Riley’s booth a couple days ago, throwing around self-referential comments and believing himself to be hilarious. Riley, having been born nearly a decade after Gallagher ceased to be relevant, had no idea who he was and politely suggested he move on. Words were exchanged.

And see, isn’t that really the joy of menial labor? Accruing those stories?