I have many fears.

But the fear I encounter the most is my fear of small spaces.

I’m not afraid of being crushed. I’m afraid of not being able to get out of a small space, and then being probably crushed. Or suffocating.

This fear manifests in many places. On the tube in London, a crowded car would remind me that all of those hot, sweating bodies were stuffed in a tiny tin can, that was then stuffed into a cement tunnel.

Concerts are typically a non-starter. There’s nothing worse than being mocked by a glowing exit sign from the middle of a writhing crowd of bodies.

Given my litany of fears, you’d think I’d never leave the house. But I endure. And I push myself to confront my fears. I swim in lakes and cross rooms without turning on the light.

When my friend, and local filmmaker, Michelle Hanson asked me if I’d be willing to be decapitated for her upcoming horror film, I didn’t realize I’d be confronting my greatest fear.

A few weeks before we were set to do the live face cast, (They call it this. Is there a dead face cast? Don’t tell me.) Michelle sent me a video via email. “Here’s the process. Watch this and let me know if you have any questions.”

I didn’t watch the video. I worried it might freak me out.

A few days before the cast, a friend asked me who was coming with me. I had planned to just meet Michelle there.

My friend looked nervous. “I’m NOT claustrophobic and I had to hold someone’s hand the whole time I got mine done.”

“I’m sure it will be fine” I told myself. The little voice had started to whisper “But what if you diiiieeeee?”

When I entered the prosthetics space, a small rented room lined with monster heads and spare limbs, I gave myself a few minutes to settle in. Then I dropped my bomb.

“Hey, I didn’t want to freak anybody out, but super casually I’m actually really claustrophobic.”

The room went silent as Michelle, and the two face-technicians (sure) stared at me in horror. Then there was a flurry of questions and pointers.

“Didn’t you watch the video I sent you?”

“It will probably be fine, most people are fine.”

“Let us know if you start panicking.”

And then one of the technicians said something truly terrifying.

“Here’s the thing. If you freak out, its gonna take us just as long to get the thing off of you as it will to sit and wait until it’s dry. So you might as well just wait and not ruin the mold.” This man clearly had no fears.

I tried to play it cool. I am not sure if this was successful or not. But I smiled and lightly joked as they taped a trashbag to my shoulders, glued on a bald cap, and vaselined my eyebrows. 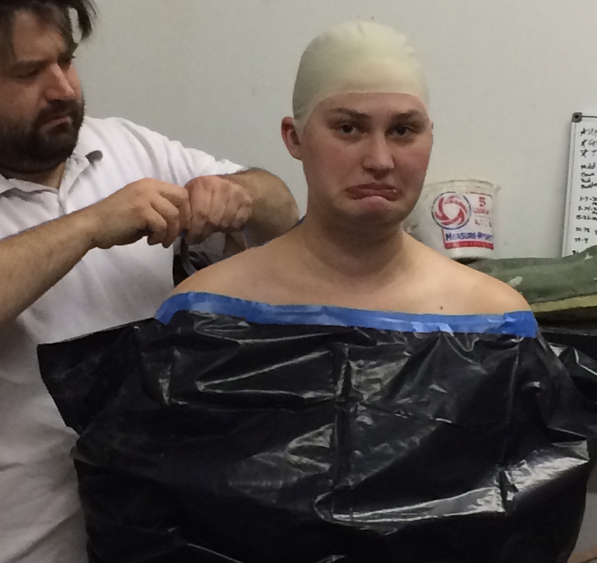 “Okay, so we’re gonna cover your face in this goo-“ I don’t remember what any of it was called now, my inner voice was screaming, “- and then we’re going to put this cast material over that. As soon as it’s dry, we’ll take it off. When we cover your nose, just take one deep breath, and then blow air out of your nose really hard, and you should be able to breathe.”

Should. Be. Able. To. Breathe. 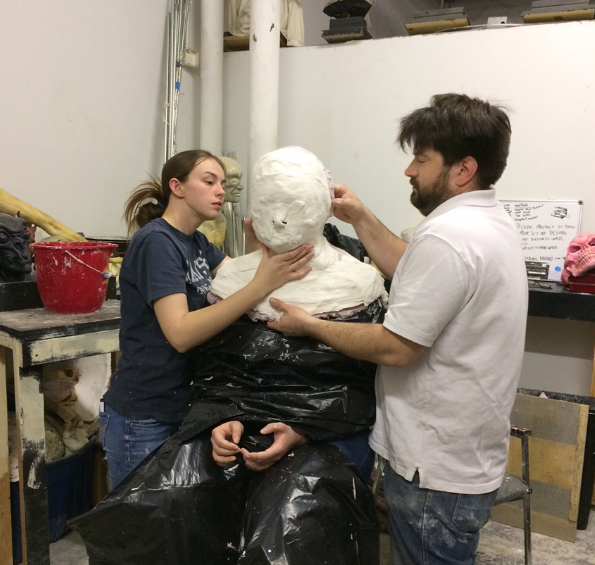 I heard a distant, under water “How you doing?”

I couldn’t move above my elbows, so I simply gave a weak thumbs up. Michelle’s small hand had found me, and was giving a reassuring pat.

And then my mouth was sealed. And my cheeks. And my nose.

“Are you gonna cover the nostrils?” One technician asked.

“Uh…. No. I think I’m just going to fill in around it.” The other answered. 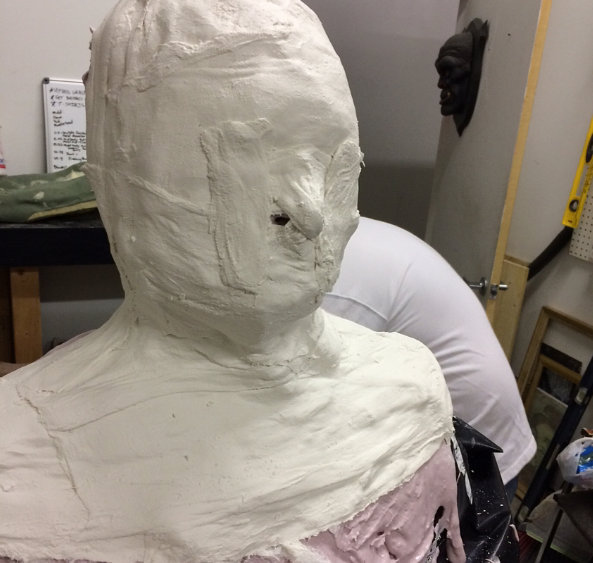 I’d been snorting out air like a wild horse, in a desperate attempt to keep clay from blocking my airway.

I realized I hadn’t asked how I was going to get out, but it was too late. I was buried alive. Every once in a while a technician would come by and tap on the cast to see if it had dried. I couldn’t hear them approach, but when they tapped on my face, it sounded like dirt thudding on the lid of a coffin.

They told me the whole process would take about 30 minutes. I was there for an hour and a half. I didn’t ask how long I was entombed. I don’t think I want to know. But eventually, after many weak thumbs up and hundreds of nostrils-only breaths, I heard tearing.

They were cutting away my fake face. 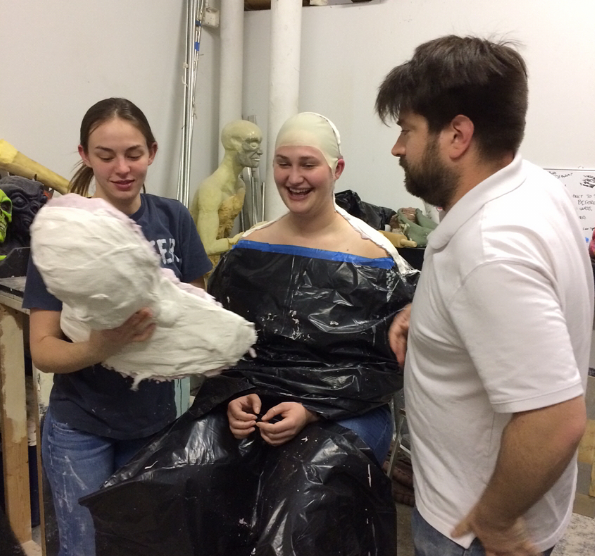 I want to say that when they peeled away the cast and goo, I was reborn. I was without fear or doubt. I had conquered claustrophobia.

But I’m sweating right now just thinking about it.