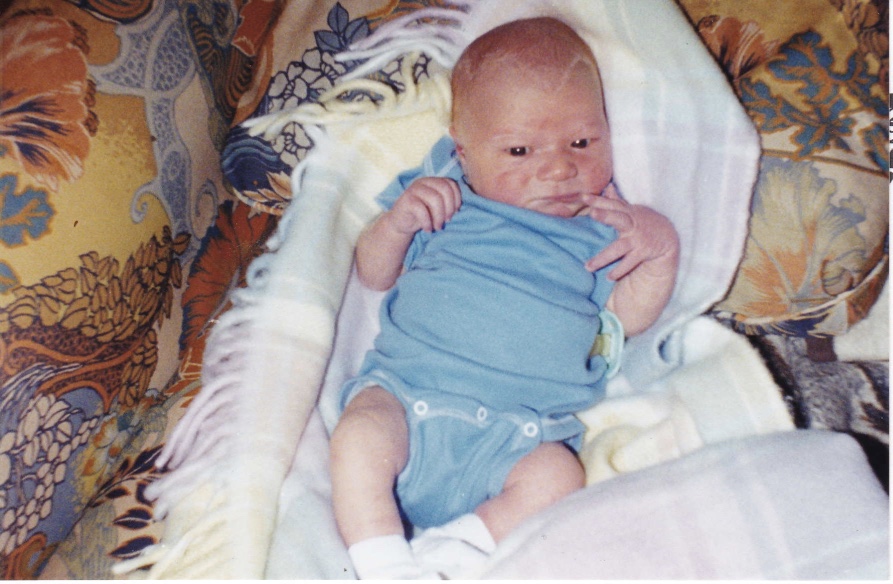 I was not a pleasant pregnant person. There was no legitimate reason for my nastiness—I didn’t have a particularly problematic pregnancy. I wasn’t bed-ridden or diabetic, didn’t have kidney stones or anything. Two of my sisters and a niece-in-law all passed kidney stones while they were pregnant. Fuck! So I had no real reason to complain, but complain I did.

During the time that I was pregnant, I worked at a restaurant in the now-defunct City Center Mall called The Boulevard. There were several servers hired at one point or another during my pregnancy, and once Riley was born and I’d returned to work, one of them—Dawn—said to my friend Tori, “Wow! Motherhood’s had a big impact on Hope. She’s so nice now. She’s a completely different person now that she’s a mom.”

Tori responded: “No, she was a completely different person when she was pregnant. We just got her back.”

My dickishness was fairly legendary at the restaurant. At one point, while I was taking an order from one table, the man at the next table started pestering me.

I asked my customers to give me just a second, turned my head toward the offending patron and barked.

I’m not saying that metaphorically I barked at a customer. I’m saying that I made a barking noise, loudly and as viciously as I could, toward this man. Who shut right up, by the way.

Why so grumpy? Well, first of all, people touch you when you’re pregnant. The minute they realize you’re pregnant, it’s as if that misanthropic asshole they’ve known all their lives has disappeared and in its place is a polite woman who invites you to put your grubby hands on her belly.

Also, when you do express your frustrations, they make excuses for you. “It’s just the hormones…”

Hey, buddy, fuck you. Acknowledge and accept my seething anger or risk being pushed down those stairs like that last idiot who underestimated my bloodlust.

Mainly, though, I felt claustrophobic in my own body, like I was trapped inside my ribcage or something. Plus, the smell of anything made me vomit—not just for the first few weeks, but for the entire pregnancy. All 9 ½ months of it.

That’s correct. He was two weeks late. Imagine how pleased I was. I would walk up and down the stairs, jump up and down, curse out neighbors—any of those tried and true methods of encouraging the baby to just come out already.

None of it worked, until March 12. We were facing a very late blizzard and the boy decided it was time.

Not, like, immediately. I was to face hours and hours of lies as George—eating from a basket of candy that, I still feel confident, was meant for me—would join in the doctor’s chorus of, “Just one more push!”

Oh, the string of expletives that would follow such deceit. So bad that I won’t repeat them here, and I’ve already said fuck at least twice. That’s how bad.

That, friends, is just bad geography. As the door opened and closed, opened and closed while nurses and technicians came and went, I got—impatient is not the word, but it’s in the area code.

“Do you think we could keep the door closed?” I asked politely in between screams of pain. “It may be just a birth canal to you, but I’d rather not share it with passersby.”

I’d have smacked somebody if I could have, but that’s the other real drawback of pregnancy—immobility.

Anyway, sometime after 11, after George had eaten all the good candies from my basket and Married with Children reruns were on the wall-hanging TV, Donovan Riley joined us.

All giant head and tiny body and furrowed brow, he looked very worried. And he should have been because we were all about to be tossed out in a blizzard since we had no insurance or earthly way of paying for a night’s stay at a hospital.

Or maybe he was worried about the cluelessness that wafted like a fog off his parents.

Oh my God, we were parents.

And maybe we didn’t suck at it because here it is, 25 years later, and he is the very best, bravest, loveliest person we have ever known. 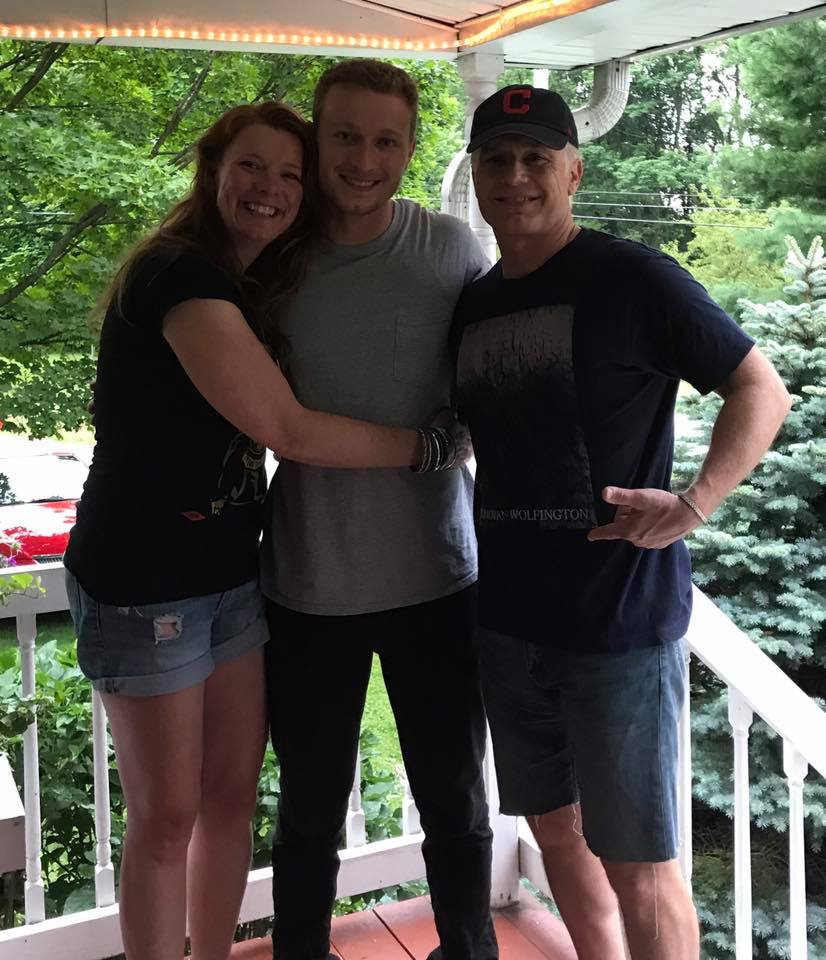