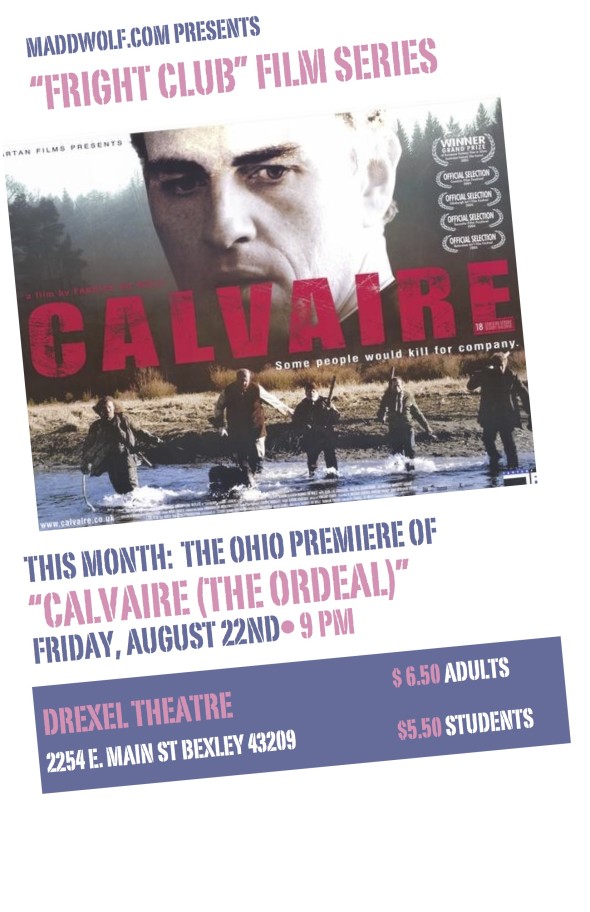 Join us Friday, August 22nd for the next installment of Fright Club – now at 9:00 pm! The earlier start time should allow us to discuss the film after the screening. Prizes and fun before start time, too!

This month we proudly present the Ohio premier of Calvaire (The Ordeal), a bizarre and terrifying trip into madness!